Stephanie Meadow may have started the final round seven shots off the lead in a tie for fifth at the 2018 IOA Championship presented by Morongo Casino Resort & Spa but she finished strong to claim another win.

Posting  2-under par on Sunday including a grandstand finish with birdies on two of the last three holes was enough to put Meadow in a tie for the lead and force a playoff with Carleigh Silvers.

Meadow who already has a win to her name on the Cactus Tour this season drained a 40-foot birdie putt on the first playoff hole to claim her first win on the Symetra Tour where the Top 10 at the end of the season will earn their LPGA Tour cards.

The Jordanstown native commented took to social media straight after the event saying. “I did it !! First @road2lpga win at the IOA Championship. I made a 40ft putt in the playoff to win! Thank you to my entire team. It has been one hell of a journey the past year!! Thank you for never giving up on me!! Excited for the rest of the season”

Speaking to Irish Golfer earlier in the week Meadow was in confident mood and knew her game was close. “It’s the first time I’ve hit the ball really well in a long time, so I feel pretty comfortable.”

Having come back from a serious injury in recent months Meadow is plying her trade between the local Cactus Tour where she is honing her game and the Symetra Tour where she is aiming for a Top 10 which would get her bac on the LPGA circuit for next season and she knows that momentum is key to her goals.

“Winning is winning, it doesn’t matter where it is,” Meadow said. “It’s just a learning curve. If you can get confidence any way you can do it and come out here and not feel kind of rusty. It’s only the second event of the year, but I’ve played a ton of Cactus (Tour) events, so I don’t feel like it’s the start of the year. I’ve never had that (feeling) before.”

The win, coupled with a new bag from her sponsor Investec, has Meadow feeling good and looking forward to an exciting season ahead. 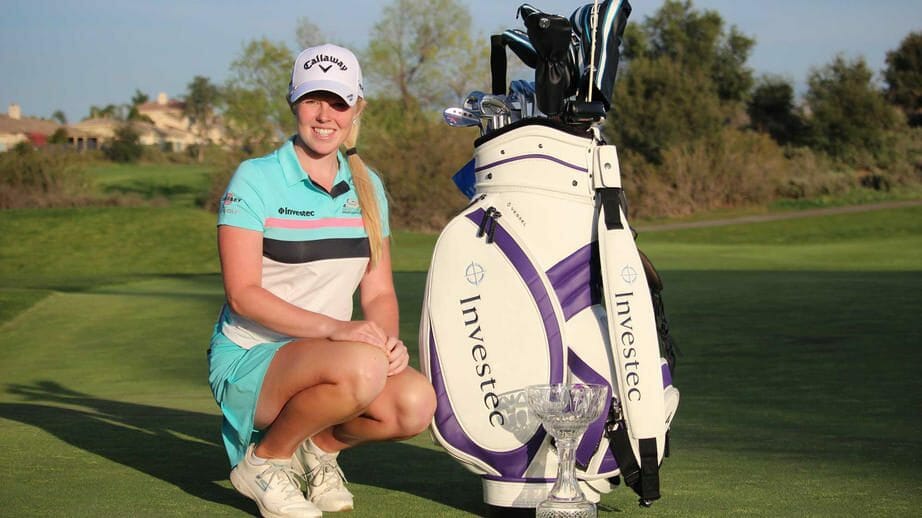