McIlroy looking for a repeat of sentimental Irish Open win 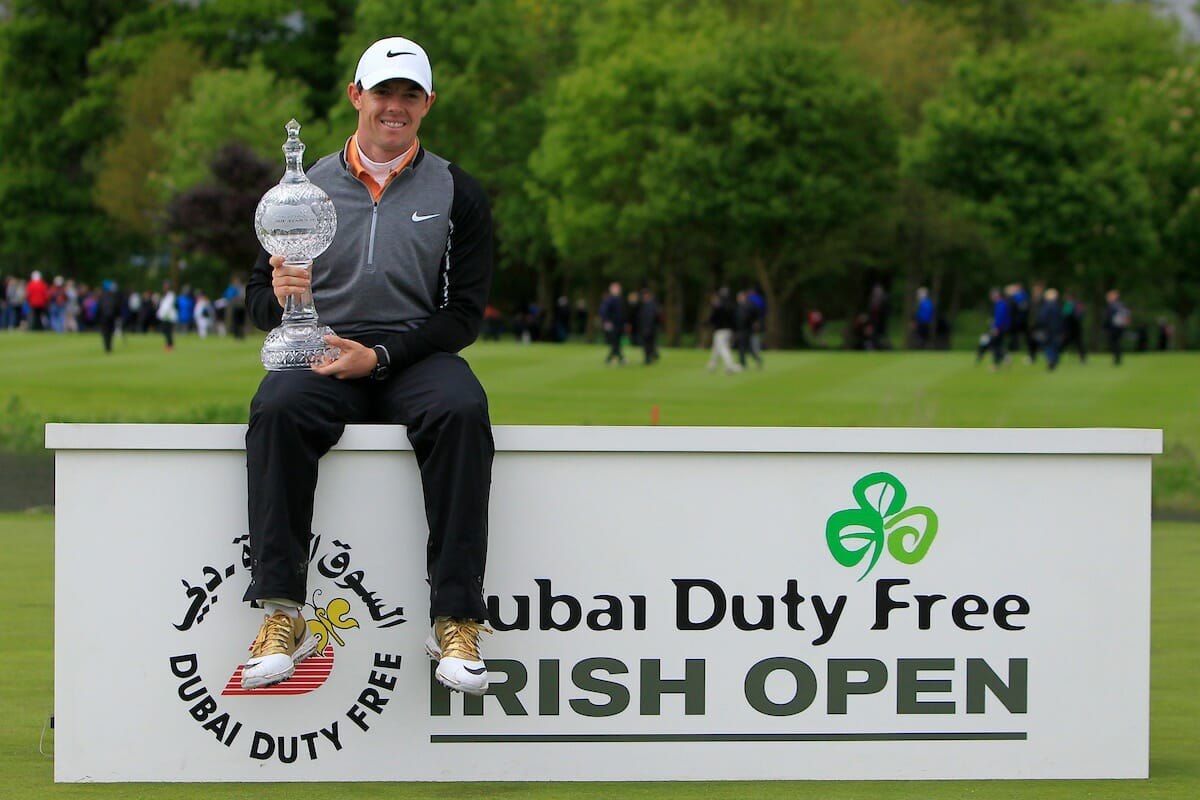 McIlroy after winning at The K Club in 2016

With Rory McIlroy describing last year’s stunning Dubai Duty Free Irish Open win as “sentimental value” he heads into the event later this week at Portstewart looking now at the historical significance of becoming the first repeat winner in 20 years.

Scot Colin Montgomerie was the last to win back-to-back Irish Open’s 1997 and the current World No. 3 ranked McIlroy heads a cast of nine Major Champions, 26 Ryder Cup stars, a dozen former Irish Open winners and strong contingent of 17 Irish in the richest ever Irish Open.

And as tournament host, Portstewart is going to be unique for McIlroy as it will be the first occasion in his career he is defending champ at an event he acts also as host.

“It is going to be unique in my career and something I can say I have never enjoyed before in my career”, he said.

“I am excited not just to be going back as defending champion but for all that goes on during Irish Open week as it has become a busy week for me with so much going on. I am very excited that we have such a great host course as Portstewart and we have such a good date, and also the event is part of the Rolex Series.  As well, we have some really great players competing this year, so it is already shaping up to be a great week”.

A year ago, with the weight of the entire Irish sporting community on his shoulders, McIlroy pulled off the shot of his season in landing his penultimate shot down the 72nd hole at the K Club to just two-feet and winning like the true champion in holing the eagle putt.

Not since the emotional scenes a decade earlier at the Ryder Cup could the noise of an Irish triumph be heard in golf clubs and pubs across the nation.

And the image of that 252-yard haymaker meant so much to McIlroy he wasted little time is pasting the pic as the backdrop to his Twitter page and where it remains more than a year on.

“It is a cool photo with everyone around the green and it was one of the best shots I played all year, last year,” he said.

The win was a first by an Irishman since Padraig Harrington won eight years earlier at Adare Manor but to McIlroy it was special and for more than just the joy of a first national Open title.

“Winning a first Irish Open last year at the K. Club is up there for sentimental value, I guess”, he said.

“It meant so much to me to win my first Irish Open as people hopefully in many years to come will look at my career resume when I have finished competing and pan down to notice that I won an Irish Open but then I do want those people to also notice that I won it more than once, as that is my goal.”

“Hopefully, I can kick start my year after the injuries and time off I’ve had this year with a second Irish Open win.”

But then there is a price that comes with the uniqueness of both hosting and defending the event.

“It is something that I have struggled with in the past until last year as I felt that was the first time I finally felt comfortable embracing that pressure of being the home favourite.

“But then to have the Irish Open return to the north two years after we were at County Down, and a few years more when we saw the crowds at Royal Portrush is amazing, and it will just be unbelievable if we get those same crowd numbers as we had in 2012 at Royal Portrush.

So, I am also very excited from that standpoint”.

But ahead of the excitement of the 2017 Dubai Duty Free Irish Open there is a little secret McIlroy felt slightly embarrassed to reveal.

“The funny thing is I have played every other golf course around Portstewart including Castlerock, Royal Portrush and many others but I just have not played competition at Portstewart,” he said.

“So, the first two weeks of this three-week spell I will be competing on golf courses I have not played in competition. Of course, I have not played an Open Championship at Birkdale but I was there in 2005 contesting the British Amateur and I have hosted a few corporate outings at Birkdale and I was over there this past week playing a practice round.”

“So, Birkdale is the one course of the three over these next three weeks I do know the best. But then I have a pretty good record of doing well on golf courses I played for a first time and hopefully I can draw on that fact again this week.”