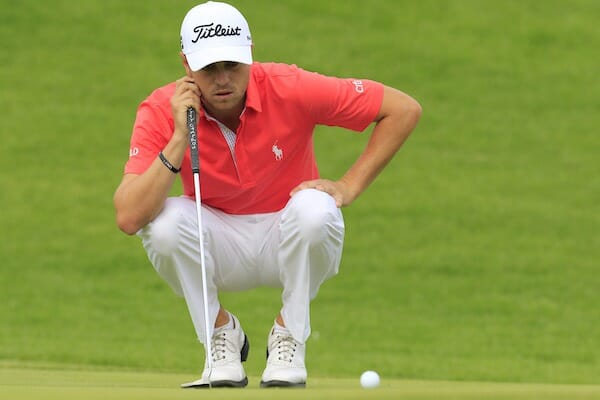 I was playing on the Challenge Tour when the first sub 60 round on any European Tour was made.

The date is 26th May 2006 a normal Friday, day two of another tournament. I’m in Morocco playing in the Agadir Moroccan Classic an event on the Challenge Tour Europe’s second tier tour. It’s one of the first events on the Challenge tour calendar for 2016. Nothing special about this event just a typical stop on the Challenge tour, a nice course a nice hotel beside the beach and no crowds watching. A lovely place to go on a holiday but I’m there for the golf. I won’t even see the beach.

I opened with a nice 67. I was 4 shots behind my playing partner and leader after round one Adrien Mork, a young French guy who shot 63. Day 2 you might think there would be a crowd watching the tournament leader but not on the Challenge Tour, it didn’t matter who was leading the tournament, the crowds were non-existent.

We teed off in the afternoon hoping to consolidate our positions and put ourselves into position for a big week and set our seasons up. But what I was about to witness was beyond my wildest dreams.

We started on the 10th on this 6500 yards well-manicured course. The weather was lovely. The course had been well watered which meant the ball wasn’t running too far on the fairway but made the greens very soft. As they would say on TV it was target golf. My playing partner was again Adrien Mork and he starts off with a birdie then a par and then rolls out 4 straight birdies. He was -5 after six, a good start but you think to yourself to try and get close to Adrien he was now leading the tournament by about 4 shots. It’s always nice to play with someone who is going well, it definitely helps you play better. Another birdie on 17 to get to -6 for nine holes and a 29 on this par 35 back 9. I had shot 29 a couple of times myself and you do think about the holy grail 59. But you still have to make six more birdies in nine holes to break 60.

A par on the first and the dream lives on but the chances are reducing. The 2nd hole was about 430-yard par 4 with trouble behind the green. Adrien hits his second shot long into bushes and hacks at it and doesn’t make the green. Another chip onto the green to about 10 feet and a missed putt for a double bogey well there goes the chances of breaking 60 well that’s what I thought.

In a funny way the pressure was off and the fireworks began. Seven holes to play eagle, birdie, birdie, birdie, birdie, birdie and now -11 with one hole to go. A birdie to break 60 the par was 71. I remember trying to count it up in my head and think Adrien needed a 3 for 59 but I had almost lost count I was in a daze. I’m not sure what he was like.

He hit a good drive down the right side of the fairway, just managing to avoid a fairway bunker. The second shot was to an elevated green. He hit it lovely, but we weren’t sure how close it was. When we got up to see it, it was 15 feet. Calmly, as he had done all day, he rolled it in for a 59. The three of us and one caddie erupted and no one saw it. We even had to explain to the score recorder at the back of the green that Adrien had just shot 59. This was the first sub 60 round on any European Tour. As yet there has never been a sub 60 round in a full European Tour event and only one other on the Challenge Tour in 2016.

There has been about 1.6 million rounds of golf played on the PGA tour and only seven have been sub 60 and then in the last few weeks we got two to make it nine in total.

To me the reason is simple, the greens are better. That day in Morocco Adrien had 21 putts. You have to do this if you are going to break 60. You will never break 60 putting badly, it is almost the perfect round.

I think we will always have more sub 60 rounds on the PGA tour as the rough is less severe than Europe. The PGA Tour want low scores and there are lots of good players. By the way, Adrien went on to win that tournament and a European Tour card for the 2007 season but lost it that same year. I think he now teaches golf somewhere in France. I shot 75 and missed the cut by two but I will remember that day in Morocco for ever.