The early starters were greeted by an ethereal mist drifting off a serene Lough Erne as they got underway this morning, hoping not to see their ball disappear beyond it where a watery grave awaited, as the fabulous surroundings of Lough Erne Golf Resort provided the latest test in the Irish Golfer Event Series.

With competitors travelling from as far afield as Wexford, Limerick, Dublin and Sligo to take on the course designed by Nick Faldo it proved a tough test of golf, while the laughter and craic was abundant on the first tee and again in the clubhouse apres golf.

In Category #1 (Gents up to 11 handicap) it was Rathdowney’s Martin Devlin who took the first prize spoils with an outstanding score of 42 points (winning on BB9) off an 11 handicap with his magnificent 7-iron to 1’5” on the 5th providing a highlight for his day as it also bagged him the nearest the pin prize, a GolfBuddy LR7.

The places in Category #1 were completed by Liam Hickey from Thurles who also had 42 points playing off 9 to win a TaylorMade 3-Wood, while Robert Nolan of Blessington Lakes returned 41 points off a 10 handicap to round out the prizes in the category, winning a TaylorMade Hi-Toe wedge.

In Category #2 (Gents 12-24 handicap) Mark Tobin from Rathdowney bagged 40 points playing off 16 to win, and he joins Devlin at the Grand Final in the K Club (Palmer Course) in October. Michael Lysaght made his first Irish Golfer event a special one as the Tulfarris golfer bagged 36 points, also playing off 16, to claim second place and with it a TaylorMade 3-Wood, while Wexford’s Ian Nolan will be having plenty of short game practice with his new TaylorMade Hi-Toe wedge after his 35 point return playing off 12.

The Ladies Category (0-36 handicap) was hotly contested with a TaylorMade Kalea Driver, 3-Wood and Rescue Club on offer for 1st, 2nd and 3rd respectively. K Club member Maire Kearns took first place with 42 points off a 24 handicap, beating out fellow K Club member Zenia Martin in second place with 34 points also playing off 24, with Deirdre O’Connor from New Forest in third on 31 points.

The three category winners join those already qualified for the Grand Final at the K Club in October with some players also starting to make headway on the Nature Valley Order of Merit where a players’ top four cards for the season count towards an overall score, with the top-10 players not already qualified for the Grand Final, also being invited to compete.

The next event takes place at Galway Bay Golf Resort on Friday May 24th and there are still some places remaining.  To book CLICK HERE 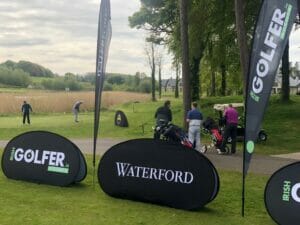 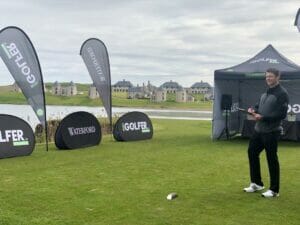 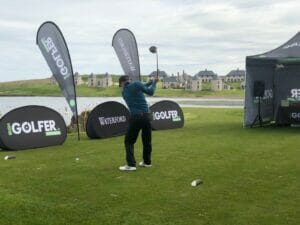 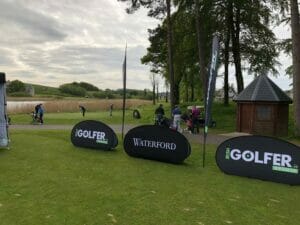