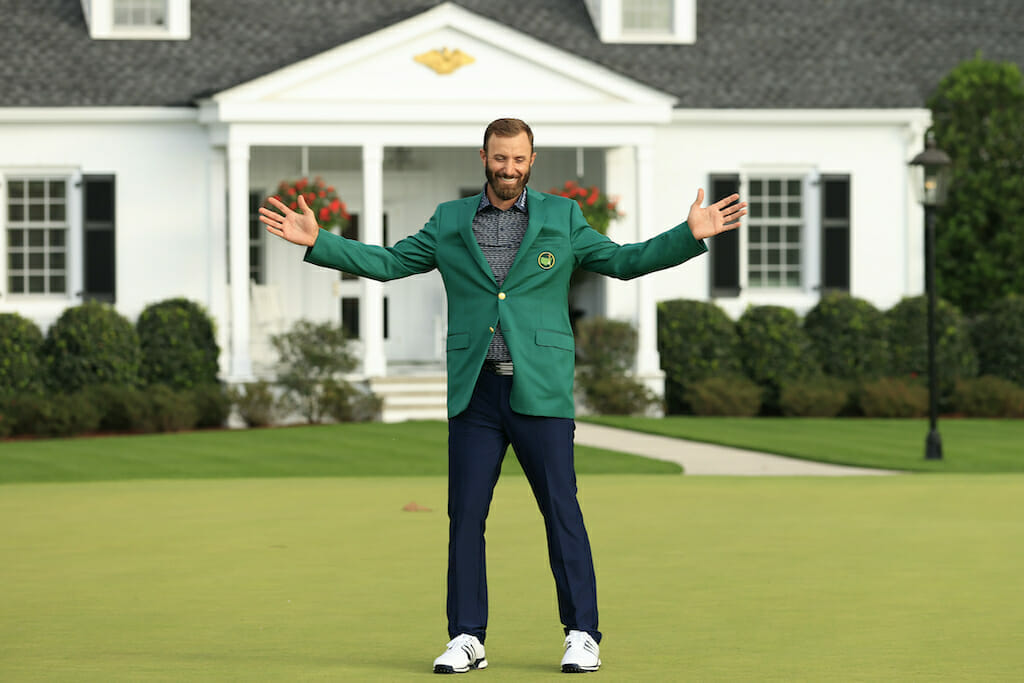 Stripped of its blazing, Spring-time flora and without any patron’s cheers and groans wafting through the pines to unnerve the participants and make their hearts beat faster, I was certain before a ball was struck that Augusta National would be unable to re-create its normal ‘last nine holes on Sunday’ passion and atmosphere.

On paper it may appear that a five-shot, winning margin and a tournament record score of 20-under par reflects a defenceless golf course and an outclassed field, but that is far from how a tense final round featuring outstanding play by the two, most gallant of runners-ups, evolved. Sungjae Im and Cameron Smith on 15-under par would have finished first every other year except four.

Little by little, shot by shot, Dustin Johnson’s acute ability to control the distance he hits his wedge approaches separated him from the field. Not so much amplifying the softer than usual underfoot conditions but underscoring his position as the undisputed No. 1 golfer in the world. How surprising it was to learn that it is 18-years since a World No. 1 has won The Masters.

Winning can feel so easily achieved AFTER the fact but only because DJ has found the wisdom and application to make sure he played a tight game all the way to the bitter end. Apart from bogies on the difficult 4th and 5th holes, he never allowed anyone the chance of catching him, let alone passing him. In the end, a smiling Johnson sauntered into the Butler Cabin to claim his destiny from a gracious Tiger Woods, who seemed genuinely pleased to place the coveted green jacket on DJ’s shoulders.

How foolish it was of Bryson DeChambeau, the hyped-up, pre-tournament favourite to claim that the ‘real par’ of the course (for him) was 67. Such disrespectfulness came back to haunt him even if he was proven correct that -20 for 72 holes was a realistic target. The unforgiving Gods of Golf rarely tolerate such boastfulness. Bad luck dogged Bryson’s efforts throughout until the final indignity occurred when the big-hitting Californian inexplicably lost his golf ball on the short par-4, third hole during the second round; duly running up a triple bogey seven on the hole he had planned to eagle at least once by driving onto the green with a 3-fairway metal.

Maintaining a composed, laid-back and steely equilibrium with as few thoughts (technical or otherwise) going through his mind is the way DJ plays golf. For now, he is an untouchable World No. 1. DJ keeps his own counsel and prepares for each shot by visualizing the flight of the ball in his mind’s eye, and then hitting it as quickly as possible. By comparison, he takes an inordinate amount of time to study his putts but putting is a game within a game with different procedures applying.

Roll on, April when (hopefully) the crowds and flowers will be back, and the course will be drier and a lot faster. I reckon DJ will be ordering a casual dress, outdoor cowboy-style barbeque for his Champion’s Dinner on the eve of the 2021 tournament. Such informality would suit his South Carolina upbringing. He may have begun planning it after splitting the fairway with his final drive but not before.