Carey convinced he can win on Open debut 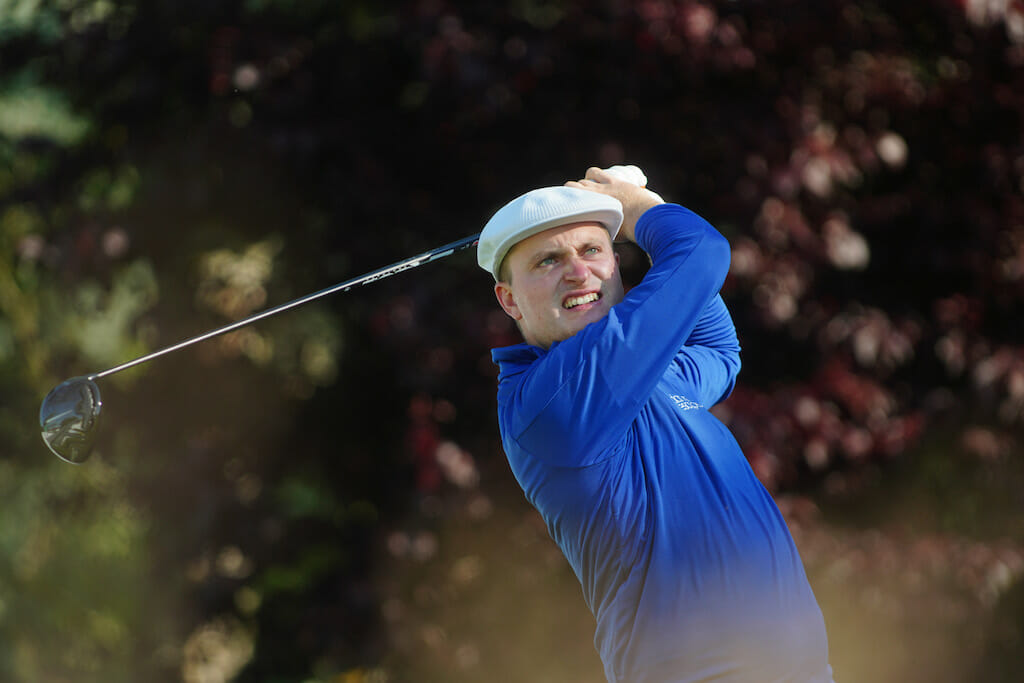 David Carey sees no reason why he can’t contend on his Open Championship debut and plans to go on the offensive this week in St Andrews with driver in hand.

The big-hitting Darwin Escapes professional booked his place in this week’s field as top qualifier with rounds of 68 and 69 at Fairmont St Andrews last month.

An Alps tour regular, this will be the Dubliner’s biggest professional start by some distance at the $14m major but despite the significance of the 150th celebration, Carey is treating it like he would any other tournament, and by consequence, he’s in it to win it.

“If I’m entering a tournament, I’m here to try win it,” Carey said on Monday after playing nine holes with Bryson DeChambeau.

“I’m not here to go home and tell everyone I played with Tiger or whoever it may be. You’re here to compete and to try to do your best.”

Some 290,000 people are expected to pass through the gates this week in a record Open attendance but far from put off by the thoughts of playing before such galleries on a historic stage, Carey is relishing the prospect.

“This is where you want to be. This is what all the practice is for,” Carey said having arrived to St Andrews on Saturday night before playing a few holes with Keegan Bradley as part of his 18-hole stint on Sunday.

“Having people out to watch us, signing autographs, it’s fun. It’s fun when you tee off and you hear people kind of gasp… I love all that.

“It just gives you a chance to show off and show people what you can do. I don’t know exactly how I’m going to feel on Thursday but this is what I want to be doing. I don’t think it’s going to intimidate me.

“Whether I get a little nervy or not, it will be more a feeling of getting pumped up, rather than not being able to play nervous.

If Carey was one to feel wide-eyed going into such a spectacle, mornings like Monday alongside one of the game’s most intriguing characters would go a long way towards settling the jitters early in the week.

Carey and DeChambeau aren’t quite cut from the same cloth but they’re not a million miles apart either. They both saw the game in their own unique way beneath their flat caps, unconventional swings creating raw power with the potential to bring the Old Course to its knees.

“We both use GC Quads so we both had our numbers out – he was looking at mine, I was looking at his,” Carey said, no stranger to going low having shot a 57 on a par-68 on the Alps Tour.

“His quickest was 190mph ball speed today. Mine was 187. On the par-4 12th, we both hit it over the back beside each other. There wasn’t a whole lot in it distance-wise. I think he probably has me if he really goes at one but he hit more irons off the tee and I hit more drivers so that balances it out.

“It was just interesting to see how he went about his practice round. He’s won the U.S. Open and big events so it’s nice to chat to him. He’s a big Hogan fan and we were chatting about that. Chatting about the golf machine. The putter and shaft we’re using. Just golf chat really. He was a nice guy, friendly and wished me the best of luck.”

Carey might need a touch of luck if his game-plan for the week is to come to fruition on a firm and fast Old Course.

“For me, it’s driver everywhere, except on the first,” Carey revealed, identifying 9, 10, 12 and 18 as driveable par-4s with another one or two almost within reach.

“Most bunkers end at 300 and I can take it over all that. The rough isn’t that deep. You can’t hit it right in St Andrews because that’s their out of bounds side but if I hit it straight or left for the week, I shouldn’t be in a whole lot of trouble.

“If I hit it straight I can go at the flag. If I hit it left into the rough it will be a case of going for the middle of the green. There’s not enough rough to make you worry about losing a ball. You’ll just lose a bit of control on the second shot.”

Carey plans to play another 18-holes on Tuesday before a hopeful 9-holes alongside Pádraig Harrington on Wednesday as he finalises his prep before Thursday’s off.

With local caddie David Williams on the bag to boost an extensive prep, Carey will have no shortage of course knowledge come game-day. That, combined with winning pedigree, albeit on Alps, has instilled Carey with confidence that should his game be firing this week in St Andrews, making the cut isn’t a big enough target. A life-changing week is within reach, for player and Carey punters alike!

“You make the cut, yeah you might get a nice cheque but if you win The Open, that gives you exemptions into everything, you can play whatever you want so the win is what you really want,” he said.

“I mean, I’m looking at the course, previous winning scores are 15, 16 and 19-under. I don’t know if it will be the same this year but from what I’ve seen so far, I definitely feel like I can do that so I don’t see any reason why I can’t compete.

“And from what I’ve heard back home, there’s been quite a few guys putting some bets on me so I wouldn’t mind if they can get a bit of a boost out of it as well!

“At the end of the day, it’s a golf tournament and I’ve won five of them. You’re nervous trying to win any tournament so you either play well and you have it on the week or you don’t.

“If I have it, I don’t see any reason why I can’t get into contention and get the job done like I’ve done other times.”