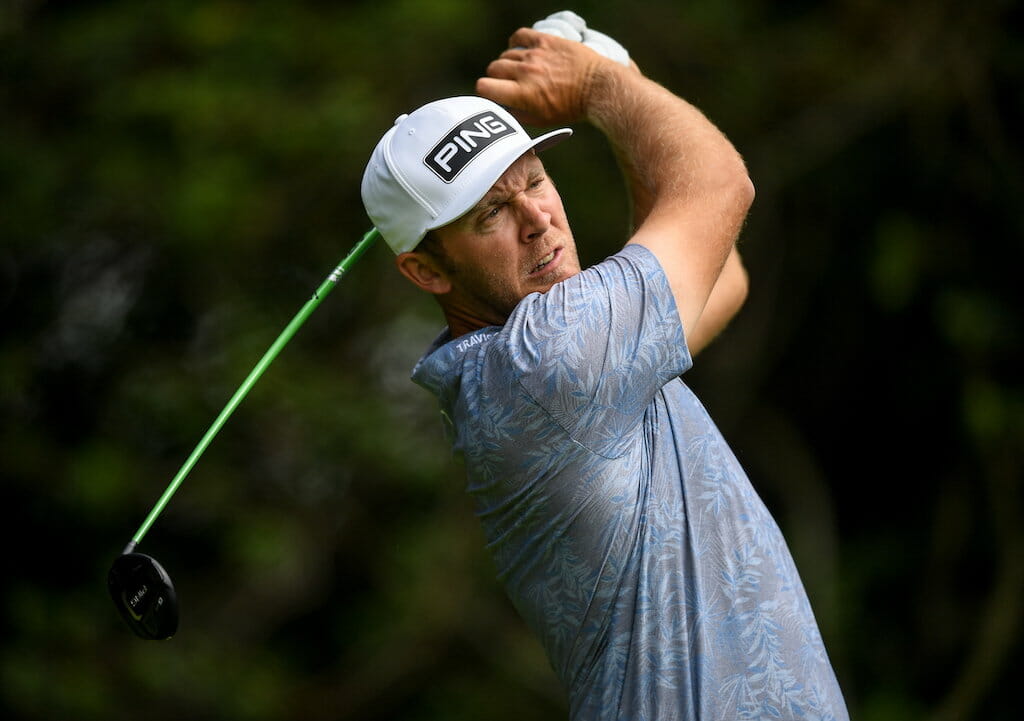 Ahead of this week’s Horizon Irish Open, Séamus Power insists he hasn’t stopped climbing golf’s world rankings as he continues to seek improvements in his game.

In just over 12 months, the West Waterford star has bolted more than 400 places up golf’s world ladder, highlighted by a first PGA Tour victory last year at the Barbasol while he has also earned over $3 million with the help of five top-10 finishes this term.

Power will also play all four Majors for the first time in his career this year having made the cut at all three so far – T27 at the Masters, T9 at the PGA Championship and T12 at the US Open – yet although his arrival on the scene might seem like a revelation to the outsider looking in, the 35-year old has seen more than enough along the way not to be surprised by his current place in the game.

“I think just being 35, starting in the Majors makes a difference because I’ve already seen a lot and I’ve been around a lot of players. I’ve seen guys that I’ve played with win Majors and win big tournaments,” Power said.

“It gives you a little bit of inner belief that the gap isn’t that big. But still to put it on paper and put up some good results is very encouraging.”

Now ranked 36th in the world, Power will tee up in Mount Juliet as the fourth highest ranked player in the field behind Thomas Pieters (34), Tyrrell Hatton (27) and Shane Lowry (24).

Alongside Hatton and Lowry, he will also make-up the marquee three-ball over the first days in Kilkenny but while Power’s current stature, cemented within the world’s top-50, is a far cry from his satellite tour money-games of yesteryear, he’s far from satisfied with his lot as he now takes aim at golf’s next level.

“And the goals have definitely changed. I do believe I can continue to climb, and I still feel like this is my first season getting into the big events.

“But it still comes back to your own game. It’s setting the goals in between that are the most important ones to me; how am I going to get there rather than where you want to get to.

“I know where I want to get. I believe I can be one of the top players in the world.”

Power speaks from a position of knowledge when it comes to identifying the path to improvement. It was his decision to move away from coaches after a chat with Dr Bob Rotella and take ownership of his swing that reaped the rewards he enjoys on weeks like this one. At the same time, that path to improvement could prove a treacherous one filled with potholes should he try to force the issue.

“This is always a tricky thing with golf,” Power explained.

“Sometimes that search for constant improvement can really lead you down a bad path. That’s where it’s difficult.

“I think we have enough stats to know where your little tweaks can come, but it’s only going to be little tweaks.

“And that’s going to be the biggest thing for me mentally. Physically, I’m very happy where my game is. Some weeks are going to be better than others, but I know what I’m doing with the golf ball.”

Power will hope to reacquaint his ball to its trusty string for what should be one hell of a homecoming before packed crowds at Mount Juliet. It will be Power’s first appearance at an Irish Open since Lahinch in 2019. For a man who’s spent more time teetering around the 125th spot on the FedEx standings than he’d wish on anyone, getting home for his National Open was never straightforward.

That was, until this year, where Power sits proudly in 23rd spot on the standings, comfortably through to the PGA Tour’s end of year playoffs with events to spare, affording him the luxury of focusing firmly on home success at an event that means so much.

“For an Irish person growing up in Ireland, The Irish Open is so special,” Power says. “I have great memories. When The Irish Open was at Fota Island, local golf clubs would get a hole, and you would steward and stuff.

“So we did the 13th hole in Fota Island, and that’s probably 20 years ago or even more, and it’s one of my earliest memories in golf, and it was so special watching the guys play.

“And I’ve seen the scenes of Shane winning, Rory winning. Playing in front of your home fans and home country, it adds something to it. No matter what the size of any purse or anything like, it’s never about that.

“For me, it’s definitely one I’ve dreamed of winning for a long time. So hopefully I can get myself in a good spot for Sunday and see what happens.”

Power plays alongside Lowry and Hatton for the first two days. The trio get underway from the 10th tee at 8am Thursday.