Horschel etches his name alongside ‘The King’ with BMW PGA triumph 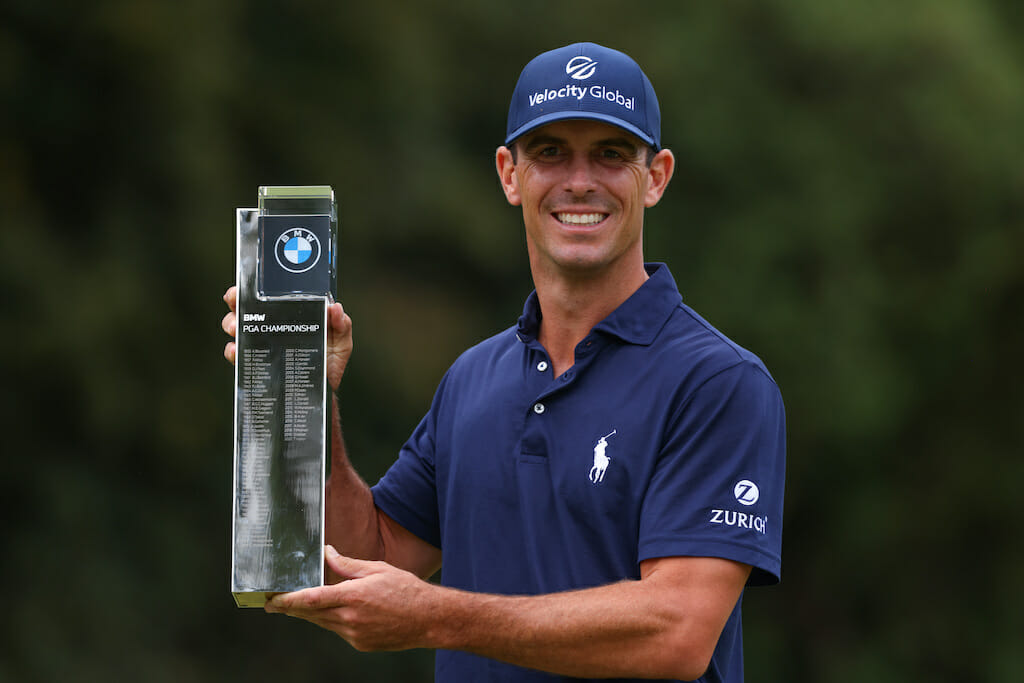 Billy Horschel made a stunning closing birdie to fulfil one of his great golfing ambitions and win his first Rolex Series title at the 2021 BMW PGA Championship.

The American watched the event on television as a child and fell in love with Wentworth Golf Club when he finished in the top five on his debut two years ago.

The 34-year-old said he would rank a win at the prestigious event alongside a victory at The Players Championship, and he carded a closing 65 to finish at 19 under and beat Thailand’s Kiradech Aphibarnrat, home favourite Laurie Canter and Welshman Jamie Donaldson by one shot.

“Man, I’m speechless, which is very, very rare,” Horschel said. “As I’ve said two years ago and as I said this week the crowds are absolutely unbelievable here and they supported me when I came over in 2019 and they supported me this year. Played really good today, really well. Obviously missed a few putts. To win this event means a lot.

“I think started off, making par at the first was huge. Fooch (his caddie Matt Fucher) and I played a flyer like we have all week and hit it over the green and made a big putt for par. I played really great all around. Making the birdie at 15 was huge. Getting me I think tied for the lead at the moment at 18-under with three holes to play, three birdie holes, and I knew if I could birdie two of the three I probably would win the event. But one birdie was good enough.”

Horschel already has a World Golf Championships title under his belt this season and this victory moves him up to second on the Race to Dubai Rankings in Partnership with Rolex. He becomes the first American to win a Rolex Series event and just the second to win the BMW PGA Championship after the great Arnold Palmer in 1975.

“To add my name to Arnold Palmer, that’s legendary stuff. That guy, if it wasn’t for him, we wouldn’t have this modern era of golf to play in front of thousands of fans and big sponsors. Tiger Woods took it to another level but Arnie is the one who started it.