Can Harrington draw on Mickelson magic to mount hat-trick bid? 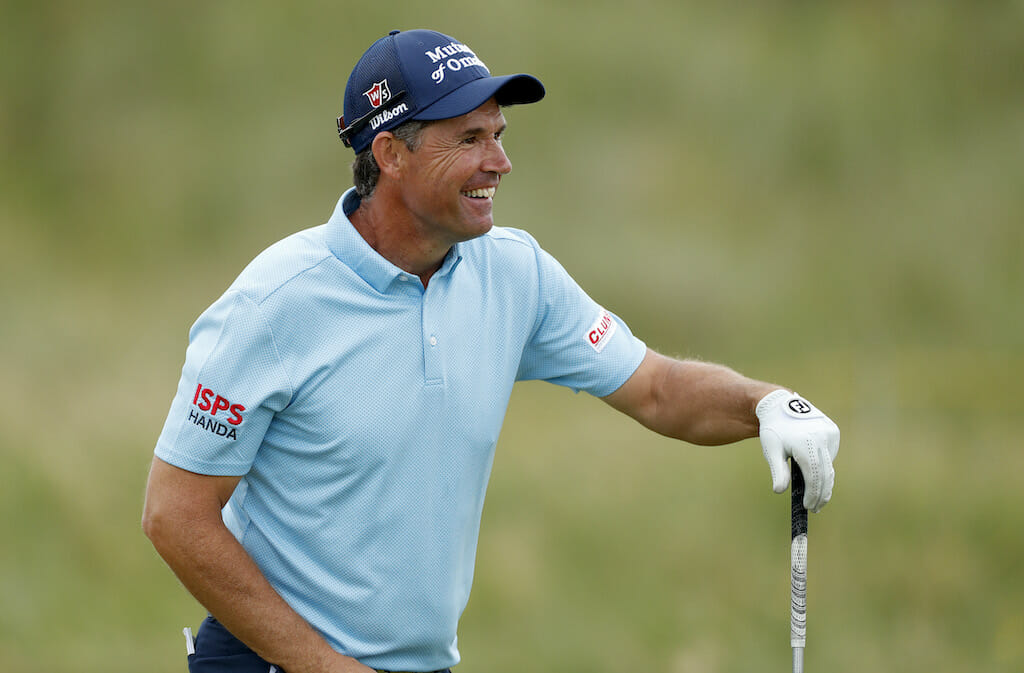 When Padraig Harrington was drawn alongside old rival Phil Mickelson for the first two rounds of the PGA Championship at Kiawah Island, he admitted that both players had reached the hopeful stage of their careers.

The now 49-year old Harrington conceded that everything would need to come right in a given tournament week for him to mount a challenge, though he did suggest that Mickelson might be a tad more hopeful than him.

As it turned out, the vintage pairing rolled back the clock, playing themselves into the weekend rounds with ease. Harrington sounded the warning signs ahead of golf’s traditional moving day:

“Phil has the bit between his teeth and I think he believes he can do it in these conditions, just like myself,” Harrington said on Friday.

“Myself and Phil would find it easier to compete on this style of golf course in these conditions in a Major tournament all the time. You can be patient on these courses, and obviously you’ve got to make a few birdies, but it suits somebody who is a player, somebody who is thinking.

“I’m bullish about where I am and I’m sure Phil is too. He’s going to push no matter what. He’s not here just to make the cut. I’m a little bit like that, too. I’d have no interest if you turned around to me this week and said to me now I’m going to finish 10th, I’d actually say no, because it doesn’t do my career any good.

“It doesn’t do Phil any good. That might make it harder for us at times because we over-push and over-try because winning is the only thing that will bring any satisfaction to myself or Phil.”

It’s an insight into the mind of an unshackled Harrington, three-times a Major winner and twice, in 2007 and 2008, the Champion Golfer of the Year. As it turned out, the Dubliner’s halfway assessment of the PGA Championship panned out just as predicted; Mickelson taking the weekend in his stride to become the oldest Major champion at the ripe old age of 50.

That in itself would’ve been inspiration enough for Harrington heading to Royal St George’s but as Mickelson stole the limelight at Kiawah, Harrington played his own part in a historic week for golf, signing off with a three-under par 69 to finish in a tie for fourth alongside Shane Lowry – his best Major finish since the US Open in 2012 but also proof that if conditions turn in Harrington’s favour, as they easily could come Sandwich in July, that anything is possible for Europe’s more than capable Ryder Cup Captain.

“We all dream it can happen and we push for it and it keeps me getting up in the morning, it keeps me practicing. This result does add a bit of confidence. I’m not too far away.”

Harrington tees up on day one alongside Australian Brad Kennedy and Englishman Sam Forgan at 12.42pm.