The Sound of Silence* 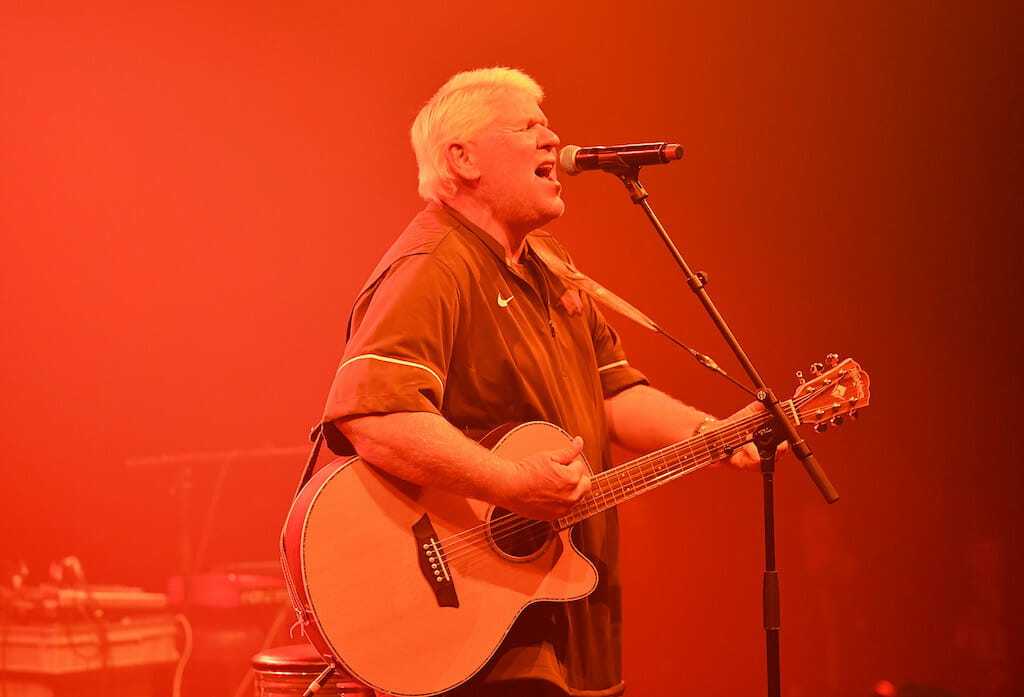 Last week I wrote about an old research survey that tackled the potential injuries a golfer can suffer by carrying clubs… or even by pulling a trolley. But there was another survey I alluded to, and this one could lead to injuries, too… if of a different hue.

In a recent social media survey, @Lebatardshow (based in Florida) asked its 446,000 followers: “Is the worst thing to happen to golf people listening to music on the course?”

Turns out this is a heated subject. There were 13,600 responses of which 46 percent agreed… meaning 54 percent don’t see a problem with music on the golf course.

I died a little that day.

Here are two comments from opposite sides of the aisle: “Nothing like going out in nature to enjoy the serenity of nature and then hearing some drunken, unfit yobbos in a golf cart, playing loud music. If that ever becomes a thing in Australia, I quit.”

“I think every tee should have WWE style music as you approach. Golf today is too low energy. Gotta pump up the jam! Imagine approaching a swampy bog with alligators, you NEED to have some foreboding Undertaker music. Boom. Entertainment.”

I confess that I have never heard music being played on a golf course and Ireland seems to be relatively free of this at the moment, but it is a growing thing in the US – home to so many great ideas, such as gun ownership and voting Donald Trump president – and that undoubtedly means it will affect things here… eventually.

I get the argument that music adds a new dimension to the game and allows people to express themselves, and that’s fine – assuming it’s not Country music – but it comes down to a matter of balance… and etiquette. For every golfer happy to play music quietly on their phone as they walk a fairway (why, I don’t know) there’ll be some yob who cranks up the speakers he’s attached to the back of his buggy. Yes, some brands of buggies now come with Bluetooth connectivity so golfers can bring their own speakers to the course. They’ll pump up Kanye West and not care that golfers three fairways over – or even in their own fourball – have to endure the music.

It’s another dangerous balancing act: governing bodies and golf clubs may want more people playing the game and are therefore prepared to explore new avenues, but if golfers bring their music to the course I can promise you more established golfers will leave. And by ‘established’ I don’t mean old. I mean people who cherish the game.

OK, so I could probably handle music being played on the course as long as I knew in advance that it was going to be part of the day/round – say, some kind of charity event – but can you imagine it during a Medal? Kanye West from one fairway competing with Garth Brooks on another! No, no and no!

And yes, of course there will be people who say that music is fine as long as it’s contained or limited to inside a golf buggy… but how do you control that? How do you stop the morons who turn up the volume at a crucial moment in your backswing because “I really like this track”?

I’m sure a lot of young people reading this will think it’s a dumb argument. How could music be a problem? “It’s my space, my time… what a cool idea.” No it’s not. That space is shared with others who may not want or like your music, and who enjoy the peace and quiet of a golf course. Golf has always been a peaceful sport – Ryder Cup excluded – where you can get away from it all and lose yourself in your own thoughts. But that’s hard to do if others choose music over common courtesy.

And remember, like so many things that are wrong with golf (ball distance and slow play spring to mind), it’s a Pandora’s Box that once opened, can’t be closed again. That’s my rant over. And excuse the irony as I tend to title all of my columns with a musical reference.