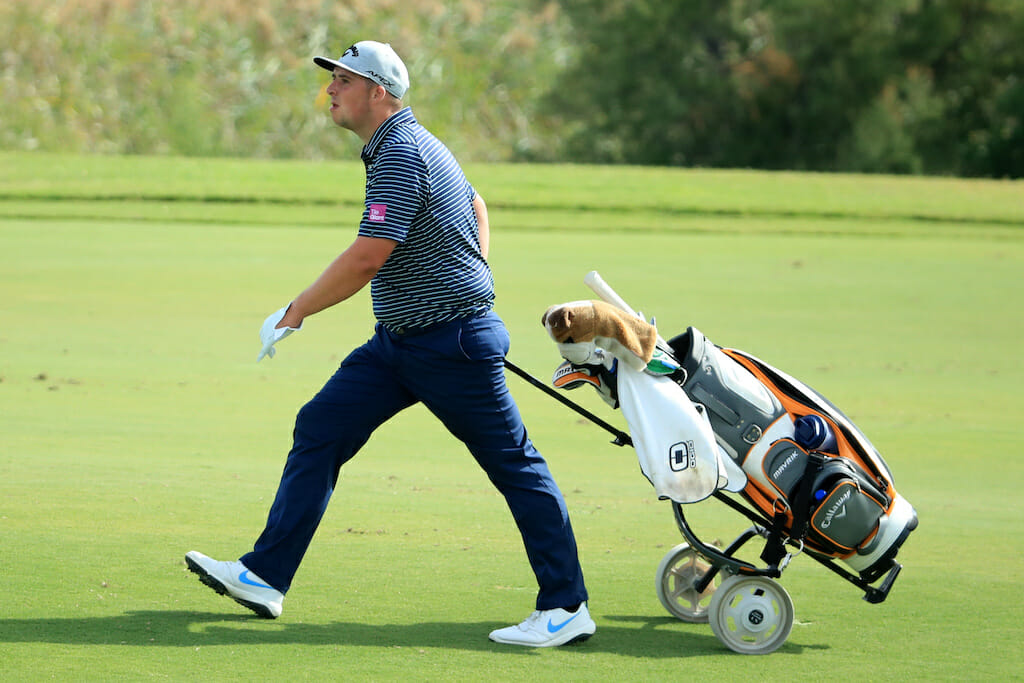 A couple of recent surveys caught my eye. One was an official piece of research; the other was fuelled by social media. In much the same way as tossing an eight iron into the lake causes ripples, the social media survey caused the usual stir from both sides of the argument. I’ll get to that in my next column.

First though is a commissioned study into the effects that carrying your golf bag can have on your body. Years ago, my physio advised me to stop carrying my bag. “It makes you shrink,” she told me. I’m short enough as it is so I promptly ditched the bag in favour of a trolley. Pulling a trolley, she informed me, is also bad for you. Apparently that has similarly bad outcomes.

The study in question is old, as in 2006 old, and my physio had no involvement, I assure you. For some reason the results of the survey have started doing the rounds again on social media and, in a way, it’s worth revisiting some of the results… even if in a world-gone-mad kinda way.

Now, before we go any further, this survey was commissioned by PowaKaddy. In much the same way that chickens in a coup might hire a fox to erect fox-proof fencing, golfers can take on board the findings and sprinkle them with a pinch of salt.

Josh Salzmann, the then fitness coach to Ernie Els, who was also the resident fitness expert at Wentworth, said he was always dismayed when golfers arrived on the first tee carrying their bag. He believes that carrying a bag actually encourages poor body alignment. Antoni Jakubowski, a leading Harley Street doctor of chiropractics, indicates that pulling a trolley is just as harmful as carrying. His regular patients at the time included Retief Goosen, Thomas Bjorn, Nick Faldo and Justin Rose.

“Carrying a golf bag or pulling a trolley is one of the leading causes of injuries sustained by golfers,” he said. “The bending, twisting and lifting motions all eventually cause a sprain or strain injury to your shoulder, wrist neck, hip and or back.”

Here, however, is the clincher. Jakubowski says: “Persevering through the aches and pains will eventually sideline a golfer with a needless injury. Using a PowaKaddy, the majority of injuries can be prevented while still enjoying the walk on the golf course.”

One final quote comes from Mary Mackay, a sports therapist, who was undoubtedly channelling my physiotherapist: “I work with golfers to enhance their performance and carrying a golf bag does absolutely nothing to improve your play – in fact it does quite the opposite,” she says.

“A common symptom of carrying the golf bag is that the shoulders become elevated therefore shortening the muscles and making it extremely hard to let the arms fall down into the correct position at set up. Using a PowaKaddy not only alleviates this problem but can also contribute positively to your game by preserving your energy for executing the shots.”

I own a PowaKaddy myself and while the mentions of the brand are hardly subtle, the survey does make some valuable points. I have a very small bag that I use to carry half a set if I’m playing nine holes, but you’ll never catch me carrying a whole set again. It’s hard work and on a hot day in a competitive environment, do you really need to be running out of juice right at the end?