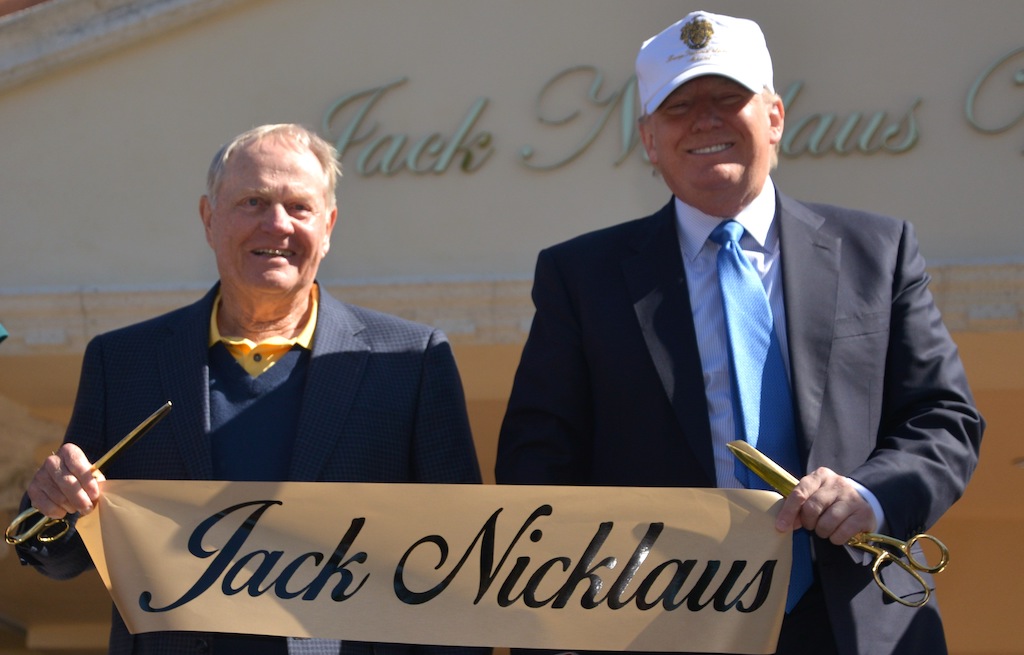 Jack Nicklaus lost a lot of fans overnight when hopping on his social media account to endorse Donald Trump for four more years as US President.

Amongst a whole pile of… words, Nicklaus wrote: “This is not a personality contest; it’s about patriotism, policies and the people they impact. His love for America and its citizens, and putting his country first, has come through loud and clear. How he has said it has not been important to me. What has been important are his actions.”

The Golden Bear went on to “strongly recommend” that Americans should consider the Orange POTUS for another term, and to say the post evoked a reaction would be an understatement:

“Shame on Jack Nicklaus for endorsing a tyrant.” “This will be a stain on your legacy and hurts my heart.” “How did you get this so wrong? So disappointed, crushed and stymied.” “Down with this sort of thing. Careful now…” OK, so I may have added that last one… I don’t profess to know the first thing about living in America under Trump’s tiny iron fist but I can’t imagine it’s any good. Still, to go from being a life-long fan of the golfer, Jack Nicklaus, to turning your back on the man after decades of loyalty just because he thinks a different way to you seems like a bit of an overreaction, and not very democratic. Was I surprised to learn that Jack was a Trump supporter? He’s a rich, white old guy in America who designs golf courses… what do you think?

But the way I see it, this is another fine example of why sportspeople should be left alone to be sportspeople. If I want advice about which way to vote, I’m not going to seek out Jack Nicklaus and say, ‘hey Jack, you’ve won 18 Majors, right? What ya reckon, Trump or Biden?’ Or, ‘Hey Jack, that Masters in ’86 really was something. You buying this whole Covid thing?’

There is absolutely no correlation between someone’s ability to play golf and their intelligence. Just because someone wins on the PGA Tour doesn’t mean they’ve the faintest idea how to do anything else. Of course, the opposite can be true but whether it is or it isn’t, I’m happy to focus on the talents that earned Nicklaus his soapbox and ignore everything he says once he’s on it.

As Padraig Harrington once said in a great interview with Paul Kimmage: “I’m not going to give my political agenda, but the point I’m trying to make is this – because I have the ability to hit a little white golf ball I get this big soapbox to stand on. But I don’t have to use it, and I don’t believe I should. There are professors and educated people qualified to do that. They should be given the soapbox, not me. But the problem is that the sportsperson will be listened to.”