Have we seen the best of McIlroy? 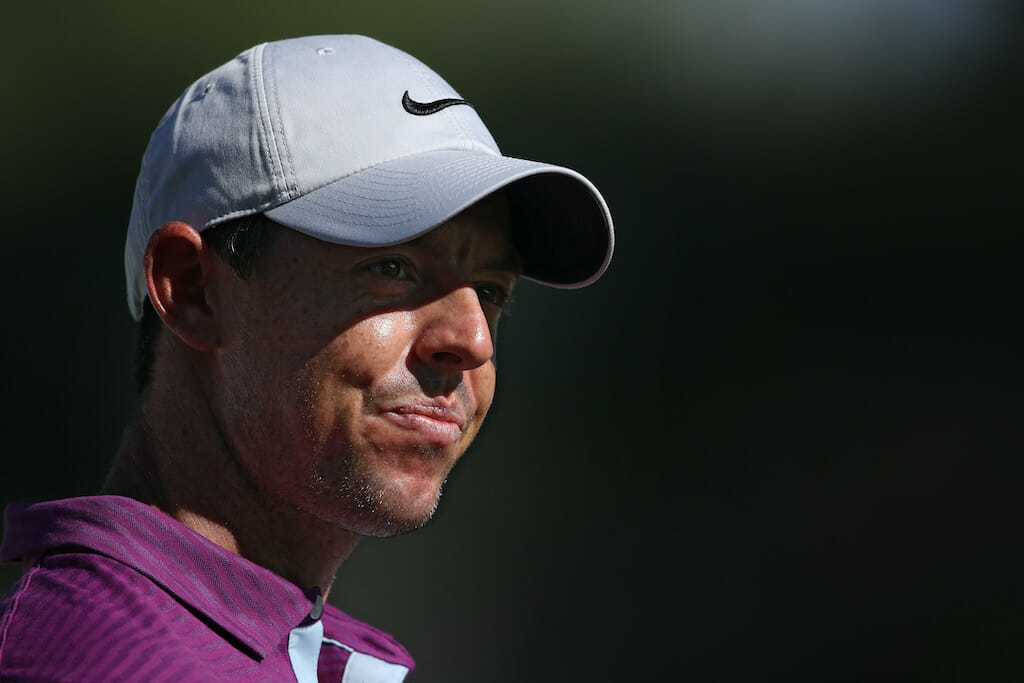 Like most things golf related, Padraig Harrington has a theory on maintaining peak performance at the elite level. Speaking on various platforms in recent times, the three-time major champion voiced his belief that players have a roughly 18-month spell where they play the best golf of their career, and this is sandwiched by career paths featuring many peaks and troughs but falling well short of the consistent brilliance of your golden era.

Harrington himself fits the bill, of course. Those three majors, an Irish Open victory, and two top-seven finishes at The Masters were all contained in his 18-month run, as were the Trophy Hassan Championship (before it became an official European Tour event) and a further dozen top-10s worldwide. Sure, two decades separate the Dubliner’s first and most recent Tour wins, but there is little doubt that it all paled in comparison with the golden stretch.

Of course there are exceptions, but the argument holds firm for most of the high-profile players in the game, including Tiger Woods. Sure, Tiger was a prolific winner for most of his career, but between February 2000 and August 2001, Woods racked up 14 wins, including the “Tiger Slam”, The Players Championship, The Memorial twice, Bay Hill twice and the WGC at Akron twice, and Tiger’s ’00-’01 game is widely considered to be the greatest golf ever played.

Jordan Spieth, Dustin Johnson, Graeme McDowell, the list goes on. All great players, all great careers – and far from finished – but all had a defining period in which they played their finest golf consistently and made it count on the big stage.

So where is all this leading? Well, in a roundabout way, it’s leading to Rory McIlroy.

The first time I saw the phenom in the flesh was at Lough Erne in 2010 as he and Darren Clarke took on Harrington and Shane Lowry. On the kind of miserable July day that only Ireland can produce, the boy wonder lit up the galleries with an incredible display of ball striking and I was smitten.

A week later, his Lough Erne Challenge compatriots all comfortably beat Rory at the Irish Open in Killarney, as did fellow countrymen Paul McGinley, Graeme McDowell and Michael Hoey. A fortnight later, the 21-year-old burned the edge with a putt on the final hole that would’ve gotten him into a playoff at the US PGA Championship at Whistling Straits. This inconsistency would become something of a trademark for the kid from Holywood.

Periods of “little to write home about” play would suddenly give way to a hot streak, and after a win or two and widespread exaltation, the human Rory would return. Though Rory would claim four majors in as many years, inconsistency would plague him throughout. Shortly after assuming the world number one ranking in 2012 following victory at the Honda Classic, four missed cuts in his next seven starts saw him drop back to second, and he’d fallen a spot further by the time he arrived at Kiawah Island for the final major of the year; and he wins by eight.

2014 was a pretty good year, but prior to the BMW PGA Championship at Wentworth in May, you had to go back to 2012 for his last European or PGA Tour win.

We have to fast-forward to 2019 before we see any kind of prolonged consistency from the Irishman – form that he brought into the early months of 2020 as well. Four wins and 23 top-10s from 29 starts is an incredible run of form, but unlike Harrington, Woods, etc. Rory’s extended purple patch didn’t materialise itself in major titles, and perhaps worse again, with COVID-19 upsetting the applecart, he was denied four opportunities to add to his major count inside the 18-month window.

Since the restart, the Rory McIlroy we’ve seen is like a cheap knock-off version of the pre-pandemic guy. The inconsistency is back, and it’s quite possible that Rory’s 18-month window has come and gone.

Well, that Rory won majors. So if the clouds on the horizon are here to stay, let’s hope they are all silver lined.