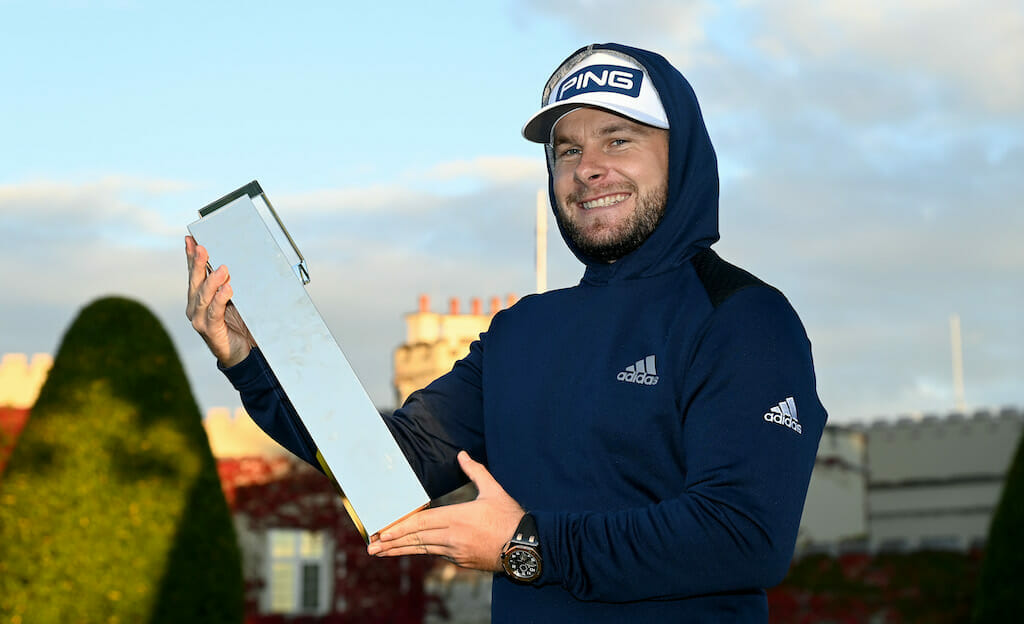 Trust golf to turn the story of Tyrrell Hatton fulfilling Robbie Keane’s boyhood dream of winning the BMW PGA Championship at Wentworth into a debate about fashion.

Unless you’ve been living under a rock, perhaps hiding from hooded youths, then you would’ve heard about Hatton’s adidas silks that had members performing double-takes from behind their monocles around Tour HQ last week.

Horrified that a hoody had made it through the gates of the Surrey establishment, rumour has it that a number of members acting as marshals had to be restrained from ejecting Hatton from the premises after mistaking him for a common hooligan.

Winning Europe’s blue riband event by day, loitering outside a chicken shop by night, the exposure that this modest garment received at the hands of social media over the weekend was nothing short of extraordinary, and sadly highlighted an attitude still rife within golf circles to this day; one of elitist snobbery that has plagued the sport for as long as I can remember.

Of course, some will disagree, pointing to a rise in memberships and packed tee sheets as proof enough that golf, as it presents itself today, is onto a winner. But it’s taken a global pandemic to increase golf’s popularity, not the initiative of a bunch of blazers no doubt happy to accept the credit for the upturn. When life goes back to normal and other sports return to full playing schedules, it will be little things like relaxing dress codes that could make a big difference when it comes to retaining the new faces we’ve attracted by accident in 2020.

And I say this as a former golf snob myself. My upbringing in the game was informed by traditionalists and it took me years to realise how far I’d been led astray.

Back when I didn’t know any better, I recall having to lift my jaw from the floor the first time I played the R&R in Dunboyne. Not yet privy as to why locals labelled it the ‘Rough and Ready’, my eyes bled at the sight of a group defacing the first tee-box in football jerseys – four of them – like a scene outside a pub in Millwall before a 3 o’clock kick off at The Den. Such was the boisterous nature of their shenanigans, I couldn’t hear myself think, the words of Bob Rotella I’d read pre-round in the carpark drowned out by obnoxious football vernacular.

Indeed, I had to approach one of the gang of misfits who had confused my ball for his own during the course of the amusement. I threw up a little in my mouth when he informed me that he was playing a beat up Pinnacle Gold. I picked up my Pro-V without speaking and raced to the next tee.

But he could play, this barbarian. Attire aside, he had a natural ability that must’ve been gleaned from one of the less noble arts. Perhaps hurling?

As it transpired, it was quite a humbling experience sharing my sacred space with these common folk. I came off that course thinking we weren’t so different. Sure, my shirt was tucked and collared, but we played the same game – 18 holes packed with enough concern without having to worry about what other people were wearing. It truly was eye opening.

A few years back I worked at a Greg Norman designed course in Australia. Behind the desk in the pro shop, the most Aussie bloke you could picture surfed right up to the counter, boomerang in one hand, didgeridoo in the other. He also happened to have missed the memo about the dress code, arriving in a round necked shirt, like some sort of animal.

This was a decent club, green fees costing upward of one hundred dollaridoos for a game, and one of the upstanding members had taken offence to this bloke’s attire in the carpark, so much so that he had bothered to come back inside having already said his goodbyes to tell me in no uncertain terms that this Neanderthal, who was present for the lecture, had to purchase an overpriced collared shirt in the pro shop if he wanted the privilege of playing at our club.

I allowed my mind wander to a happy place until he was through and I recall thinking that if this guest was new to the game, then what a great first impression this would be to the world of golf. An expensive day made more expensive because of some archaic rule that made zero difference to how the game was played.

And so, when that member waddled back to his car with what looked like a Perssimon driver stuck up his forbidden tunnel, I scurried down to the Lost and Found to find my man a collared shirt, free of charge, that would do him for the day.

“Not all golfers are like that,” I promised him, before handing him a few range balls in case things got tricky out amongst the many water hazards standing guard on the course.

I’d like to think that because of my minor uprising against the establishment, just like the boomerang, that the guy came back to golf for another hit one day. And seriously, what would be so wrong with that?