Dustin Johnson and The Anatomy of an Intelligent Mind 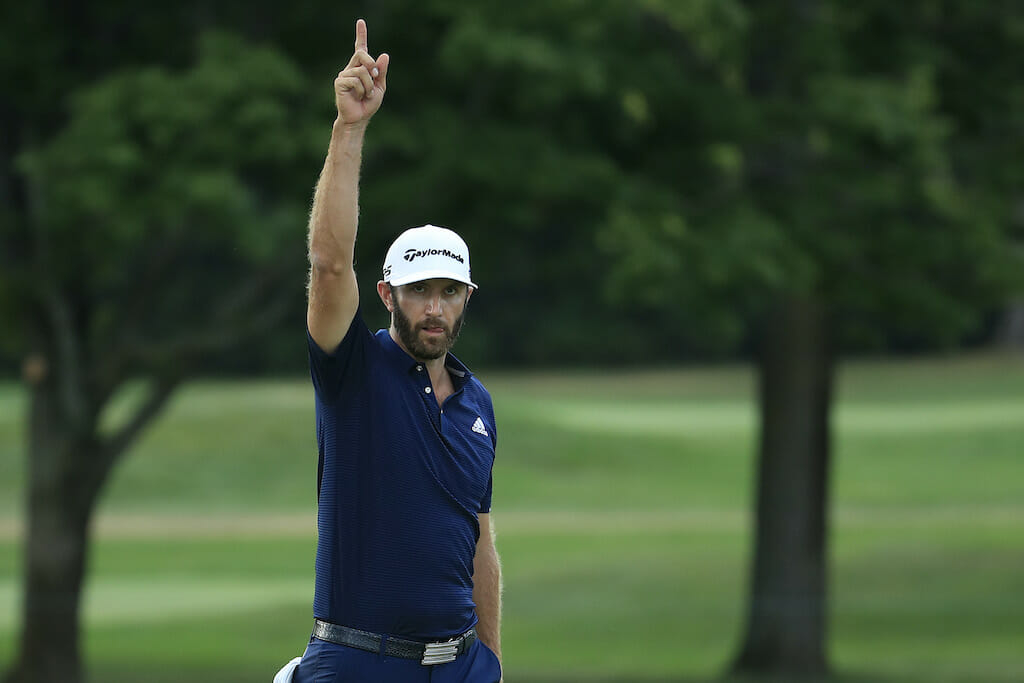 When it comes to pet hates, I’ve more than my fair share, so I thought I’d give you a small sampling.

Grown men who wear football shirts and scarves to watch a match in a pub is definitely one – such behaviour stops being acceptable when your voice drops an octave or two in your early teens.

Commentators who repeatedly use nicknames for sportsmen as though both they and the entire audience are intimately familiar with the player in question is another – my distaste for said practice is so well known that friends and family would gleefully look my way when Marty Morrissey refers to Colm Cooper as “The Gooch” in anticipation of the inevitable vitriolic outburst that would follow.

People who insist on playing music through their phone’s speakers in public places really grinds my gears – I’m partial to a bit of thrash metal every now and then but wouldn’t dream of subjecting the old ladies next to me on the bus to Dead Skin Mask by Slayer.

I could go on for hours, but instead, I’d like to address a little golf-related pet hate of mine.

If you watch, read about, or listen to golf content with any kind of regularity, you’re bound to have heard it bandied about that Dustin Johnson is far from the sharpest tool in the box. Now, I can’t speak for everybody, but I’m pretty sure the majority of those quick to denounce DJ’s – those are initials, not a nickname, before I get labelled a hypocrite – intelligence have seldom if ever held a conversation with the world number one.

Dustin graduated from Coastal Carolina University with a degree in Sports Management, and while that may not equate to a degree in astrophysics, it’s still a degree and that’s more than can be said for Rory McIlroy, Tiger Woods and Bryson DeChambeau.

Ok, so getting deep into the philosophical musings of Friedrich Nietzsche or studying the rise and fall of the Byzantine Empire may not be Johnson’s idea of a well-spent afternoon – or maybe it is and he prefers not to talk about it – but since when was intelligence such a black and white thing anyway?

Dustin Johnson is one of the most successful golfers of his generation, has 23 professional victories, and a net worth of approximately $50 million. Dumb luck exists, but it can never bring that level of success.

Whatever about his off course intellect, there is no denying that DJ is one of the sharpest thinkers when he’s between the ropes. Despite being one of the game’s bigger hitters, Dustin is no slouch when it comes to strategic tests where driver is seldom pulled. Two wins at Pebble Beach, two at Club de Golf Chapultepec and one at Riviera are proof of that.

Additionally, the past two weeks on the PGA Tour, golf courses have been the conditional equivalent of chalk and cheese. TPC Boston was like a sponge – receptive, accessible, calm etc – whereas Olympia Fields was the polar opposite – firm, fast and with enough wind to get the heart racing. Switching approach and strategy is never easy, and on the back of an 11-stroke victory it would’ve been easy for DJ to take a back seat in Chicago, but over the course of the two weeks, Johnson was streets ahead of his closest competitor.

At Olympia Fields his strategy was flawless, laying back on the holes where he had green to work with and leaving himself a full shot on any holes with tucked pins, he was just unfortunate to run into Jon Rahm – another who does everything really, really well– who holed a one-in-100 66-footer in the playoff.

I’ve heard Dustin’s golfing strategy described on television as [in Neanderthalic diction] “see ball, hit ball,” which is insulting at best and downright pompous and ignorant at worst. Because there is a sound logic to everything he does on the course. Does he throw clubs? “No,” he says “it’s not the club’s fault.” Does he get upset when he hits a bad shot? “No, I hit bad shots every time I play. Why am I going to get upset about a bad shot?” Does he like being in the lead? “Yeah, for sure. It’s less shots you have to make up.”

The simple logic is undeniable, yet complexity makes for better headlines, and in the end, that’s what most of the media are after. Therefore, let’s paint DJ as dumb and hope that others coming in his wake prefer to talk about their reading habits, their political views and not have the audacity of a carefree attitude.

But what about Dustin off the course? How does he spend his days? What are his pet hates? Well, we don’t really know because his seeming lack of interest in engaging in non-golf related topics mean that his personal life is rarely if ever discussed in press conferences etc.

An uber-wealthy, elite sportsman whose private life is not regularly dissected by the media?

Maybe DJ’s been playing them for fools all along.