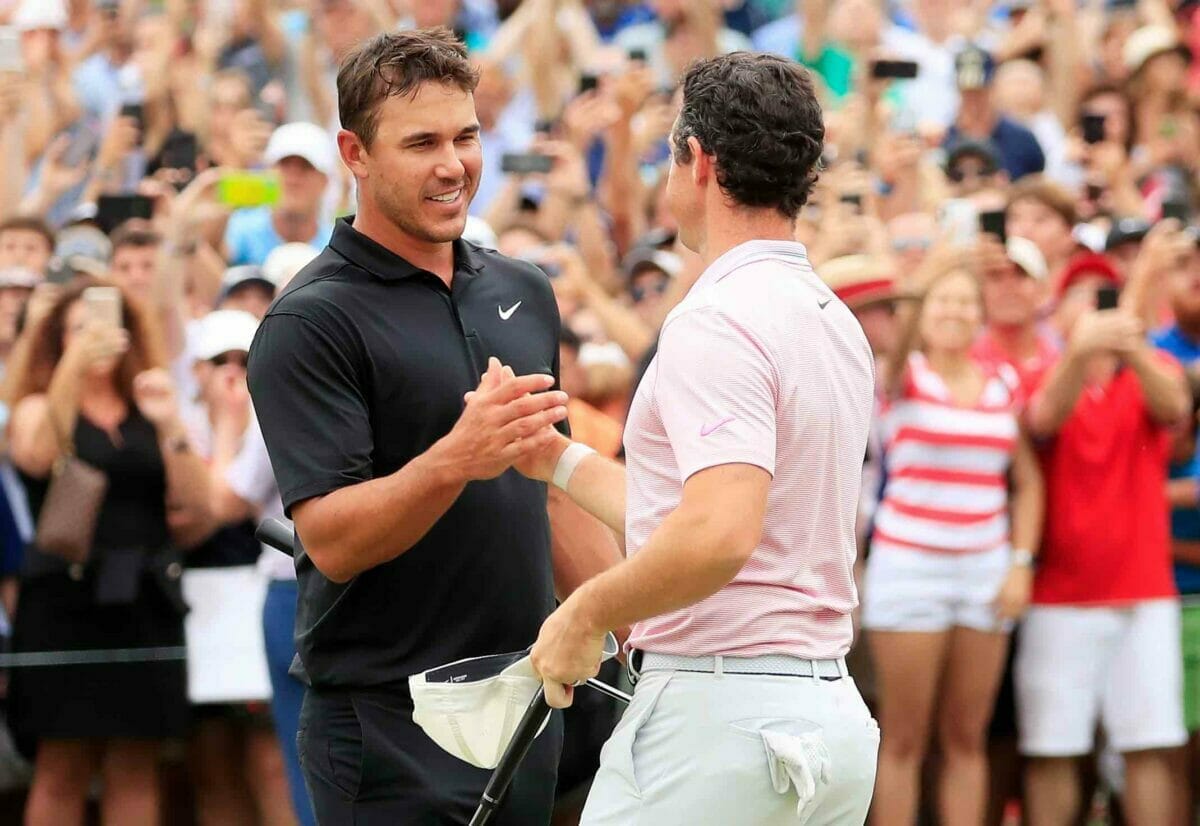 For all those pre-restart fears that golf’s resumption behind closed doors would lack a certain spark, the last of the doubters were surely dispelled by the scenes at the recent PGA Championship.

23-year old Collin Morikawa dominated the headlines after closing to win his first Major title in just his second Major start but before his smile beamed across broadcasts around the world, all eyes were on the three-peat credentials of defending champ-champ, Brooks Koepka.

Halfway through the tournament and the Major juggernaut that Koepka has become looked impossible to stop. It wasn’t just his composure on the course but his confidence off it that had convinced me that backing his hat-trick bid at 10-1 was money well spent.

As ever, the American’s attitude was simple entering the week: ‘I’m the Alpha here. Half the field can’t win. Half the rest won’t play well and I fancy myself against the remaining few’. Even when the remaining few included 54-hole leader Dustin Johnson, a former world number one and past Major champion, Brooks stood unflappable under media questioning.

“A lot of the guys on the leaderboard, I don’t think have won,” he said. “I guess DJ has only won one. I don’t know a lot of the other guys up there.”

“Only” one didn’t sit well with the purists as Koepka made his way off stage. Only great players win Major Championships, you see, and with Koepka disrespecting the past achievements of household names like Todd Hamilton and Shaun Micheel in his bid to rile DJ, he lit a flame under the game’s traditionalists, including fellow four-time Major winner, Rory McIlroy.

“I was watching the golf last night and heard the interview and was just sort of taken aback a little bit by what he said,” McIlroy explained.

“I try to respect everyone out here. Everyone is a great player. If you’ve won a Major championship, you’re a hell of a player. Doesn’t mean you’ve only won one: You’ve won one, and you’ve had to do a lot of good things to do that.

“I mean, it’s sort of hard to knock a guy who’s got 21 wins on the PGA Tour, which is three times what Brooks has.”

Good job knocking Koepka on the way to making your point, Rory, and all power to you for getting involved. Indeed, the only thing that “took me aback” was the hyperbole overreaction to Koepka’s comments, illustrating something that I’ve harped on about before – golf’s complete lack of rivalry.

I mean, there’s nothing disrespectful about stating that as a four-time Major winner, you fancy your chances over someone who has “only” won one, especially when you’ve won four, like Koepka has, in the four years since Johnson last won his. Why shouldn’t a golfer try to gain a competitive advantage over his opponents at every opportunity – isn’t that what sport is all about?

Of course, DJ had next to nothing to say about these supposed jibes from Koepka, and as it turned out, he outplayed him by six shots anyway after Brooks’ confidence blew up in his face at TPC Harding Park when he equalled the worst score (74) of anyone in the field that Sunday.

Still, that’s not to say his comments were wrong. On this occasion, he just failed to back them up. And whether they were pre-meditated mind games or genuine assertiveness, they proved a far cry from the mundane, ‘take each shot as it comes and see what happens’ approach of 99% of the world’s golf population, something refreshing for a guy like me transcribing quotes.

Besides, if Rory was truly “taken aback” by Koepka’s relatively vanilla remarks, then I wonder what language he’d use to describe Ronnie O’Sullivan’s remarkable response when asked about his longevity in the world of snooker.

O’Sullivan went so far as to say that the standard is so bad at snooker’s top table, he would have to “lose an arm and a leg” to slip down the rankings.

“If you look at the younger players coming through, they’re not that good really,” he said. “Most of them would do well as half-decent amateurs, or not even amateurs they’re so bad a lot of them.

“A lot of them you see now, you think, I’ve probably got to lose an arm and a leg to fall outside the top 50. So that’s why we’re hovering around – because of how poor it is down that end.”

Admittedly there was some middle ground that Ronnie decided to tip-toe over here but if your knickers are in a twist since Koepka’s recent comments, I suggest you go commando from now on!