Greg… what ‘e’ was it on the FedEx sign? 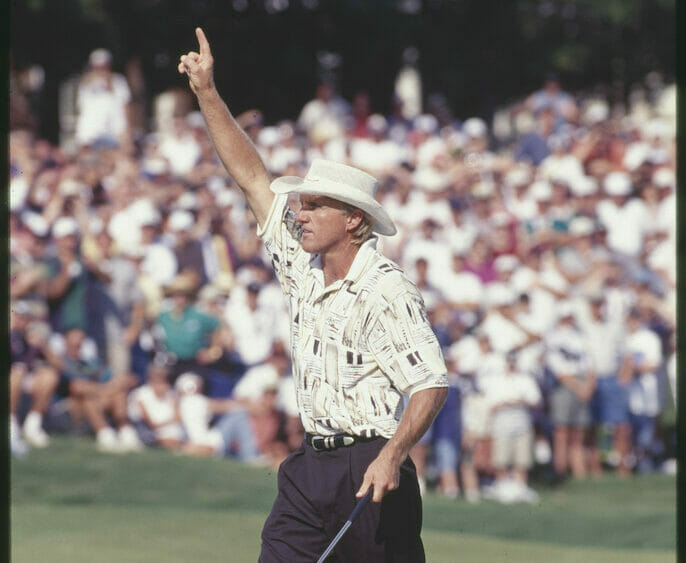 Greg Norman was making his first appearance in the event in 12-years and I headed to Tennessee to report on the tournament for Australian Associated Press.

Norman was also the reigning Australian Open champion having captured a fifth Stonehaven Trophy some seven months earlier. He then captured the Andersen Consulting World Championship of Golf in January, 1997 but Norman had been having trouble on the PGA Tour despite three top-five finishes in eight previous events this year.

Three weeks prior to heading to Memphis and Tiger Woods went to World No. 1 for the first time in his career.  Then a week later Ernie Els captured a second U.S. Open overtaking both Norman and Woods to No. 1 for a first time in the South African’s career.

Colin Montgomerie, who was runner-up to Els for a second U.S. Open, went to third and Norman back to fourth on the rankings.

Norman had missed the U.S. Open cut and earlier that year he also sat out the last two days of the Masters. He then had a week off before heading to Memphis.

I recall poor weather spoiled the opening three days with Norman among those who managed to play the opening two rounds when rain halted play late on Friday. Rain played havoc on day three and when play resumed Norman had managed just three holes of his third round and then had to come back on Sunday morning to play 15 holes before going straight into the fourth and final round.

In getting onto www.asapsports.com to check the transcripts from that week, I was really surprised now 23-years later to note Norman that day had addressed me by my first name in answering a question following his second round.

GREG NORMAN: Bernie, it just depends on what they do today. There might be a good chance that I don’t even play tomorrow because a lot of the guys — I know a couple of guys in the locker room might only play one hole today. So it is just a matter of what gets done today and what the PGA TOUR officials’ decisions are. I mean, we have gone into Monday before. They may send us into Monday again. So, irrespective, I am going to have either a very long day lying in bed watching movies or a very long day waiting to tee off at 4 o’clock in the afternoon. They could make us tee off two tee starts. We may tee off on the back 9 first. Who knows, just get nine holes in, come back and play 27 holes on Sunday. There are a lot of different ways they can get the job done, depending on mother nature, of course.”

To be addressed by my first name by the likes of Norman and also Tiger Woods has been something that I’ve been proud of throughout my career and reflects, at least what I would like to think, the relationship I have enjoyed for so many years among the game’s best.

It’s a relationship that also has meant an awful lot of travelling but not to Memphis, one of my all-time favourite tour stops.

Norman’s second round 65 moved him up into a share of third and then when he finally completed his third late morning on Sunday, his two-under par 69 had him lying at 11-under par but now sharing fourth and just two shots adrift of Robert Damron.

After an hour’s rest Norman headed into the last round and stormed his way past Mike Hulbert and Michael Bradley, who were in second, and also brushed Damron aside in producing a Sunday last round charge that Norman had built his career on.

Norman posted a sizzling five-under par 66 for a one shot victory and a 16-under par tally.

But Norman nearly blew his chance of victory thanks to his putter. He missed several birdie opportunities early in the round that included nine straight pars. With Damron falling back into a pack of six others at 13-under and Dudley Hart in the locker room leading at 15-under par also following a 66, Norman finally started his charge on the par-4 16th.

“Everybody seemed like they got to 13, 14 and stopped. Except Dudley,” Norman said. “… So nobody could really get to him. So that gives you a bit of encouragement.”

Norman sent his second shot on No. 16 into a greenside bunker, but chipped within inches of the hole for a tap-in birdie. He then hit a 4-iron 4 feet from the flag at the par-4 No. 17 and made the putt to tie Hart.

At the last, Norman pulled out a 6-iron and from 190 yards out, his second shot landed some 20-feet right of the pin.

By now Hart had made his way to the practice range expecting to be in a play-off.  Norman was not about to allow the $1.5m event go into extra holes. 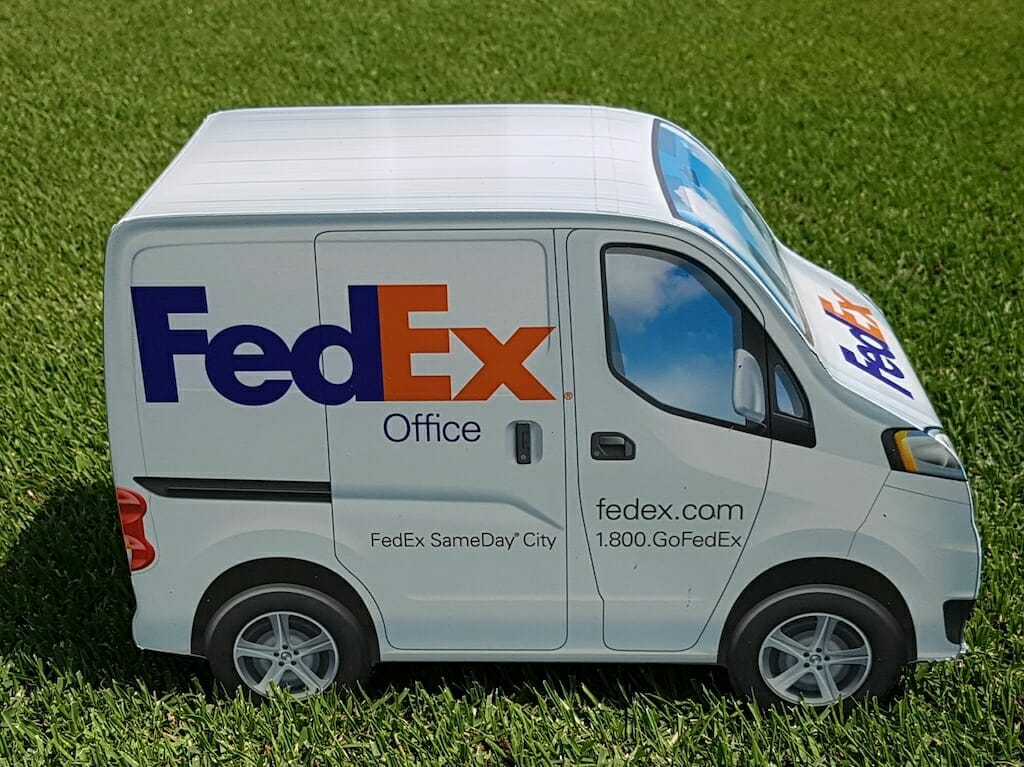 In talking of holing his curling right-to-left 20-footer for birdie on the 18th green, Norman was asked by a local Memphis journalist what was he aiming for in lining-up his putt.

“The ‘e’ in FedEx,” said Norman referring to a ‘FedEx St. Jude Classic’ sign affixed to one of the grandstands lining the back of the 18th.

The reply came back from this particular journalist: “Greg?  Which ‘e’ was it?”

Laughter followed but then on a serious note, Norman had ended a near 15-month PGA Tour winless drought with the then $270,000 first prize cheque ensuring the proud Aussie had become the first player to top $11 million in earnings.

Norman also extended his streak of consecutive years with a victory to six.