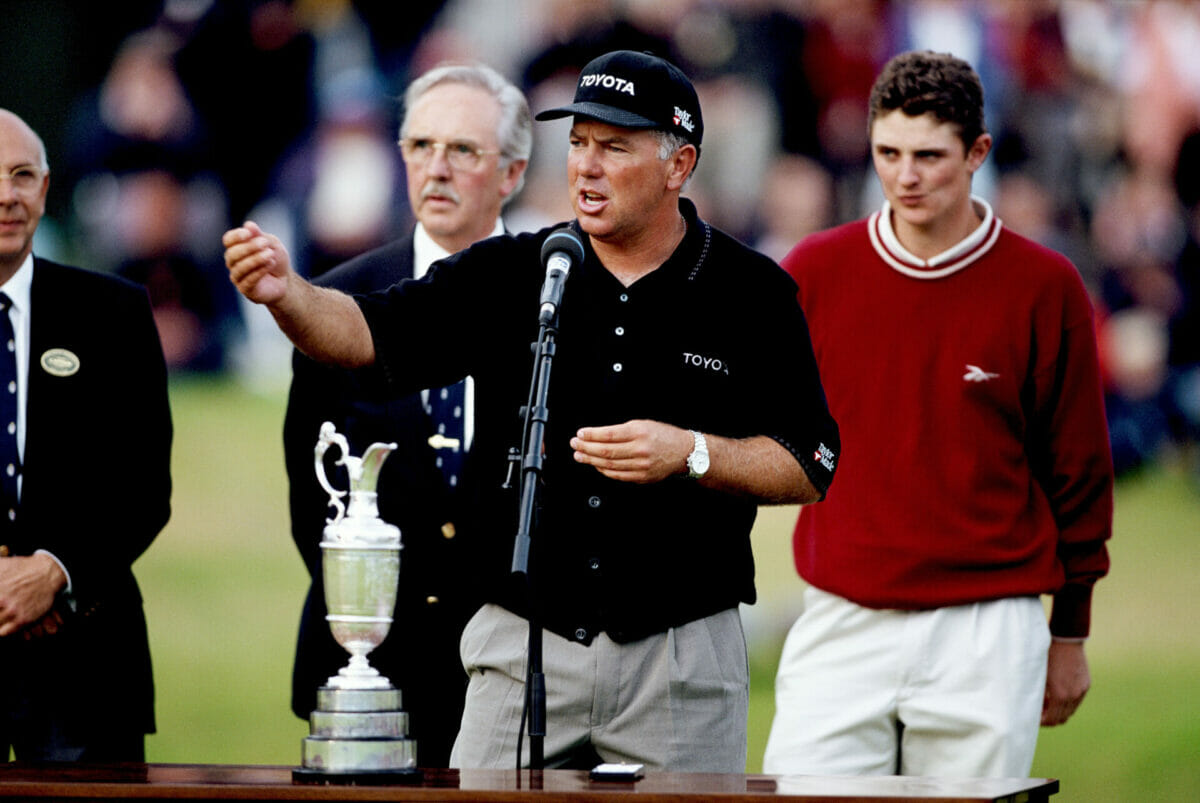 We started with some magic from the Big Easy, Ernie Els at Muirfield in 2002 and moved on to some Tiger Woods gold from Royal Liverpool in 2006. At number 8, we had Gene Sarazen sign off on his Open career with an unforgettable hole-in one while ‘The Duel in the Sun’ sits proudly at number 7.

At number 6, we had a much more recent affair in Jordan Spieth’s ventures down the right of 13 en route to victory at Royal Birkdale in 2017 while at number 5 we had two memorable encounters with the wall on the infamous 17th at St Andrews, the Road Hole.

At number 4 we had smiling Spaniard, Seve raising his fist in glory at St Andrews in 1988 while another Continental European, this time an Italian in Constantino Rocca, took number 3 after pulling off a near miracle with a 50foot Houdini act on the 72nd at St Andrews in 1995.

We’re down to the top-two. Let us know what you think for number one.

10-years-earlier, also at Royal Birkdale, as with Pádraig Harrington’s chart-topper, context was everything for the 17-year-old South African-born English amateur, Justin Rose, making his Open Championship debut, and, almost defying belief and his callow years, the kid conspicuously dressed in an oversized, unsponsored maroon sweater was still in contention for the title coming down the stretch on Sunday.

Having leaked his second shot off to the left and into wispy, tricky rough, the young Rose was shaken but not stirred; with 120-yards into the pin, a pair of deep, treacherous bunkers to navigate en route and with minimal green to work with on landing, the teenager executed to perfection, flying both in-play sand traps, softly landing his ball which bounced twice before rolling on a laser-like path straight into the hole for an improbable birdie-three on the tough 474-yard finishing hole.

Arms aloft and a smile almost as wide as the fairway he had missed, Rose signed-off with a composed 69 for 282, just two strokes behind champion Mark O’Meara.

As an amateur, there was no prize money for Rose, but the prestigious Silver Medal was his, and that fourth place remained his highest finish to date in the Open Championship for 20 years, until he finished runner-up in 2008.

Rose, by now a ‘Major’ champion in his own right having won the 2013 US Open reflected, “The freedom I had that week, the confidence I had in my short game, the innocence in which I played the game, I think, is kind of still a model.”