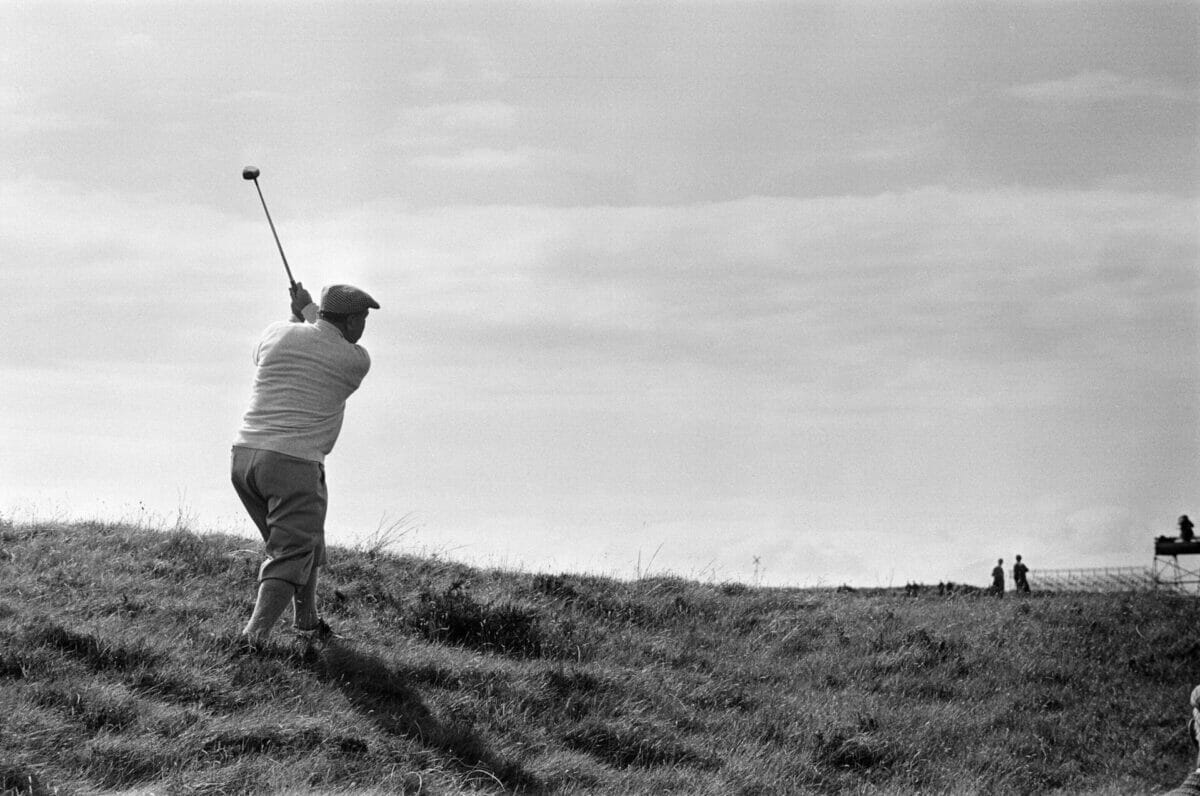 So here’s a highly-subjective selection of Greatest Hits to remember and some Misses to forget – in the absence of real, live Open golf. We started with some magic from the Big Easy, Ernie Els at Muirfield in 2002 and moved on to some Tiger Woods gold from Royal Liverpool in 2006

Only just within living memory, one of golf’s all-time greats, arguably the sport’s first global superstar, was bowing-out of the Open Championship – which he had won way back in 1932, at the 1973 Open at Troon.

The great man certainly knew how to leave the stage with a bang, recently reinstated as an amateur, Gene Sarazen signed-off, no less, with a hole-in-one.

Although the seven-time ‘Major’ winner, by this time a sprightly 71-year-old was to go on to miss the halfway cut, nattily dressed in plus-fours and flat cap, he stepped onto the tee at Troon’s eighth hole, the world famous Postage Stamp playing alongside fellow veterans and previous Open champions, Max Faulkner and Fred Daly

Sarazen, using a lofted club on the diminutive 126-yard Par-3 Postage Stamp, his ball flew gracefully through the air, landing in the middle of the green, taking four bounces before rolling into the hole; cue huge celebrations amongst his playing partners, their entourage and the massed ranks of golf fans keen accord Sarazen a fitting and rousing reception.