A bulked up DeChambeau versus a trimmed down Woodland 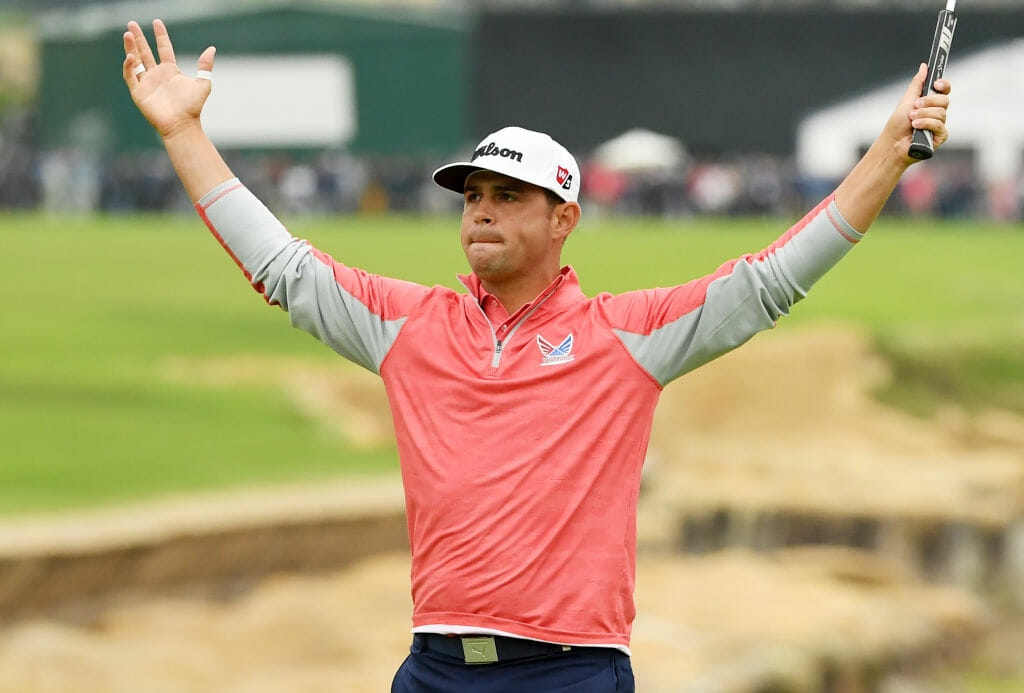 There is a fascinating comparative duel developing on the recently revived PGA Tour that might answer some questions on whether it is better to bulk up or trim down to play your best golf?

Bryson DeChambeau has gained 40lbs of muscle in 3-6 months with the aim of gaining ‘extra swing speed and distance’, which contrasts sharply with what Gary Woodland (a super-all-round-athlete who became US Open champion in 2019) did in the same time period. Gary shed 25lbs to help him improve his stamina and durability.

Both men performed well at the Colonial in Texas last week where, paradoxically, the perennially skinny Daniel Berger and Collin Morikawa contested a play-off during which missed putts had a bigger influence on the final outcome than power hitting. Harbour Town, South Carolina, this week’s PGA Tour venue will also require precision more than power play. I can’t wait to see who comes out on top and which of them, looking ahead, enters the winner’s circle first?

One does wonder if there is wisdom in what DeChambeau has done to his body? Changing one’s weight and shape so dramatically in such a short space of time is an extraordinary thing to be able to do. Dare I say it makes one wonder if there was any scientific or chemical help? After all, is he not known as the ‘Mad Scientist’ of golf.

Strategically and theoretically, DeChambeau is not wrong to pursue distance because the Tour’s own ShotLink Analysis & Statistics have identified being closer to the target is the key element in improving a player’s score, regardless of where he or she might be on the golf course. Longer and longer hitting is the way the game is sold today.

Distance (at all costs) has gone too far. The rules makers must seek out a way to stop facilitating this ‘power rush’ by balancing it with accuracy and skill. Let me be clear, I have no argument against long hitting being part of the game – in principle. It always was even going all the way back to Young Tommy Morris’s brief dominance of the game in the 1870s. But there has to be a limit even if a long drive is one of the most enjoyable and seductive parts of the game for everybody, especially those who do not do it very often.

The problem is so few golf courses were built to cope with 400-yard drives. That’s out of range in two shots for 99% of the golfing population. A dream-like vision of Bryson trying to hit the ball so hard, he literally explodes and leaves a mess of body parts strewn around the golf course occurs in my mind’s eye. That is if his brain doesn’t explode first! All of that scientific knowledge being applied to conquer what is a simple game should be used to protect it instead. Golf courses are so precious and expensive to build and maintain.

If DeChambeau hadn’t bulked up, I’d be rooting for him. He had to do a lot of (laudable) figuring out to manufacture his unorthodox swing that has minimum wrist hinge and club face rotation, which reduces the margin for error hugely and justifies the risk of hitting harder (provided his body can stand it) But, he is not a machine. He is a chemical being made of flesh and blood and I wonder how long he will last? My money says Gary Woodland will stay the course longer. Plenty of golfers down the years have reached the top; messed with their body shape or swing technique and disappeared over the rainbow pretty fast!