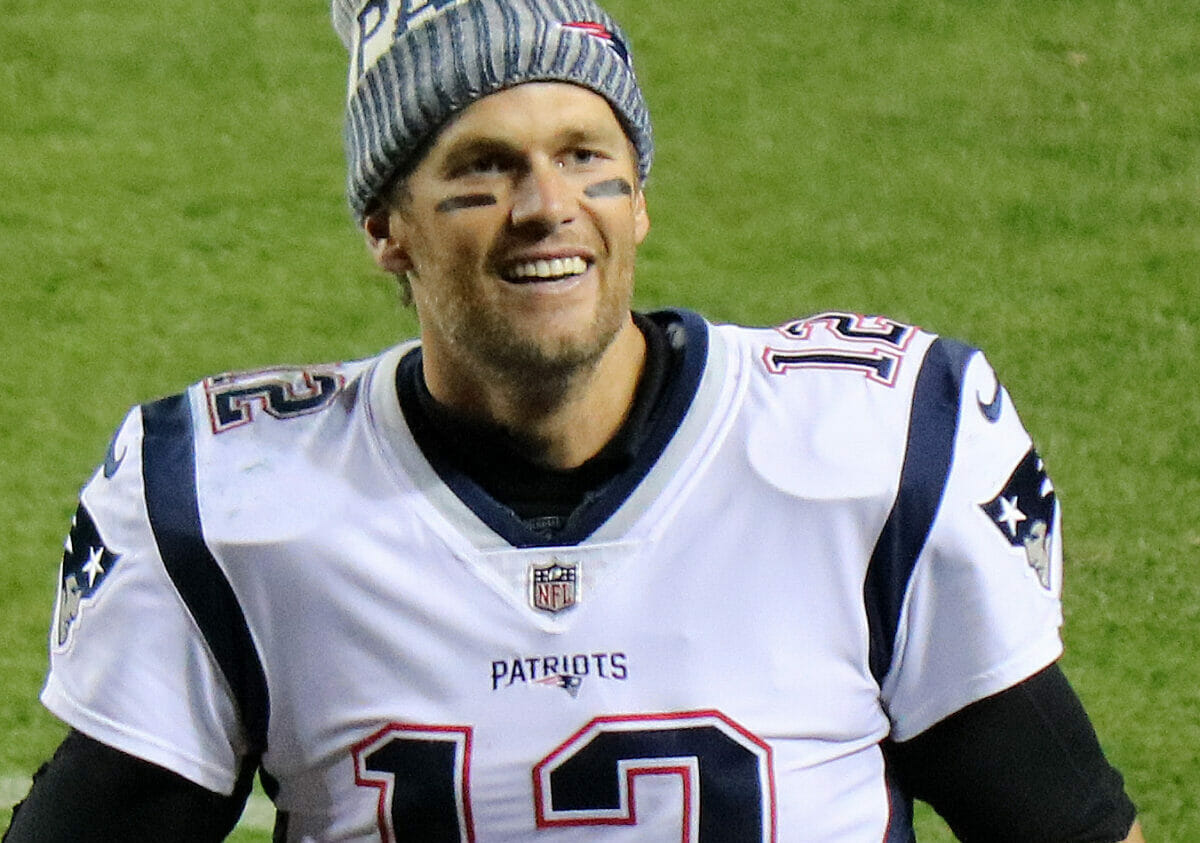 As athletes go, Tom Brady is about as un-relatable as they come. With a net worth of around $200 million, married to arguably the most famous supermodel of our generation, and indisputably among the finest ever to play his position, the six-time SuperBowl champion lives in a different stratosphere to us mere mortals.

Cristiano Ronaldo, Floyd Mayweather and Lewis Hamilton are among the select few to have tasted similar levels of fame, wealth and separation. Svelte, suave and sophisticated – though the latter is questionable in Mayweather’s case – these superstars exude all the trappings of their success.

Brady’ recent move to the Tampa Bay Buccaneers saw him move south to the Panhandle in his most classically American move to date. But whereas your typical senior cashes in their chips and uproots, Brady took his place at the table with the promise of an additional $50 million for two years’ work. Like I said, a different stratosphere.

Now, don’t read this as begrudgery. The opposite in fact. A true master of his craft – which also happens to be the most popular spectator sport in America – and just like Ronaldo, Mayweather, and Hamilton, Brady is entitled to all the benefits it accompanies. Which, of course, make him as far from the beer swilling, hotdog chomping common man as you’re likely to see.

Until Sunday night, of course. Standing dejectedly in the torrential rain, trousers split, fast running out of golf balls, spraying shots left and right, scurrying into trees, splashing in water, duffing chips and shanking others, Brady could have been any one of us. Golf has a consistent knack of making even the most sensible and austere look incredibly foolish. 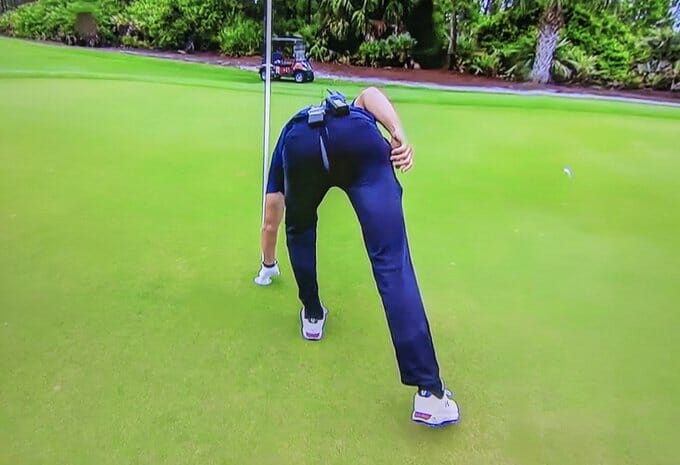 As the internet was ablaze with revelry among Brady’s adversaries, I couldn’t help but feel sympathy for a man whose soul was being laid bare in front of the entire world. And make no mistake, as far as Brady was concerned, the entire world WAS watching.

I once played snooker in Ken Doherty’s club in Terenure as the former world champion posed for a photo shoot on the adjacent table. Ever the gentleman, Doherty would pause in conversation as my friend or I were over a shot, only to resume once the cue ball had been struck. Knowing that Ireland’s greatest ever player had his eyes on me caused a significant tremble in my already shaky cue-action. As a kid, Ken was one of my heroes, but I could’ve done without his presence that day.

For Brady, this was multiplied one-hundred fold. Not only was his brittle confidence being aired to the globe – he’d ditched his driver after a recent case of the driving “Heebie Jeebies” – but he knew he was being dissected by the two most successful players of the past 30 years. He may have been a master at handling the pressure on the gridiron, but at Medalist, he was a fish out of water.

High scrutiny situations are second nature to Woods and Mickelson – and even Peyton Manning has considerably more public golf experience than Brady – but this is the field that they have excelled in. Put a pigskin in Tiger’s hands and tell him to find a receiver while JJ Watt, one of Sunday night’s callers – do yourself a favour and search “JJ Watt Sound FX” on YouTube, you won’t be disappointed – is bearing down on him with gritted teeth, or have Phil Mickelson throw a fastball at Alex Rodriguez (with or without the steroids) and we’d quickly see how well their supreme talent and pressure handling transfer.

It is to Brady’s credit that he regrouped, hit probably the best shot of the entire day, and played no small part in his side’s comeback on the inward nine.

He may lack the charisma of Manning, the goofy charm of Mickelson, and the clipped golfing vernacular of Woods, but for somebody often described as robotic, he was certainly the most human.

Maybe he asked Gisele to sew the arse of his trousers too?