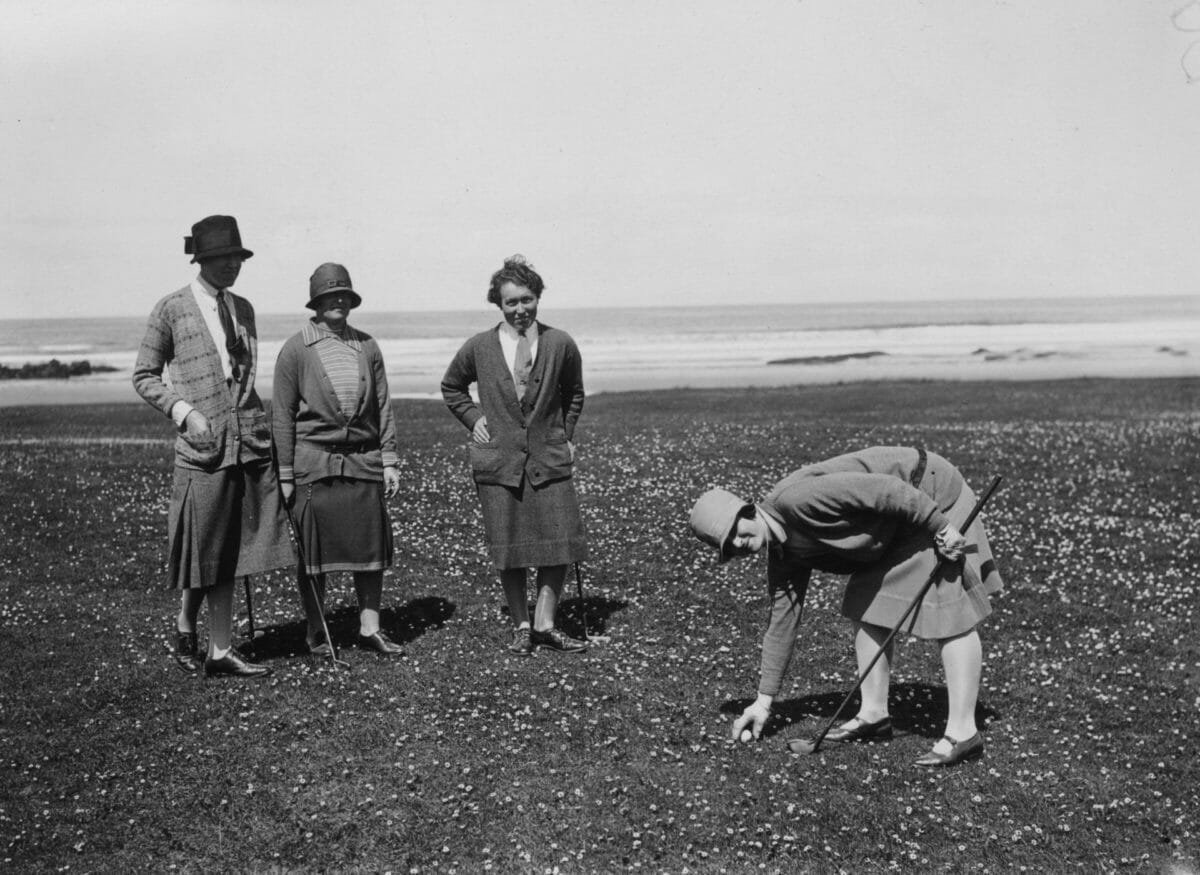 As a suitable epilogue on the whys of golf we need to go back to the era of Allan Robertson and Old Tom Morris in the first half of the 19th century. In those days counting strokes was unheard of. A golf match was regarded as a joust performed in a pugilistic frame of mind, with large (or small) money wagers frequently depending on the result.

Back then, nobody counted their strokes and it was a rarity to have more than two balls in play at once. This did not mean there were only two players. Matches were played, as often as not, between teams of an indefinite number of participants (aka investors or punters) who took it in turns to play a stroke.

Here’s how it went but it is far from easy to comprehend.

After the tee shot was put in play, the first team/player to play a second stroke was called ‘the odd’. The second player/team was called ‘the like’ – because after this stroke, both would have played the same number of strokes (2). However, if the second player was furthest from the hole, he now became the odd! If he was still furthest from the hole and forced to make his strike again, he became ‘the two more’. If the first player now came back into play – after he struck, he became ‘one off two’ and on they went, adding and subtracting but the total number of strokes was never mentioned. Only holes won or lost were counted, more holes won than left to play meant match over. Imagine trying to explain all of that on TV?

Towards the very end of the 19th century, as more and more new golf courses became established, the wide discrepancies in comparative difficulty between courses caused inevitable handicapping problems. Developing a scoring system that would have universal meaning became an urgent priority. Back then, bogey wasn’t a score that proficient golfers dismissed. It was, in fact, the accepted standard printed on score cards. The word ‘birdie’ was hardly ever used. ‘Dyke’ being the preferred terminology.

In 1890, a Mr. H. Rotherham of Coventry Golf Club devised a standard score by which a scratch golfer would be expected to achieve on a given course. That standard was called ‘Ground Score’. In 1892, the Great Yarmouth Golf Club, organized a novel competition in which the players were invited to play ’a match against the course’ instead of against each other.

During the Great Yarmouth match, a Mr. C.A. Wellman playing with the Club Secretary Dr Brown, became frustrated with the monotonously superior play of his playing companion and exclaimed: ‘You are a regular Bogeyman!’ based on the lyrics of a popular Music Hall tune at the time that went: ‘Hush, hush, hush here comes the Bogeyman, he’ll catch you if he can!’

A short while later, Dr Brown visited The United Services Club (Now Gosport GC near Portsmouth) and told the Club Secretary, a Captain Seely-Vidal of the Royal Engineers, about the Bogeyman comment. There and then, it was decided to hold a similar ‘match’ at Gosport but instead of calling it ‘versus Ground Score’, the term ’Bogey’ was substituted.

Later on, somebody proposed that Bogey should be declared an Honourable Member of the Club and as such he must have a proper military title hence, Colonel Bogey. The idea of bogey spread like wildfire and Bogey competitions began cropping up all over the British Isles. Gradually, bogey became the accepted method of equalizing handicaps between different courses.

The word ’par’ originated in the USA. The expression is based on the Latin word for equal. Being equal with bogey was called ‘par’. It logically followed that a new term would have to be found to describe registering 1-stroke more than the par score at a hole. In their wisdom, the Americans chose ‘bogey’ creating widespread confusion.

Using the same word to describe entirely different results was finally ended by the “All-Star Golf” and ”Shell’s Wonderful World of Golf” TV Series that began in the 1960s and the use of ‘under or over par’ on boards that were updated after every hole played, made the scoring simple for non-golfers to grasp. In an instant everyone knew who was ahead and who was behind. TV made sure that par was quickly adopted worldwide as the new accepted standard. Meanwhile, Colonel Bogey went from being a steady scratch player for 70 years to a humble 18 handicapper almost overnight.