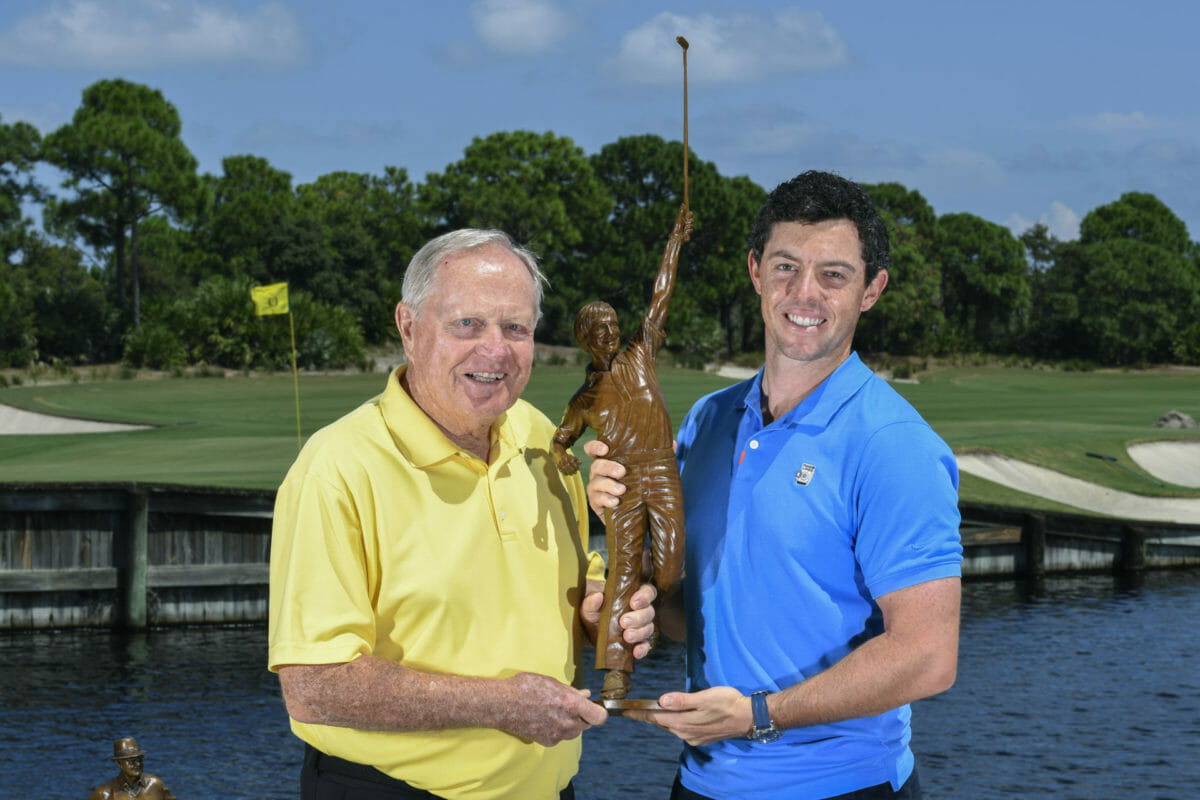 For the likes of Tiger Woods, Rory McIlroy, Dustin Johnson, Brooks Koepka, Rickie Fowler and Open champ Shane Lowry there will be no more left-handed challenge matches nor no more friendly social rounds for the time being after Palm Beach County ruled that all private golf courses in the county close.

This includes some of the more-exclusive courses in the U.S. such as the Bear’s Club, National, Trump National, Seminole, Admirals Cove and the Medalist Club.

As well, there’s the host of courses lined-up along PGA Blvd now closed – PGA National, venue for the recent Honda Classic,  Mirasol, Old Palm and BallenIsles where Lowry and his family are in residence for four months.

Another now closed is the public course, North Palm Beach that Nicklaus redesigned in 2006 for the princely sum of just $1. The ‘Golden Bear’ signed note is on display in the recently completely rebuilt clubhouse.

The local WPBF TV website says Palm Beach County Parks and Recreation officials were finding it impossible to keep golfers from getting too close to one another amid the fears of the COVID-19 virus.

“Even when we asked them to maintain that, they naturally want to gravitate,” said Eric Call, the County’s Director of Parks and Recreation.

“With so many of our staff being 65 or over, we’re concerned about that,” Call said.

As executive director of the South Florida PGA, Geoff Lofstead works with more than 1,800 golf pros and associates. Just hours before the shutdown, he said his pros were following the lead of Florida Governor Ron DeSantis and exercising extreme caution at their courses.

“Golf is an incredible engine for good,” Lofstead said.

There was no such concern for this journalist who visited Heritage Ridge GC last Sunday afternoon. Heritage Ridge is located in Martin County and just a handful of miles north of the Palm Beach County line.

I declined a motorised buggy by choosing to walk the course at a very leisurely pace given the mid-80s temperature.

For the first seven holes I had the course to myself before allowing two separate four-balls behind me, riding in individually in motorised carts, to play through on the par-5 eighth hole and from thereon in, I had no interaction with anyone else, only because there was no-one else out playing.

I did speak, albeit 20-feet apart, with a Boston-born chap on the 7th tee who boasted of an Irish ancestry but like so many Americans, has yet never travelled to Ireland.

The ball washers on each tee were covered and there were no rakes in the bunkers.

The flagsticks were in place as you would expect pre-Coronavirus days but not once in the 18 times I holed out did I have occasion to actually touch the flagstick in putting out before retrieving my golf ball.

There was also sanitizing items at the clubhouse while I also carried a plastic sanitizer bottle that I had clipped on my bag – it had been a gift at the recent Players Championship.