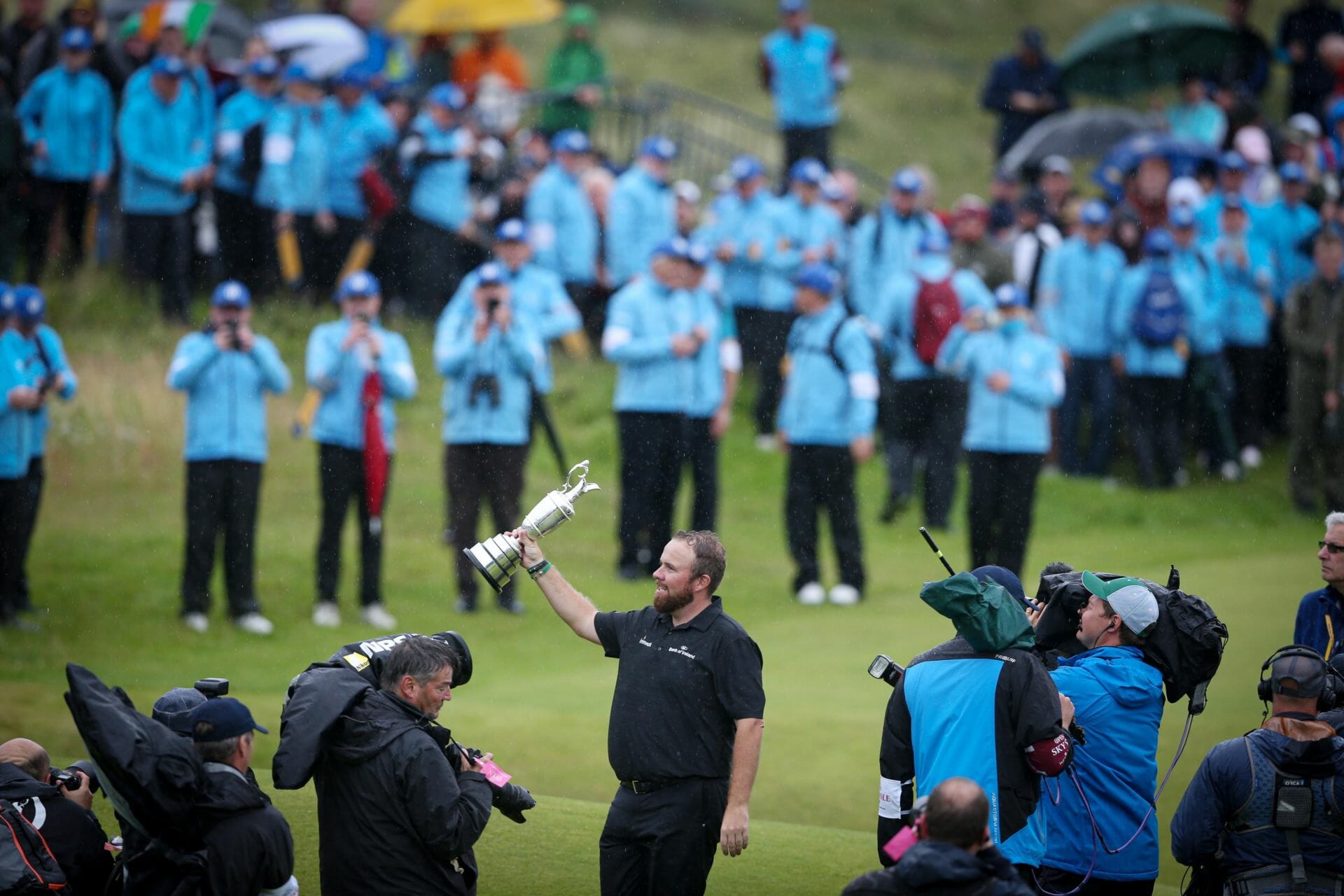 Shane Lowry celebrates his victory at the Open Championship, held at Royal Portrush in July 2019

Join sports presenter Graham Little as he charts the rise and success of golf in Northern Ireland over the last decade, culminating in The 148th Open at Royal Portrush in July 2019.

In a half-hour TV programme ‘Teed Up: Northern Ireland’s Golfing Revolution’, to be broadcast on Virgin Media 3 this weekend, Graham travels around Northern Ireland to assess the impact of an extraordinary last ten years for NI golf and considers what the next ten years might have in store.

Along the way, Graham meets leading celebrities including Jamie Dornan, Niall Horan, Jodie Kidd and James Nesbitt, who discuss how golf, and The Open in particular, has transformed perceptions of Northern Ireland and boosted tourism and investment in the region.

It is estimated that The Open generated more than £100 million of economic benefit for Northern Ireland, and attracted over 237,750 fans from across the world, a record attendance for a Championship staged outside of St Andrews.

The programme explores the history of Northern Irish golf, how it has a global impact far beyond its size, and the plans for further world class tournaments and investment in the years ahead – all of which show Northern Ireland truly is ‘Made for Golf.’