Have clubs, will change them – it’s time to step up and refill the bag 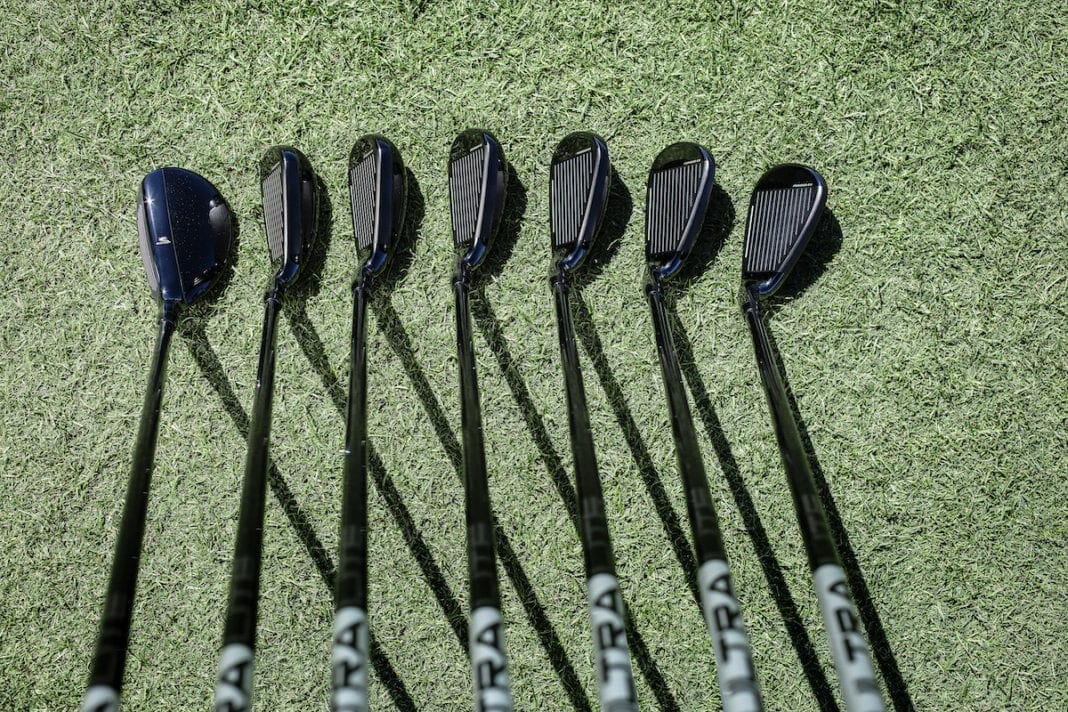 You thought you were confused waking up this morning? Spare a thought for pro shop assistants around the country whose worlds have been turned upside down by COVID-19 #covidireland
Read more
Columns

Have you found a fence to sit on? Asks Kevin Markham #covidireland #staysafe
Read more
Columns

The bug has bitten once more. Is it time to buy a new set of clubs? Yeah, no, maybe….that’s the line of thinking that tickles away at the back of the mind over a period of time but really, I know how this one ends.

It starts slowly, almost below the level of consciousness. The old symptoms begin to manifest in different forms such as lingering over the equipment features in “Irish Golfer Magazine”.

Checking out the gear changes that are highlighted by the top players such as Rory McIlroy, Tiger Woods and their big-name counterparts for their 2020 campaigns.

Feasting the eyes on the beautiful photos of gleaming metal woods and irons.

Delving into the descriptions of the technical stuff, although to be honest, it’s a bit like being back in school and studying a maths equation or a geometry theorem.

I try very hard to concentrate, even to the extent of re-reading the manufacturer’s gushing descriptions of the whys and wherefores that make their product the ideal tools for ambitious golfers.

It’s difficult. All my life I’ve been a guy who is far more interested in golfers and their stories, in who they are as people, and how they get the best out of themselves as performers in a notoriously difficult sport.

I glaze over when people want to talk about the angle of his or her elbow on the backswing, or the loft and lie of their clubheads.

And don’t get me going on the adjustable driver heads. So tempting to mess about with them to fix a problem that has more to do with the way I slash at the ball off the tee than anything else.

As a consumer, I need the concepts to be simple.

Scatter the advertising blurb with phrases such as “New improved latest technology; Added distance; Forgiveness for those who struggle with consistency.”

Now the manufacturers are talking my language.

Simple sound bites that drive past the head and into the heart’s desire to play the golf of my dreams.

The subconscious Inner Whisperer seduces sweetly with the notion that: “These clubs will make THE difference.”

I remember well the first brand new set of clubs I purchased with that mantra vibrating in my head and gut.

No custom fitting then. Just a question from John: “What handicap are you?”

“Eighteen,” I replied, although I didn’t have a club handicap but it sounded about right.

“These are the ones for you, then,” he said. He threw in a sleeve of golf balls, gave me a few quid off the asking price, and I exited the shop flushed with anticipation of a miraculous improvement to my game.

Nice clubs. Served me well. But over time, I came to believe that, as Geronimo said to Little Bug Eyes who couldn’t hit a buffalo from 20 paces and dared to complain about the quality of the tribe’s weapons: “It’s the Indian, not the arrows, stupid.”

The arrows, however, have become ever more fascinating in the 40 years or more since that trip to McGuirks.

The only similarity between the O’Connor woods and irons I purchased back then, and the sexy space-age technology available now is that clubs still have a grip, a head, and a shaft.

Other than that, we’re in a different galaxy.

Every year new models are launched promising bigger and better returns in your game. The world’s golfers respond to the extent of lashing out over $2.6 BILLION dollars a year on equipment.

In Ireland, a 2017 report commissioned by the Confederation of Golf in Ireland and the R&A came up with figures of €39 million spent North and South on equipment in an industry worth around €540 million overall.

Arguably we should factor into the cost of the new, game-changing clubs, our contribution to the big bucks paid by manufacturers to the world stars, but that aspect is completely ignored by the masses.

TaylorMade don’t invest multi-millions into Rory McIlroy unless they believe that his endorsement will actually help sell their products to the likes of you and me.

And does it? Hell, yeah.

I won’t say that my purchase of the TaylorMade Sim Max OS irons was driven by the hope that I’ll hit the ball like Rory, but it certainly did no harm in terms of brand recognition.

In fact, going into the custom fitting session I had with former Irish amateur international Gary Cullen at McGuirks Golf in Kinsealy Driving Range, my mind was quite open about the outcome.

I just wanted to leave there feeling I had a set that suited my height, swing tendencies and which would avail of the technology improvements since I got my set of TaylorMade Rocket Bladez seven years ago.

But hey, seven years is a long time in golf tech terms. I was coming up to a significant birthday – 66 and a Bus Pass, thank you – and if not now, when?

So between the Christmas and birthday presents, the last of the Communion money, and a bit of a discount, I was prepared to invest quite a few euro in my golfing future.

There are those who would be unkind and say I’ve a great golfing future behind me, but they’d better watch out.

I was happy to emerge from the fitting session with TaylorMade Sim Max Os graphite irons, 5 to SW, 2 degrees flat, quarter of an inch shorter than normal.

These irons, say the manufacturer – and who am I not to believe them? – work better because “a combination of a thinner face and the Speed Pocket allows the hitting area to flex more efficiently at impact, especially on low-struck shots, to give players more distance.” So there. A Speed Pocket. Now that’s posh.

Gary and I then went back to work on the Trackman System and came up with Driver – Callaway Mavrik Max UST Helium 40, 12 degrees; a Mavrik Max Helium 5-Wood and Mavrik Max 4 Hybrid.

I held off on the 3-wood because if I drive it well, the forgiveness in the 5-wood and Hybrid should get me a reasonable distance up the average fairway before I start bashing away with the irons.

No half measures here – I shook out the last few bob from the kids’ college fund – they’re well past that stage and won’t miss it – and threw it at an Odyssey Triple Track Ten putter.

I’m not going to lie. There was a teeny bit of buyer’s remorse tingling in the gut.

Are these clubs really going to help me drop shots off the handicap? Am I kidding myself and falling into the hands of the slick marketing gurus of the golf industry?

And then I look at those lovely new clubs. I hold them in my hands and swish them back and forth. They feel good. They look fantastic.

If I put a decent swing on them, I love the connection at impact and the way the ball flies majestically high into the air.

All that’s needed now is a few rounds to get comfortable with the slightly different feel of the clubs and who knows? It just might be the arrows, Geronimo, not the Indian… at least I hope so!

Spring is in the air with Footjoy’s colourful SS20 collection

PowaKaddy is continuing to push the boundaries of ultra-compact, lightweight design with the introduction of the completely remodelled 2020 Compact range
Read more

In what could prove a major blow to golf courses around Ireland, the Golf Course Superintendents Association of Ireland has recommended that Irish Greenkeepers do not attend work #covidireland
Read more
Tour News

The European Tour today confirmed the postponement of the Dubai Duty Free Irish Open due to the continuing threat posed by the spread of Coronavirus (COVID-19).
Read more
Tour News

Augusta National will not commit to advising if it will honour a 2020 Masters invitation to those players currently inside the top-50 on the World Rankings, with Graeme McDowell at 49
Read more
Tour News

"It is commonly agreed that the economic fallout will be colossal and there is no doubt that sport will have suffered as a consequence. This in itself will filter right down the golf food chain"
Read more