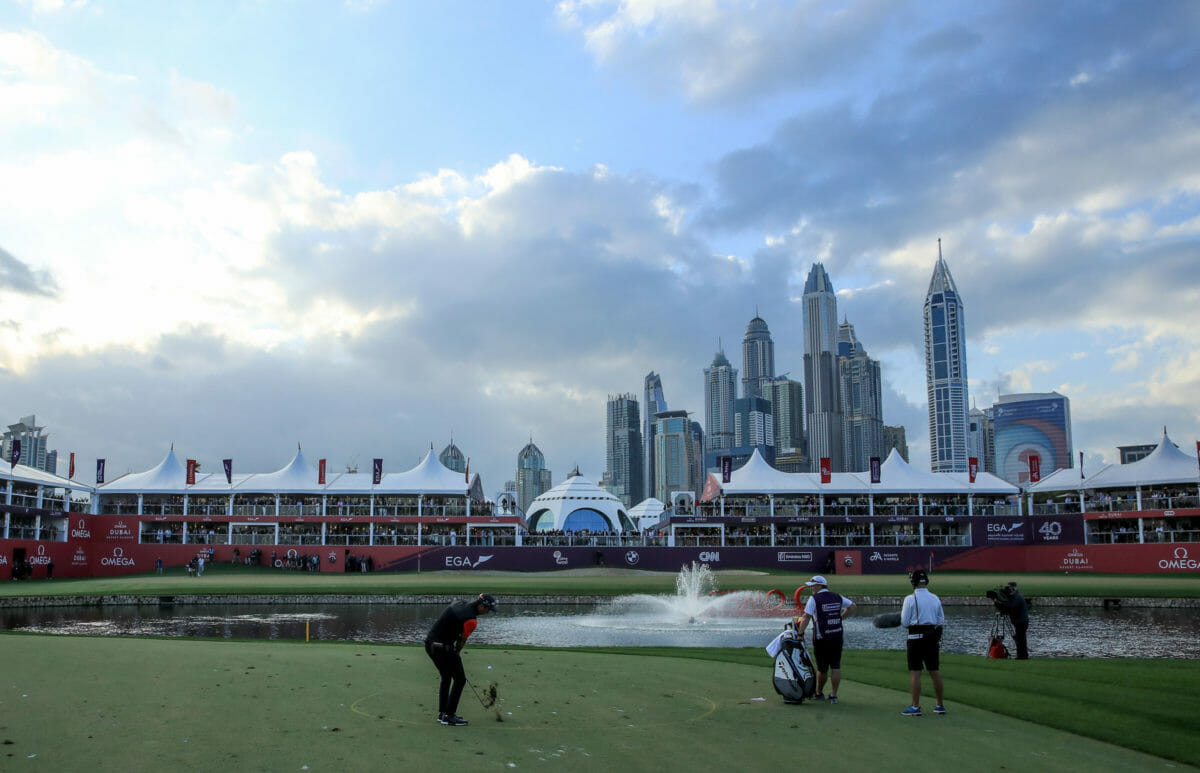 In chaos theory, the Butterfly Effect is the belief that seemingly inconsequential events can have a huge outcome on seemingly unrelated others. As I’ve grown older, I’ve come to love chaos theory, as chaos is the polar opposite of predictability, and for major sports fans, there is nothing worse.

For viewers, sport reaches its zenith when chaos rules supreme, because with chaos, all natural rules and order go out the window. Think the Patriots versus the Giants Superbowl in 2008, or the Liverpool versus AC Milan Champions League Final in 2005, or just about every Grand National for the last 180 years.

And on Sunday at the Omega Dubai Desert Classic, chaos took centre stage.

It began, not with the flapping of a butterfly’s wings, but with Sebastian Soderberg who started the final round in last place in an odd-numbered field. That meant that the young Swede would play alone. And he did, for all of 96 minutes. That’s how long it took for Soderberg and his unfortunate caddie to play all 18 holes at the Emirates Golf Club. Sprinting between shots, he somehow managed to knock it around in 75, a score bettered by just 31 of the 71 who teed it up in the final round.

It was enough to lift Soderberg off the bottom of the leaderboard, and it was also the first indication that the natural order of things was unlikely to be followed at the Dubai Desert Classic.

Stronger than usual winds, combined with narrow fairways and heavy rough played their part and chaos ruled supreme. Matt Fitzpatrick posted four bogeys in his opening seven holes, Shane Lowry had three in his first four, and Tommy Fleetwood had five overall as the big names poised to challenge quickly ejected themselves from the reckoning.

Overnight leader Ashen Wu appeared the picture of serenity as he parred the opening six and then birdied the seventh. But the contagion spread and the Chinese player had four bogeys and a double in his next eight holes.

By that stage, two groups ahead, Eddie Pepperell had already spurned his chances by turning at three-over and quickly adding another bogey, and alongside, defending champion Bryson DeChambeau wasn’t faring much better. The renowned physicist seemed as perplexed as anybody at the complex mathematical theory that was playing out before his very eyes.

Still, Christiaan Bezuidenhout – try spelling that name after a few beers – had clearly missed the memo. Amid calamity and catastrophe, the South African had walked through the shadow of the valley of death, fearing no evil. Until the final hole of course when he promptly spun his wedge into the water when – without knowing, it must be said – a two-putt par would’ve been enough for victory.

Last year, DeChambeau posted a winning score of -24, the previous year Haotong Li was -23. Now, I like a birdie as much as the next man, but golf is a much more entertaining sport when the threat of bogey and worse lurks ominously on every tee. This year, Bezuidenhout and Lucas Herbert were in a playoff at -9.

And the chaos was far from over.

Golf is as much a mental game as it is physical, and anybody who plays will tell you that one bad shot can derail an entire round. In the playoff, Lucas Herbert hit what, in his own words, was one of the worst shots he’s ever hit in his life. Some 60 yards right and about 30 yards short of his target, the splash seemed to indicate the end.

But when events have taken a chaotic turn, as most of Sunday had, we really should be expecting the unexpected. The worst shot of his life was followed by one of the best, he salvaged a half, and the playoff continued.

Unfortunately for neutrals, chaos eventually subsides and order returns. Lucas Herbert’s two-foot putt to win on the second playoff hole signalled the end of a rollercoaster day in the desert that began with a manic Swede and his heavily lumbered caddy racing up the first fairway.

The American historian Henry Adams suggested that order brings habit, but chaos brings life. And what is sport if not life through a different lens?

The Middle East has seen its fair share of chaos. This time, it was most welcome.