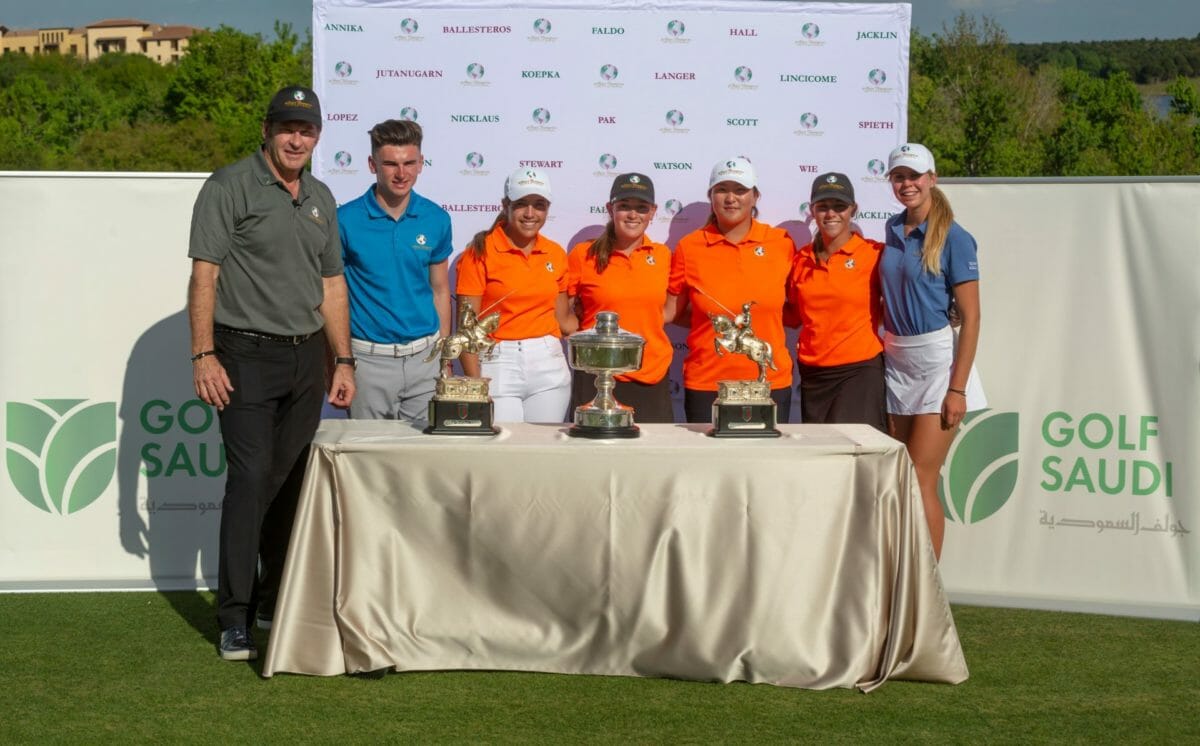 72 junior golfers from around the world will compete at Lookout Mountain Golf Club, Phoenix, Arizona, in the 3rd edition of the Major Champions Invitational presented by Golf Saudi starting Saturday from 25th – 30th January. The golfers will be split into teams of four, each captained and mentored by one of 18 Major Champions.

The tournament was conceived by World Golf Hall of Famer and six-time Major Champion Sir Nick Faldo as part of his desire to provide more opportunities to young golfers in addition to his already well-established Faldo Series events.

The Major Champions Invitational presented by Golf Saudi has an actioned-packed schedule, with juniors experiencing tournament conditions usually afforded to the best players in the world. The participants will play four rounds of golf, including three in competition, get front-row seats to Sir Nick’s clinic, as well as the chance to meet with a selection of their golfing heroes.

The on-course action will unfold at Lookout Mountain Golf Club in Phoenix, Arizona, located between picturesque Sonoran Desert and Phoenix North Mountains. The course, built in 1989, is a nine-time recipient of Golf Digest’s Four-Star Award and has been ranked in the Top 10 golf courses in Arizona.

Speaking ahead of the event, six-time Major Champion and tournament host, Sir Nick Faldo said, “It is great to be back for another year of the Major Champions Invitational. Thanks to some very generous Major Champions, as well as our sponsors Golf Saudi, we have been able to take the event to a whole new level.

“We also have a few special treats up our sleeves for the players, which should add to the whole experience! Ultimately, it’s about inspiring the next generation by building a connection between them and some of their heroes. With the success of last year’s individual Champions on the amateur circuit in 2019, we’re hopeful the event concept is really starting to reap rewards.”

The 2019 Major Champions Invitational individual awards were won by Conor Gough and Annabell Fuller, who were both part of Team Hall. Gough has since represented GB&I at the Walker Cup, whilst Fuller played for Europe at the Junior Solheim Cup. The team competition was won by Team Annika, led by Annika Sorenstam.

A full list of team captains at the Major Champions Invitational 2020:

To view the full field for the 2020 Major Champions Invitational: Click Here