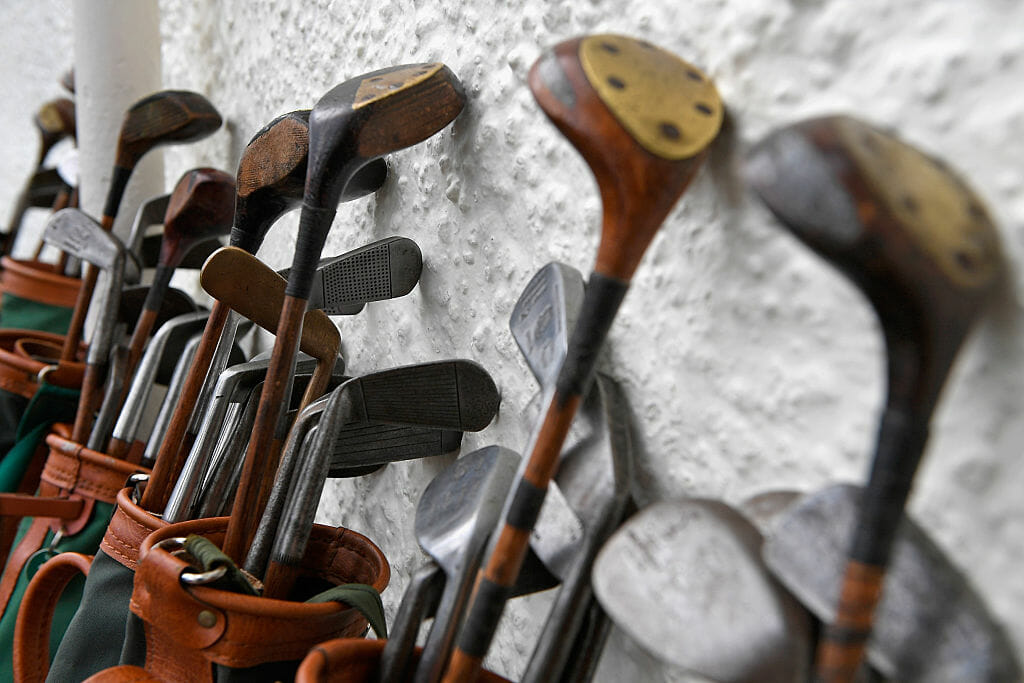 The scientifically obsessed and so-called ‘ahead of his time’, Bryson DeChambeau, is not really doing anything new. Bobby Jones’s set of hickory-shafted, iron clubs employed throughout his Grand Slam year in 1930 were all the same length similar to the weapons DeChambeau uses today.

Materials may have changed but the golfers are still the same species of humanity. Although he never practiced as one, Bob Jones was a University-graduate in mechanical engineering. He put his knowledge and expertise to good use when he retired from competition by becoming involved in the research and designing of the first ever set of matching steel-shafted irons by the Spalding Company in the 1950s.

The ‘bounce’ on the sole of the sand wedge was an idea dreamt up by Gene Sarazen when was making a flight on a small airplane and had the opportunity to study the way the flaps affected how the plane rose or dove. Gene’s ‘bounce sand wedge’ became an instant ‘hit’ as soon as he was seen using it to deadly effect.

News of such trail-blazing and scientifically dependable innovations always travel fast in the golf world. Getting the best out of one’s equipment, whatever it is made out of, has always mattered to golfers of ambition. How good a golfer can become is dependant, at least to some extent, on having equipment that ‘fits right’.

In the 1920s when Walter Hagen, Bob Jones and Gene Sarazen dominated the game, exotic shaft materials did not exist. This titanic triumvirate in golf history won thirty-one major championships between them while having but one choice of shaft material and one choice only: hickory or hickory for all but one of those major wins. The exception being ‘the shot heard around the world’ at Augusta in 1935 when Sarazen holed out a 235-yard, 4-wood, second shot for a famous albatross at the 15th when he was three shots back. It put him in a play-off with Craig Wood, which the ‘little Italian’ won on the following day.

Without the application of modern science, trial and error testing was laborious and time-consuming back in the day but the best players always instinctively knew what they were doing and they also knew what they wanted. Hagen, Jones and Sarazen tested their wooden equipment to the nth degree by sight and feel to make sure it was the best available to them personally, just as any modern pro exhaustively tweaks and adjusts his high tech, space-age clubs, with the assistance of Trackman technology. Instead of relying on the hit or miss of untrustworthy perception and the capriciousness of feel from one day to the next, today’s club builders have the clear advantage of being able to exploit the incontrovertible laws of physics and measure data with absolute precision.

Ben Hogan diligently wrote down every detail of every practice session he undertook in notebooks. With a Trackman at his side he would have had no need to write anything down and also would have had more valuable data to process and consider.

Out of curiosity, I have carried out experiments playing ‘matches’ between my modern clubs and a reproduction gutty ball versus my 1920s hickories and a third millennium, Titleist Pro-V1 ball. The Pro-V1 always wins hands down. After decades of believing almost anything, except for the golf ball, I’m now a ‘Doubting Thomas’ about the constant spiel put out by manufacturers concerning their latest creation that guarantees coveted and badly wanted extra distance. Methinks we’d all be hitting balls into outer space by now if the same tantalising message used 100-years ago always delivered. 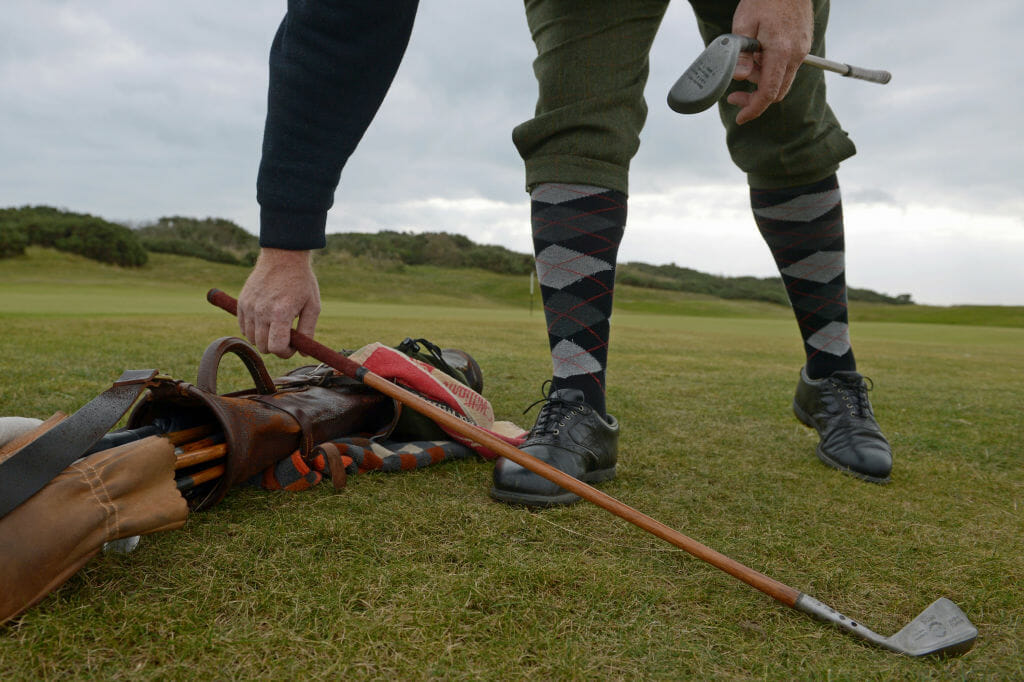 Why is it with all of my hard work on the practice ground, not to mention upgrading my equipment as regularly as clockwork, my golf only gets a little bit better for a short while but the improvement never lasts? Even allowing for advancing years, my never-ending efforts to improve fall short of expectation. I presume it is because that is the way golf is and that is the way it always was and will be.

In golf, every shot is different, and every round is different. You use all parts of your body, including your mind, sometimes not enough and sometimes too much. We take our golf too seriously and treat it as if it was work when, in reality, it is only a game and a fairly simple one at that. Any complications we perceive in the process of depositing a small, dimpled ball in a hole big enough to fit two and a half golf balls are self-induced.

Why do so many of us see golf as a means of testing ourselves? Why can’t it simply be something we do because it is good for us? When you pare Golf down to its bare necessities, you will find spending four hours or thereabouts taking gentle exercise in a state of relaxed concentration is too good for one‘s well-being to ignore. Just being out in the fresh air and walking around keeps us healthy. The wide-open spaces of a golf course is also a connection with nature, which is so important for one’s feelings of well-being and good health, both physically and mentally.

Research undertaken in 2009 at the renowned Karolinska Institute in Sweden discovered that the average death age for the 300,000 registered Swedish golfers was noticeably higher than for other citizens of the same sex, age and socio-economic status. Would you believe a life span of 5-7 years longer, on average? And, the lower the golfer’s handicap, the better are the chances of surviving even longer in good shape. Golf is about trying to do the best you can, whatever equipment you use. It’s about the companionship of other like-minded golfers, especially as you grow older. No study has ever concluded we’ll be healthier if we spend more time watching TV or reading a book.

No matter what one’s age, being enthusiastic and striving to get better (at anything) makes one happy. Play better golf, enjoy golf. Enjoy golf, play better golf. Golf fascinates me as much today as it ever did. I’m always trying out new things. It is why I love playing hickory golf, which feels more like a game of chess than the smash and gouge type of golf played by today’s youth. Hickory golf is played closer to the ground and from point to point. It’s all about swinging smoothly, ball control, patience and strategy.

It is only in my senior years that I have finally embraced the wisdom of the great, Louise Suggs: “Golf is very much like a love affair. If you don’t take it seriously, it’s no fun, but if you do, it breaks your heart. Don’t break your heart, but flirt with the possibility.”  I should have done so a lot sooner.