Celebrate the Women in your life today and everyday 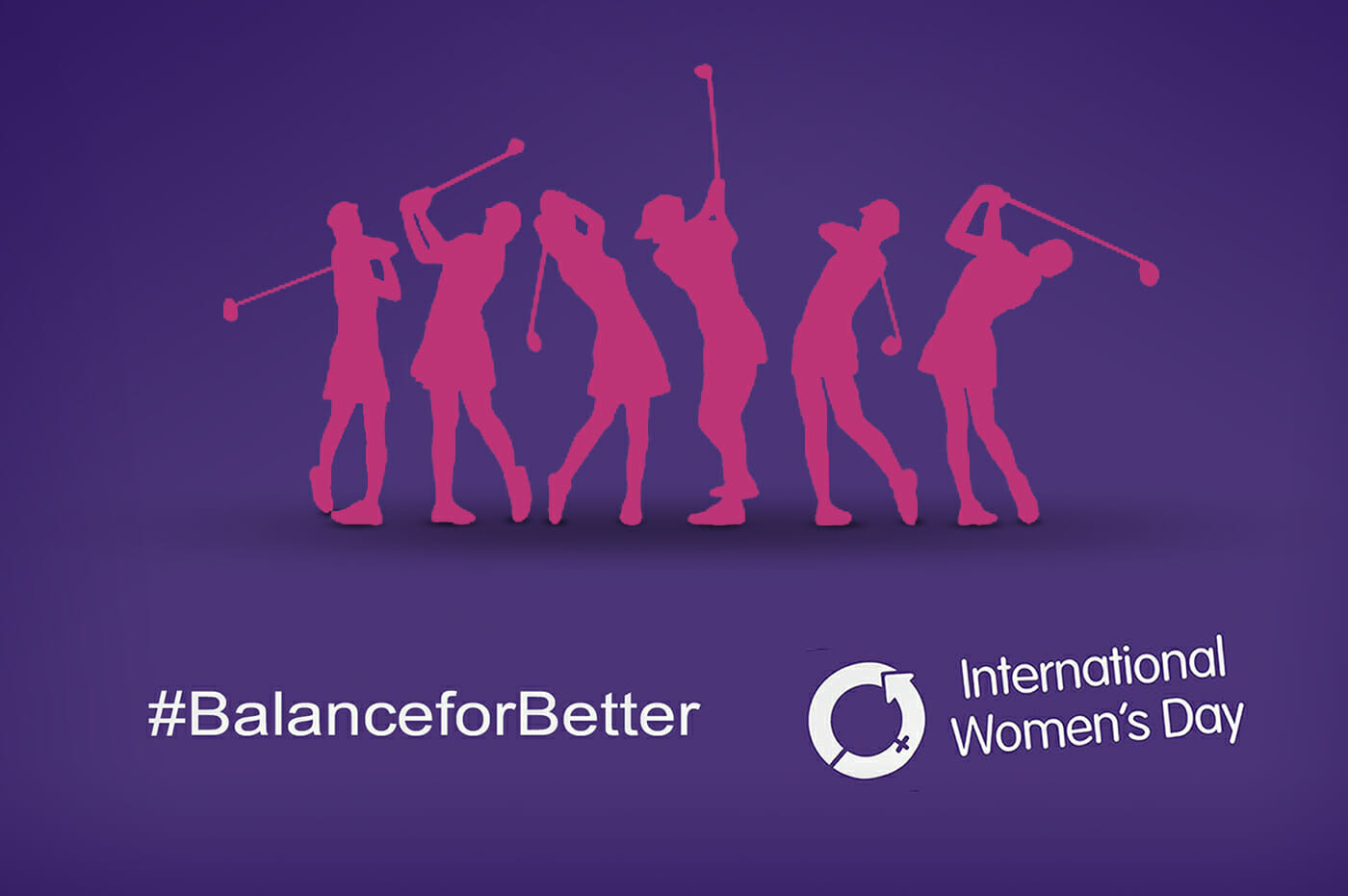 If you didn’t know it already, today is International Women’s Day; a day to celebrate the achievements of women around the world.

Although the exact origin of the March 8th date is still debated, the spawning of the celebration can be traced back to 1908 in New York City when 15,000 women marched through the streets demanding voting rights, better pay and increased opportunity. Over a century later and women continue to be forced to fight for equality by forming such movements, but at least change seems to be taking shape at long last.
This year’s theme is #BalanceforBetter as both men and women worldwide will champion the achievements of women, both politically, socially and elsewhere as the search for true gender equality continues.

In recent years, golf has attempted to step out of its own dark shadow when it comes to finding equality in our sport. A game that for too long was exclusive to small men with big egos, a shift in cultural beliefs has led to the gender gap decreasing. Almost proudly, we can finally stand behind our game as one that’s championing change, but it would be naïve to think that a fair balance has been struck just yet.
You only have to look at the recent Nielsen Research study, released in conjunction with Investec’s 20×20 Media Awards, aimed to reward excellence in Irish journalism focused on Women in Sport, to get a better sense of the alarming mismatch that will only serve to widen the gap between the genders should it not be addressed.

The study found that just 3% of Print and 4% of Online coverage was dedicated to women’s sport in Ireland while it’s estimated that television coverage of women’s sport is less than 12%. It shows that 59% of Irish people believe that the media should do more to promote female sport, with 57% wanting to see equality in female and male sporting role models in media.
With those numbers in mind, maybe it shouldn’t come as a surprise that just 63% of people wanted to see Ireland’s sportswomen become national heroes in the same way as our sportsmen, according to the study at least.
Given that, to date, 107 organisations have shown their commitment to the R&A’s Women in Golf Charter, designed to encourage actions that enable more women and girls to flourish in the golf industry at all levels – added to the 20×20 initiative aimed at increasing women’s involvement in sport by 20% by 2020 across attendance, participation and media coverage – plus the historic vote that saw Ireland finally merge two unions into one to create a single governing body for golf in Ireland – Golf Ireland, attitudes towards women golfers do look to be slowly turning around at long last.

But why wouldn’t they be?
You only have to glance at the game globally to witness our women striving on the world stage. Leona Maguire is turning heads already in her first full year as a professional golfer. The former world amateur number one reached heights in the amateur game that our male players could only dream, breaking a litany of records at Duke University in North Carolina before turning pro. The Cavan star has picked up two top-20 finishes on the Ladies European Tour this term and returns to action for her Symetra Tour reappearance at the SkyiGolf Championship starting today in Florida. It’s only a matter of time before her peak amateur form translates to the paid ranks.
On the LPGA Tour, Ireland is represented by Jordanstown’s Stephanie Meadow who has been forced to show more resilience in her young career than would be asked of most players in a lifetime. It’s Meadow’s third shot at the big time having looked destined to shine on this stage twice in the past only for the golfing gods and those further afield denying her the privilege.
The former Alabama star entered the 2017 LPGA campaign with dreams of reintroducing herself to the golfing world after a glittering amateur career. When she turned pro in 2014, she finished third on her debut event at the US Open in Pinehurst before her season was derailed so brutally by the loss of her number one supporter and Dad, Robert, after a short battle with pancreatic cancer.
Having come out the other side of that heartbreak and regained a status on the Tour, results failed to match expectation; her body not allowing her to express her true self on the golf course. She had suffered an L5 Pars fracture of the spine, a potentially career threatening injury, and with Meadow too far into the season to obtain a medical exemption, she had to watch her LPGA Tour dreams fade into obscurity from the physio’s table.
It would have been easy to feel sorry for herself, to throw in the towel on her dreams, but instead a fire grew inside Meadow as she climbed the Symetra Tour mountain to secure her LPGA status for this season once more.
There’s no doubt that through the example of Maguire and Meadow, the conveyor belt of Irish talent coming out of the ILGU stable has only increased, with Ireland well-represented at home and abroad across all levels of the game.
Just next month, Ireland’s top-ranked amateur, Banbridge’s Olivia Mehaffey, will contest the inaugural Augusta National Women’s Amateur set to be held the week before the Masters.

The Arizona State star and current world amateur number 19, who re-entered the winner’s enclosure last month with victory at the Bruen Wave International, will be part of the historic 54-hole strokeplay competition on April 3-6 where amateur women will get the chance to compete amongst the azaleas of Augusta National for the final round.
Mehaffey might be the current standard-bearer Stateside but Swords golfer, Julie McCarthy has been making her own waves in her sophomore year at Auburn University. Just this week, McCarthy became the only Irish player named in the International team for the Arnold Palmer Cup which takes place at The Alotian Club from June 7-9.
An automatic selection to the side, she is currently the highest ranked GB&I Collegiate golfer following a top-three finish in the Allstate Sugar Bowl Intercollegiate last month. It was her fourth straight top-five finish for Auburn dating back to the fall season, and during that span, she has shot par or better in six of 10 rounds.

For the women of golf in Ireland, the list goes on, with Lisburn’s Paula Grant flying the flag for the ILGU as she juggles a full-time job with her playing commitments. Grant has already claimed two top-20 finishes at the South American Amateur in Chile and the Portuguese International Ladies Amateur and serves as a constant example to those wondering how to chase their dream when time is against them, that anything is possible.
Indeed, if our women golfers can continue in this rich vein of form, it’s inevitable that others will follow suit and the game will grow. 20×20’s tagline of, ‘If She Can’t See it, She Can’t be it’ reminds us of our responsibility to help in this endeavour. There’s too much achieving going on for the media not to take notice; too many bright talents out there to think they won’t shine.
Today’s not just about women in golf but every woman around the world who deserves our appreciation. For the mothers who guide us, the grannies who impart wisdom, the aunties who cover-up our misdemeanours, the sisters who flag them to our mothers, your wives, girlfriends, daughters, granddaughters and your first cousin Sheila twice removed, let them know you care – not just for the day that’s in it, but for the joy they bring. Who knows how far that may take them?