Oh Rickie! What have you gone and done? 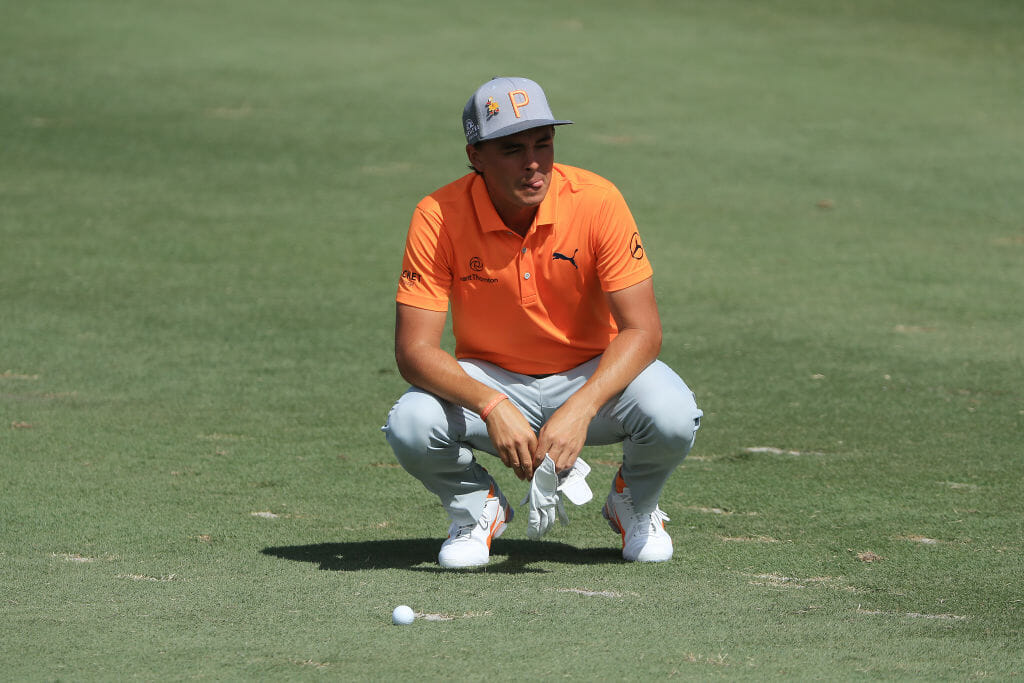 The game’s leading tour players have been making their feelings known since the rule changes at the start of the year with Rickie Fowler taking his actions to a whole new level.

Rickie Fowler; cheeky chappy or shrewd operator acutely aware of his actions when making a deliberate mockery of the new drop rule?

Fowler is clearly not enamoured by the new knee-high drop rule and metaphorically shat all over the concept at last week’s Honda Classic when dropping his ball from behind as if squatting for the toilet.

Fowler is nothing if not a guy out for a bit of banter and play acting. He has a sense of humour and is able to poke fun at himself, just as he’ll seize an opportunity to rib his pals on tour.

But there’s a serious point to all of this. Of all the rule changes since the start of the year, the knee-high drop is the one taking up airtime and gathering momentum. Even the flagstick staying in is quickly shuffling into an accepted norm, especially when Bryson DeChambeau, Adam Scott and co continue to drain putts with stick in hole.

“To me, we all want to grow the game,” said Fowler after his ‘unorthodox’ drop! “You’re not going to grow the game by making it look funny or make guys do unathletic things. You want to make it look cool. Ultimately, we’re trying to bring more of a younger generation in, and when you have people making fun of something it doesn’t do the game any justice.”

For context, Fowler was penalised one shot the previous week at the WGC in Mexico after he shanked out of bounds and mistakenly dropped from shoulder height instead of the new knee height.

Fowler insists he and many players think it’s a bit silly, and he’s getting his point across by making fun of it.

Sad to say this hacker has already been partial to a number of drops since the start of the year – and the knee-high action does feel odd.

It’s one of those where first thing that comes to mind is; am I doing this correctly, followed by a quick glance to playing partners, who thus far have given way to a mild chuckle at the new drop.

Do you hover the non-standing leg in mid-air a la Swan Lake, or adopt the royal curtsy approach with something of a double knee bend?  It’s fast-becoming a sullied minefield. For that reason, I’m ok with Rickie making his high-profile point as he gains maximum points from the judges for artistic impression.

Fowler is not the only leading tour player happy to get his point across regarding the new rules. Justin Thomas’ beef with the caddie lining up a player (or not in the recent case with Adam Schenk) has led him into a public spat with the USGA this week as both parties took to Twitter to air their thoughts. That particular standoff still has some way to run.

The level of disgruntlement has also forced PGA Tour Commissioner Jay Monaghan to issue a memo to tour players this week to emphasise the need for a “collaborative process”.

Are we witnessing a new episode of player power in light of the new rule changes, or is this just the norm, except everything these days is simply more visible and accessible in the age of social media and smartphones?

At this juncture, it appears players will continue to make their views known. The question is, will their actions ultimately lead to some form of change in these barely dried rules?