The business of being Rory McIlroy 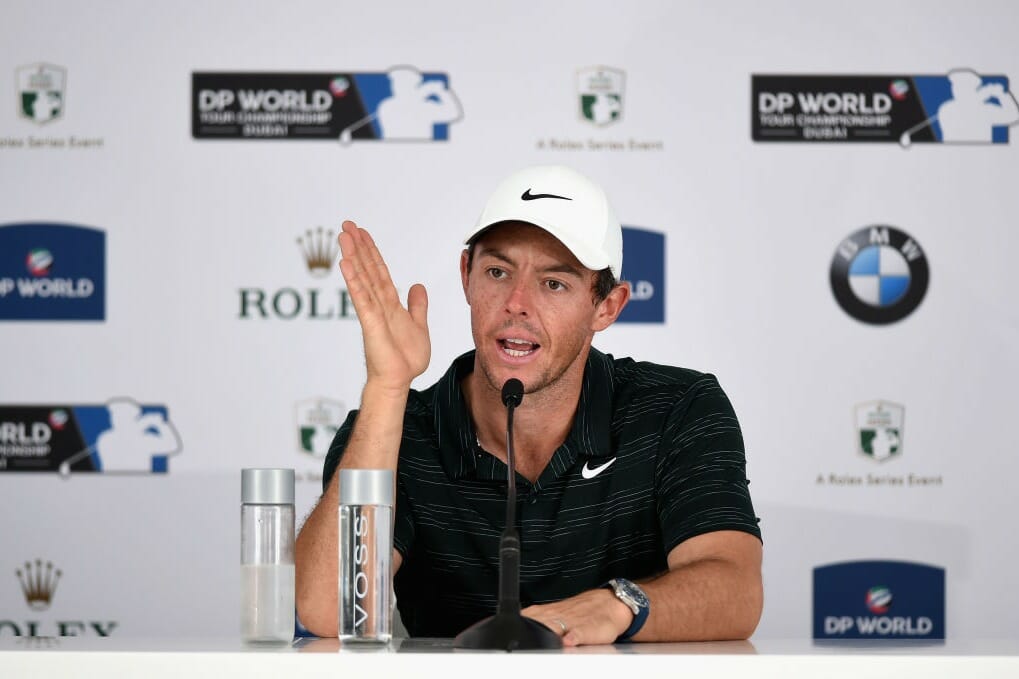 For the likes of Tiger Woods, Phil Mickelson, Rory McIlroy and for that matter any leading sports star it is not just about performing, behind every successful individual is a team feverishly managing the business affairs of their client.

Take McIlroy, whose business affairs are managed by Rory McIlroy Management Services Ltd, the Dublin-based business set-up by McIlroy himself in 2013 soon after he split with Horizon Sports.

McIlroy established the company appointing Donal Casey as Managing Director and McIlroy’s father, Gerry as a director.  Sean O’Flaherty, who also manages McIlroy at tournaments, was appointed a director on July 1st, 2017 and replaced Barry Funston.

When Rory McIlroy Management lodged their first set of accounts the firm placed the ‘book’ value of the value of McIlroy’s image as Euro 400m.

The company manages the royalty payments of McIlroy’s various endorsements such as Nike sportwear, TaylorMade, Omega, Bose, Upper Deck and Electronic Art (EA) Sports’ Rory McIlroy PGA Tour computer games and despite McIlroy struggling somewhat on-course recently, his business appeal has remained as last year he signed last a new 10-year deal with Nike while also in 2017 he signed on with TaylorMade after Nike abandoned their sports equipment business operations.

However, we are also now aware of the impact of McIlroy being injured for the earlier part of last year and while we know how the injury impacted on the golf courses, we have now learnt the impact to his business.

McIlroy contested just 14 PGA Tour events and five ‘regular’ European Tour tournaments and in reports released late last week, reported by the Irish Independent, revenue from the Rory McIlroy Management and image rights ‘tumbled’ by 71% to Euro 5.5m while the company did record an operating profit of Euro 2.822m.

After the non-cash amortisation (payback) cost of Euro 15.8m and interest payments of Euro 1.7m are factored in, the company recorded a pre-tax loss of Euro 14.6m.

The Independent also says the pre-tax loss of Eur 15.8m was a fraction of the Euro 92.6m pre-tax loss sustained in 2016 and this was mainly due to a non-cash write-down of Euro 83.7m in image rights.

The ‘book’ value of McIlroy’s image rights that was listed at Euro 400m when the company was founded had dropped to Euro 247m at the commencement to 2017, and was down to Euro 230m at the start of 2018.

What is up is the payment to directors with the ‘Indo’ reporting pay to McIlroy Management directors was Euro 931,000 up on the year previous value of Euro 627,195.

Looking at the numbers you now realise why McIlroy lets someone else manage the business affairs of Rory McIlroy, allowing him to focus on his golf.