A Presidential conundrum: the art of reporting 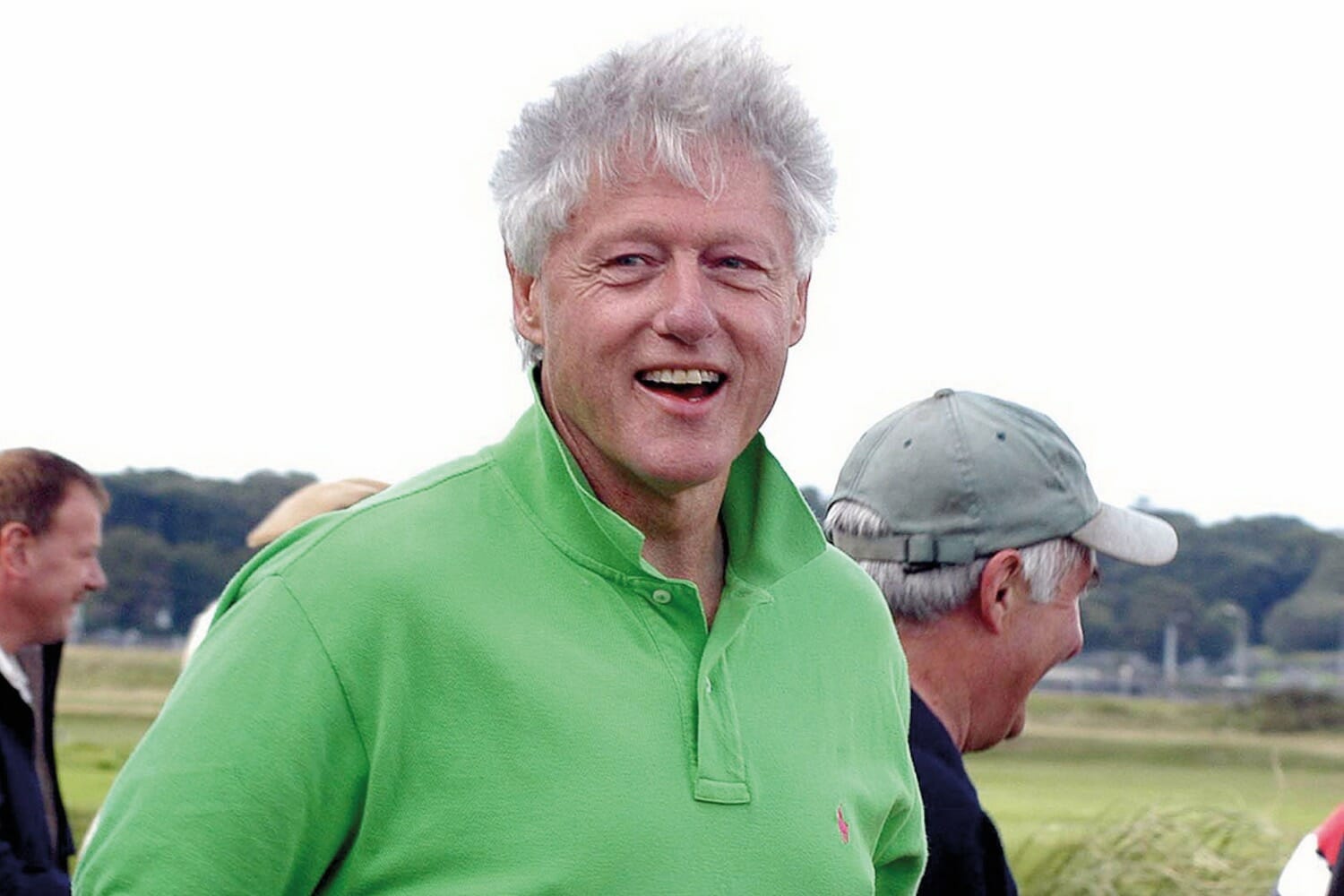 Tasked with reporting on something that no-one could watch or talk about, I suddenly realised I was in a spot of bother.

There I was, standing on a balcony in Ballybunion Golf Club, with a clear view of a serving President of the United States hitting golf balls into the distance, and him just 50 feet away from me.

First and foremost: “Make no suspicious or sudden moves. Don’t spook the twitchy and ultra-alert Presidential security detail or you could be plugged before you could say “I was only reaching for my tape….aaaaaarggh.”

Third: “Look at those golf balls, all nice and shiny, and he’s lashing them away into the rough. One hit and they’re gone…..but boy, will they be worth something if only you could get down there and scamper away with them.”

Fat chance. A privileged cohort of club officers, local dignitaries, government officials and a select media contingent were able to gain access to the Ballybunion clubhouse, but a massive security presence of armed Irish Gardai and US Secret Service men and women dominated the inner sanctum and every square metre of territory around the golf club.

“Go ahead, make my day” was the unspoken vibe emanating from the Americans, so I made sure to keep myself in good order and the hands visible at all times in order to stay out of trouble.

The date was Saturday, September 5, 1998, and President Bill Clinton was taking time out from his State visit to Ireland to finally achieve a long-held ambition to play Ballybunion.

I was reminded of that historic occasion on noting that Ballybunion GC members will celebrate the 125th year of the club’s founding throughout 2018.

It was a fair bet that beyond the official meeting, greeting and speeches, when Bill and Hillary were in their private quarters, Mr. President was getting all picture but no sound from the missus. Bill, of course, had himself in very hot water as the Monica Lewinsky scandal was causing huge controversy at that time

However, he did get to escape onto the golf course.

I was tasked to report on the Clinton golf outing. Grand – except for the minor problem that reporters and public were barred from the golf course which was littered with snipers in covert positions making sure that Bill’s only problems would be with his golf game.

There would be no press conference afterwards where we would get info about the round of golf, beyond a quote that “I played Ballybunion, and Ballybunion won” from POTUS.

The après-golf celebrations were going on after the President’s departure, and as darkness descended, yours truly had very slim pickings about the Clinton game of golf.

A page of Monday’s Irish Independent had been set aside for the story. What to do? How am I going to get the inside track on this round of golf?

And then – a little breakthrough. Someone casually pointed out the man who had caddied for Bill.  Hello! My laser-like focus came to bear on Michael Scanlon, who was in conversation with a number of his friends. No doubt they wanted to hear the same story as I did. The difference was they didn’t need chapter and verse and have to put it in the public domain.

I didn’t take my eyes off Michael for almost an hour. At the same time, I wasn’t sure if he’d tell me anything at all, particularly if I approached him in public view, so I waited until he left the clubhouse, and followed him into the car park.

There, I introduced myself, and asked if he could help me out with a few details about President Clinton’s golf performance. Gentleman that he was, Michael agreed. What a relief.

As befitted a senior caddie at Ballybunion, Michael had a clear memory of Bill’s round. He took me through his game, hole by hole, and I could ascertain that the 13-handicap President had 31 points; had scored five pars, recorded two blanks, and almost aced the par-3 15th using a three-iron. Unfortunately the ball ran just past the hole and Bill missed the birdie putt back.

There was one proviso from Michael – he asked me not to mention his name in the article, and I respected his wishes, I was just grateful for the unique insight Michael had given me when I needed it most.

Article from the February edition of Irish Golfer Magazine. To view the full magazine CLICK HERE