Lady luck plays her role to perfection once more 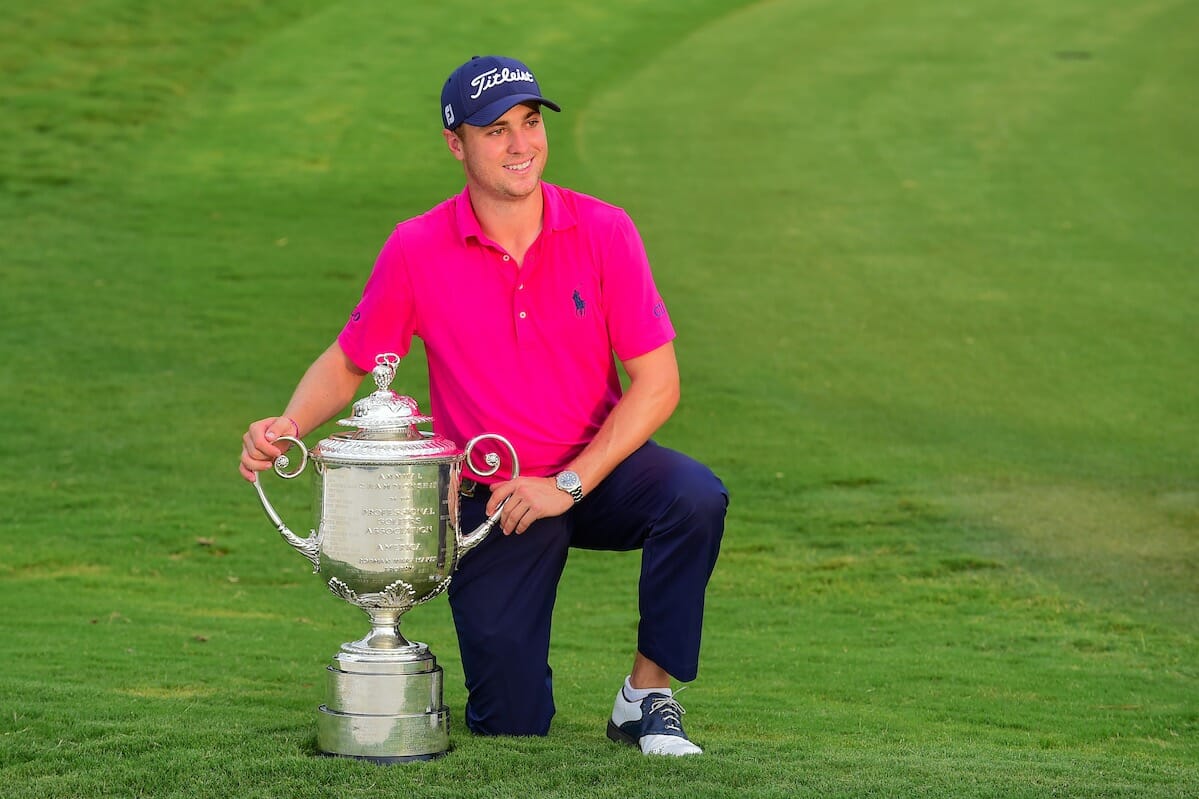 The 2011 Masters is best remembered for two things. Firstly, Rory McIlroy’s back nine collapse, and secondly, Charl Schwatzel birdieing the final four holes to get his hands on the green jacket.

What’s lesser remembered is that McIlroy began shakily – three putting from just off the green for bogey at the first, needing a good up and down from the bunker to save par at the second where Louis Oosthuizen would make two for albatross 12 months later. He failed to birdie the almost drivable (for Rory) par four third, or the par five eighth where Tiger Woods had stirred the crowd – sorry, patrons – into a frenzy with an eagle about an hour before. So much so, that when Rory stood on the tenth tee and infamously hooked his drive, his game was already teetering on the brink. The rest, of course, is history.

What’s lesser remembered about Schwartzel’s round is that Charl also began shakily. Finding the rough off the tee, the South African left himself a long chip and run from short and right of the green. If you offered him anywhere inside six feet, he’d have taken your hand off. He holed it. By the time McIlroy walked off the first green, his lead had been halved. On the short third, Schwartzel played for position and left himself a short wedge in. In reality, he was looking to put it close. Again, he’d have been delighted with inside six feet. Again, he holed it. By the time McIlroy reached the third tee, his lead was gone.

Few golf tournaments, majors particularly, are won without a touch of luck along the way. Of course, it’s what you make of the breaks you get that ultimately decide events, but still, luck goes a long way.

I couldn’t help but be reminded of this watching the PGA Championship last week on Sunday, and on the tenth hole in particular. Justin Thomas’ drive was pulled left into the trees. Anytime a ball goes into the trees, it’s strong odds on that you will not have a shot at the green, and even if you do, it will require a manufactured shot, often around or under branches etc. What is odds against is that the ball ricochets perfectly into the fairway, leaving you in almost perfect position. That’s exactly what happened to Justin Thomas. A major stroke of luck at a major time.

Ten minutes later after a great 3-wood, an average chip and a relatively average putt (let’s face it, he wasn’t trying to hit it like that), Thomas’ ball hung on the edge of the cup, seemingly defying gravity. But we see this all the time – the player waits, walks around, looks closely, waits some more, concedes that it won’t drop, and taps it in – but this time it actually drops.

Fully 11 seconds after the ball appeared to come to rest.

Now, I’m not trying to claim any violation here. A player is allowed 10 seconds to deem a ball fully stationary before a penalty would occur, but the clock doesn’t start ticking until they reach their ball, and as is custom in such situations, Thomas took a large detour.

Perhaps it is coincidental that playing partner Hideki Matsuyama appeared to have taken a two stroke lead before Thomas’ ball dropped, and that Japanese followed with three consecutive bogeys, but it’s also possible that Matsuyama was psychologically reeling from the events on the tenth.

Either way, it’s in the history books, and just like Charl Schwatzel’s green jacket, Justin Thomas’ Wannamaker trophy was won with some great striking, some clutch putting, and no small measure of good fortune.