The Open Championship. The greatest Major of them all 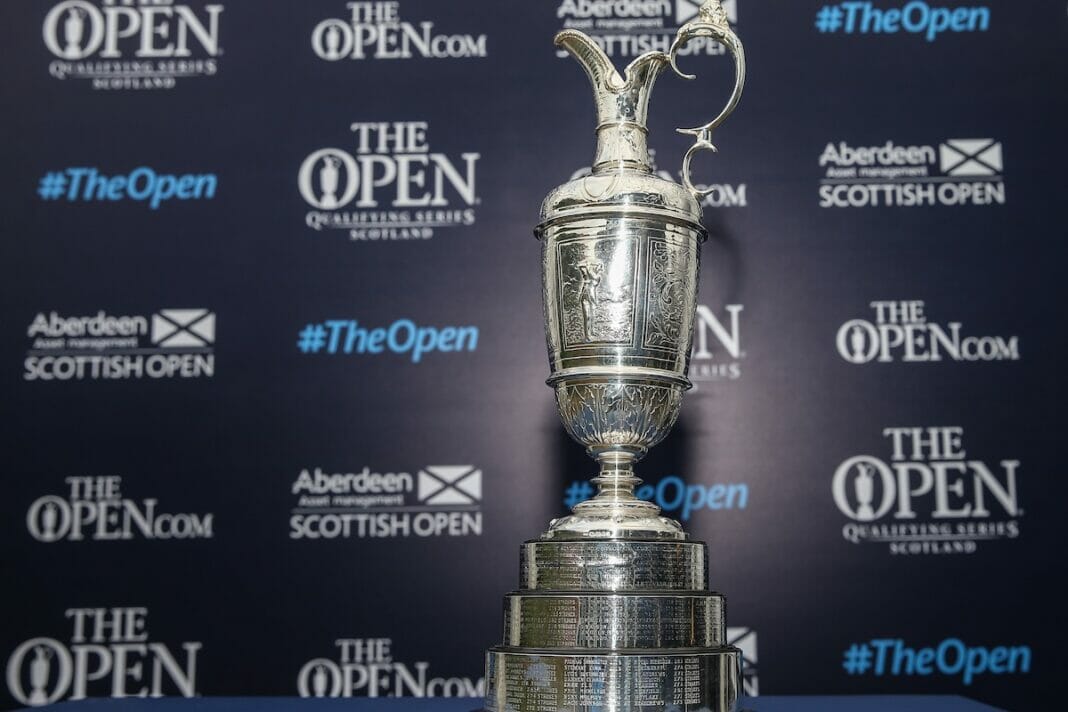 Hurry along old chaps and leave no crumpet behind. Pondering tartan trousers? Bring them along too my boy. This is Open Championship week. Embrace the quirky customs, get lost in the nostalgia and behold the pampered custodians of our game getting unmercifully smashed by elements a Californian coastline wished it could replicate.

So why do they come? ‘Money’, the cynics will say. Why else would anyone bother getting out of bed in this modern world? Nothing to do with creating a legacy. Forget being paid with esteem. Actually you can keep my name off the jug completely if it means an extra 100g in my bank Monday morning. Hogwash! This is the oldest Major in golf. It dates back to 1860. Call it traditionalism, favouritism, optimism, but in my eyes, this is golfing purity, unspoiled and how it was intended.

All great Majors have history but none quite compare to the far reaching depths of Open championship folklore. First contested at Prestwick Golf Club in Scotland, Willie Park Sr. beat Tom Morris by two strokes having played the course’s 12-hole layout three times that day. Old Tom Morris, went on to win four championships in eight years while his son, Young Tom Morris, won the championship four times in a row before his tragic death at the age of just 24.

In those days the winner received a championship belt ala Muhammad Ali or Hulk Hogan. When Tom Young won for a third straight time in 1870, however, he held the belt for keeps. A Silver Medal was presented to the winner in 1872 as the coveted Claret Jug neared completion. Both have survived the test of time. This week’s low amateur will go away with the precious Silver Medal. To the professional champion, the prized jug.

Fast forward from 1860 to the tournament’s 100 year anniversary and ‘The King’, Arnold Palmer visits the home of golf, St. Andrews, to join in the celebrations. The previous year there had been no American professionals competing and Palmer seemed determined to know why. He finished second to Australian Ken Nagle that year but his love for the tournament was reciprocated by the British fans who came to quickly adore him. He returned to Birkdale and won the year after. As pictures filtered back to The States of the swarming galleries and distinctive links features, the championship soon became unmissable no matter where you lay your head. A relationship with The King forged for all eternity in the process.

In an age where everything is either filtered or enhanced for our supposed benefit, there’s something refreshing to be found in the longevity of The Open Championship course rota. Links golf remains the superior form of the game, be it Carnoustie, St. Andrews, Waterville or Portmarnock, we truly have an embarrassment of riches in this part of the world. They may come across as grey and dull to the untrained eye but craterous bunkers, sandy dunes and treacherous wispy hay make for telling hazards and unbelievably entertaining golf. There are few holes the same on such layouts and it’s the full examination of the golf game that parkland courses can’t duplicate.

If you don’t believe me, take Tiger Woods’ word for it. His eight stroke demolition of the Open field in 2000 was living proof that Tiger had truly mastered the links game. He wrote in his blog about how he thrived under the unpredictable conditions and embraced the unrivalled shot-making challenges an Open course presents:  “I love the creativity of being able to hit shots and utilize the ground as an asset. That’s something that we don’t have in the States; we don’t really play that game here.”

“You can have so many different weather conditions. You just don’t know. That’s one of the unique things about The Open Championship and why it’s my favourite major championship. It’s the only tournament besides the sand-belt courses in Australia that we can actually use the ground as a friend and bounce the ball into the greens. Modern golf is all up in the air.”

It might be hard for the average club member to remain positive when sideways wind and rain is pelting them in the face of a weekend stableford, but people genuinely travel to our shores for such experiences. Sure The Masters is pretty with its vibrant azaleas and holy trinity, but a green jacket looks hideous despite what their propaganda machine suggests. The US Open is undeniably brutal but where’s the imagination in designing an 8,000 yard monster and growing out the grass? And the PGA Championship… Well, enough said.

We often make the mistake of seeking our thrills and adventure much further afield when regularly overlooking the beauty on our own doorstep. We need to remind ourselves that we live in a golfing paradise with courses rich in history. Past champions don’t come much greater than Seve, Nicklaus and Watson. Each track has its own identity shaped by the footsteps of these greats and as long as our landscapes remain intact, void of human interference, we will continue to provide the most unique golfing spectacle of them all. And they’ll travel from far and wide to see it.