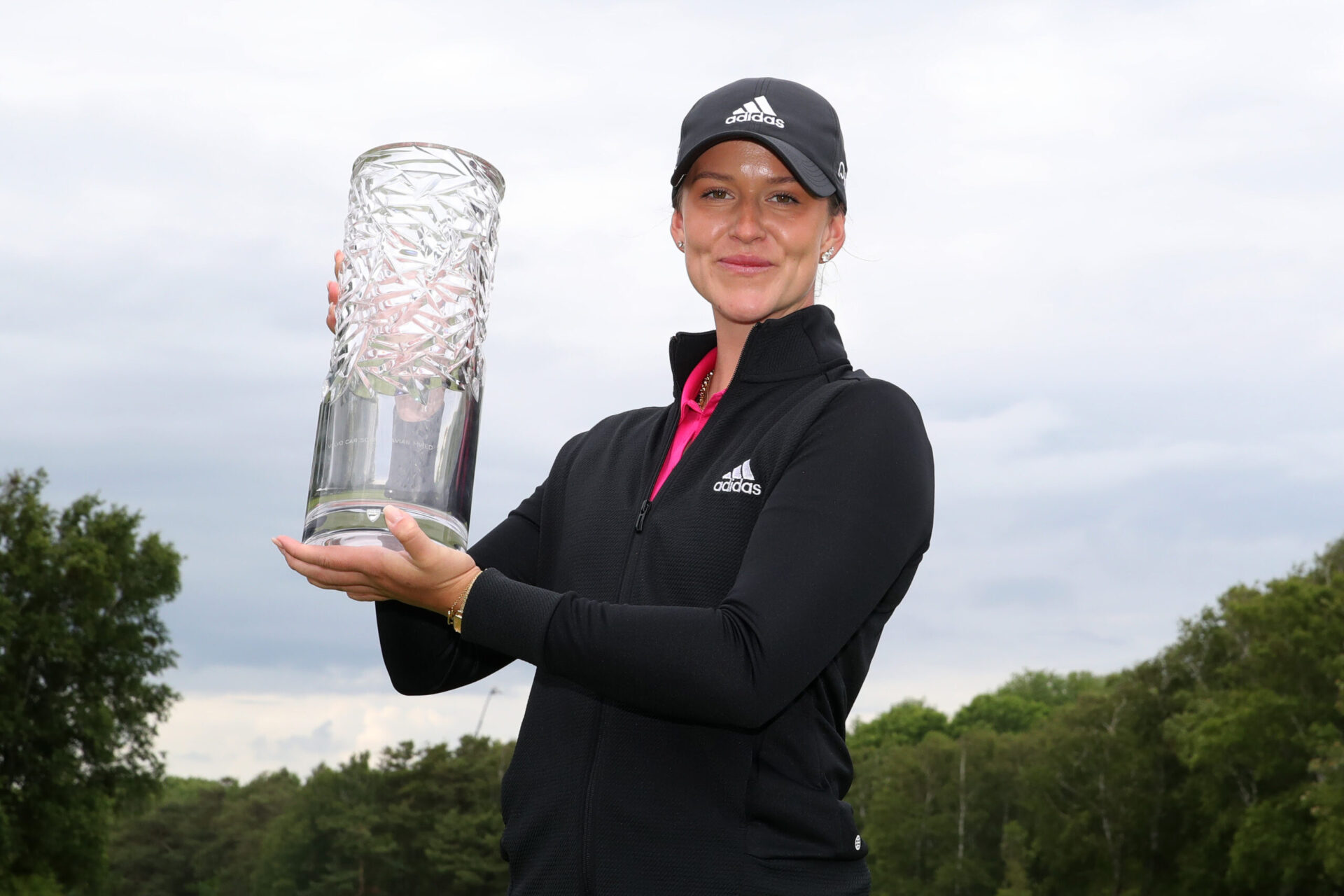 HALMSTAD, SWEDEN - JUNE 12: Linn Grant of Sweden poses with the trophy after victory on Day Four of the Volvo Car Scandinavian Mixed Hosted by Henrik & Annika at Halmstad Golf Club on June 12, 2022 in Halmstad, Sweden. (Photo by Jan Kruger/Getty Images)

Jonathan Caldwell secured the best result of his season so far at the Volvo Car Scandinavian Mixed in Sweden but was overshadowed by local favourite Linn Grant, who made history by becoming the first woman to win on the DP World Tour in dominant fashion.

Made possible by the unique format to the event, which saw men and women compete side-by-side for the same title in an event co-sanctioned by the DP World Tour and Ladies European Tour, Sweden’s Grant was nothing short of outstanding as she dominated the field to win by an incredible nine shots at Halmstad Golf Club in Tylösand.

The 22-year-old signed for an amazing bogey-free eight-under 64 in her final round to finish at 24-under-par for the tournament, well clear of second-placed Marc Warren and tournament host Henrik Stenson, who were her nearest challengers at 15-under.
Grant came into the final round with a two-shot lead but would be out of sight by the time she stepped on the seventh tee as she carded five birdies in her opening six holes to open up a six-stroke buffer that would only grow as the day progressed.

Three more birdies would drop in her first four holes of the back nine, meaning the final four holes of the final round were a procession as she revelled in the adulation of a partisan home crowd that contained her parents, with boyfriend Pontus on the bag as well.
A former team-mate of Olivia Mehaffey’s at Arizona State, it’s Grant’s fifth win of the calendar year already, having won twice on both the Ladies European Tour and Sunshine Ladies Tour prior to this, and she now has made history in Sweden that can never be taken away.

“I’m speechless and I’m so happy that I’m at home just to see all the kids and my family is here and everyone that I care about is watching, so it’s really nice. I was actually surprisingly calm on the first tee. My first day with Annika was my most scary and stressful one, so today on the first fairway I told Pontus that I was very calm and it’s very doable today to play with this.” added Grant.

“I felt happy and relieved and to be able to get in the zone and just enjoy golf for a last day was very nice. When I walked up on the 13th green, I saw the leaderboard and I saw it was eight shots and it was very relaxing to not have to change gears and I could just go out and continue doing what I was doing.

“I hope this victory is big. I hope it brings women more forward and it gets people’s eyes on us a little bit more. It is always nice to say that you beat the guys for a week! To be able to speak Swedish and hear everyone out there cheering for you, it was amazing.”

“Pontus (Grant’s caddie and boyfriend) has been amazing, keeping me calm and doing everything right. The crowds are, like always, amazing. Swedish crowds! “It’s a nice feeling. All week I just felt like it’s the girls against the guys and whoever picks up that trophy represents the field.”

Scotland’s Warren had a good final round of his own, a bogey-free 65 – with five birdies coming on his back nine – earning him a share of second alongside tournament host Stenson, who impressed all week, at 15-under-par.
Australia’s Jason Scrivener, who played alongside Grant in the final pairing, had a putt on the 18th to join them but when it slid by he had to settle for a level-par 72 and a share of fourth at 14-under-par alongside Santiago Tarrio and Darius van Driel.

Meanwhile, Caldwell had to hand over the title he won last year but he will be quietly pleased with a 37th-placed finish and his lowest round of the week on Sunday as he secured his best result of an injury-affected season at Halmstad.

The 38-year-old Clandeboye man picked up an eagle, two birdies and two bogeys in a two-under 70 to end his week at four-under-par and inside the top-40 which, while it obviously is not the result he was wanting, indicates some improvement after a rough run of 11 missed cuts in 14 events.