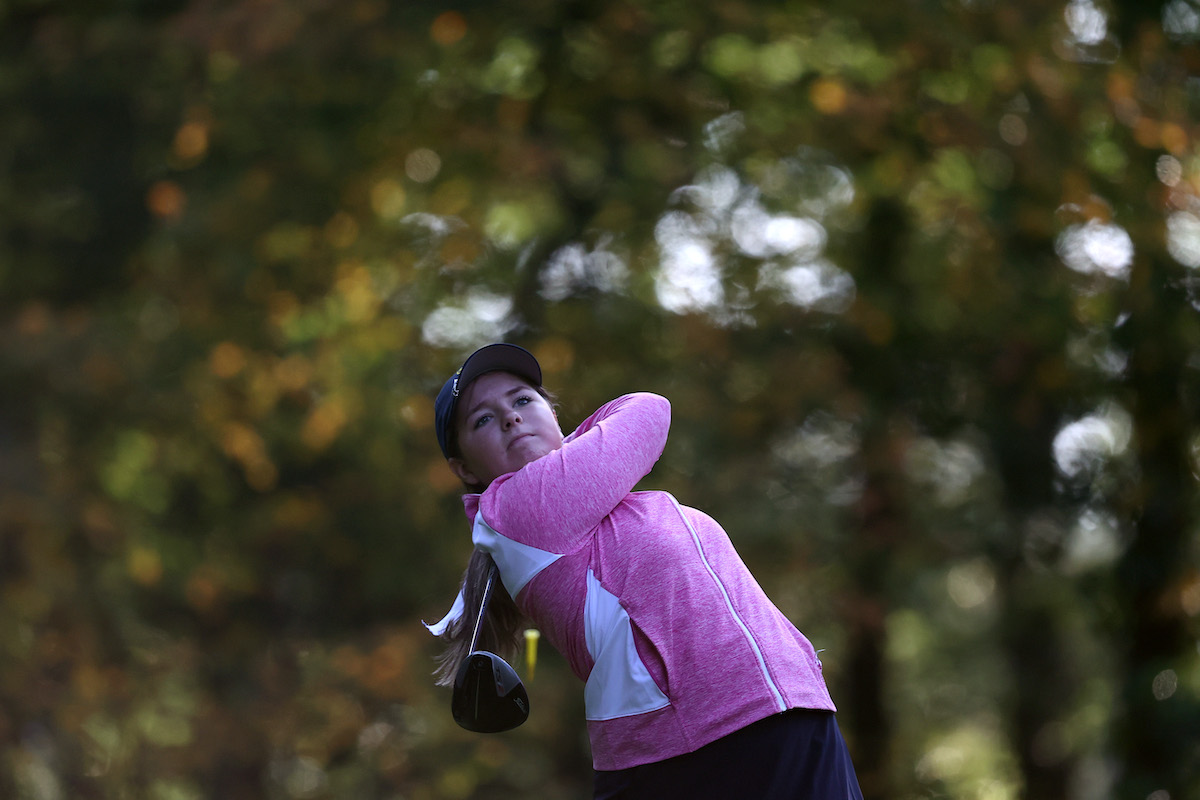 Katie Poots admitted she was surprised to find herself in the last group heading into the final round of the Flogas Irish Women’s & Girls Amateur Open Championship at Co. Louth Golf Club.

The Knock golfer roared into contention after she shot the low round of the day with a five-under 69 to move to within two shots of Scotland’s Lorna McClymont and make sure she rubs shoulders with her and England’s Millie Thompson today.

Poots who won the Fairhaven Trophy last week said earlier in the week that winning the Irish Close Championship was her goal for the year, but she won’t say no to the Irish Amateur Open!

“Yeah I’m delighted with the round,” she said unaware of her surge up the leaderboard. “A bit shocked, I didn’t expect to be coming in like that but yeah happy enough just got to play my own game and see what happens tomorrow.

“I would love to win it but I am not putting pressure on myself.”

After the first round was hit with a deluge of rain, the players basked in the Baltray sunshine and there were low scores to match. Nineteen players broke par on day two and Poots took full advantage of the conditions landing two eagles on the third and ninth holes.

“There’s definitely a score out there it’s not as windy as it was yesterday and it’s dry. Yeah I hit a lot of good shots and just held the putts for birdie, or eagle! Yeah I just kept it steady.

“The third I hit driver a bit right and then a 7-wood into three-feet, then on nine I hit driver 8-iron into ten feet and held the putt so, stress free.

The sixteen-year-old has played with a smile on her face all week even in the miserable weather on Friday that battered the players and she was laughing and joking with her playing partners and friends after she tapped in for par on 18.

The Belfast native has had her father on the bag all week and she is hoping more family members will make the trip down the M1 to support her.

“The weather was a lot nicer. I had my friends there to support me the last few holes on the way in and there was a bit of craic.

“It would be great if hopefully my family could come down and support me and we’ll see what happens.”