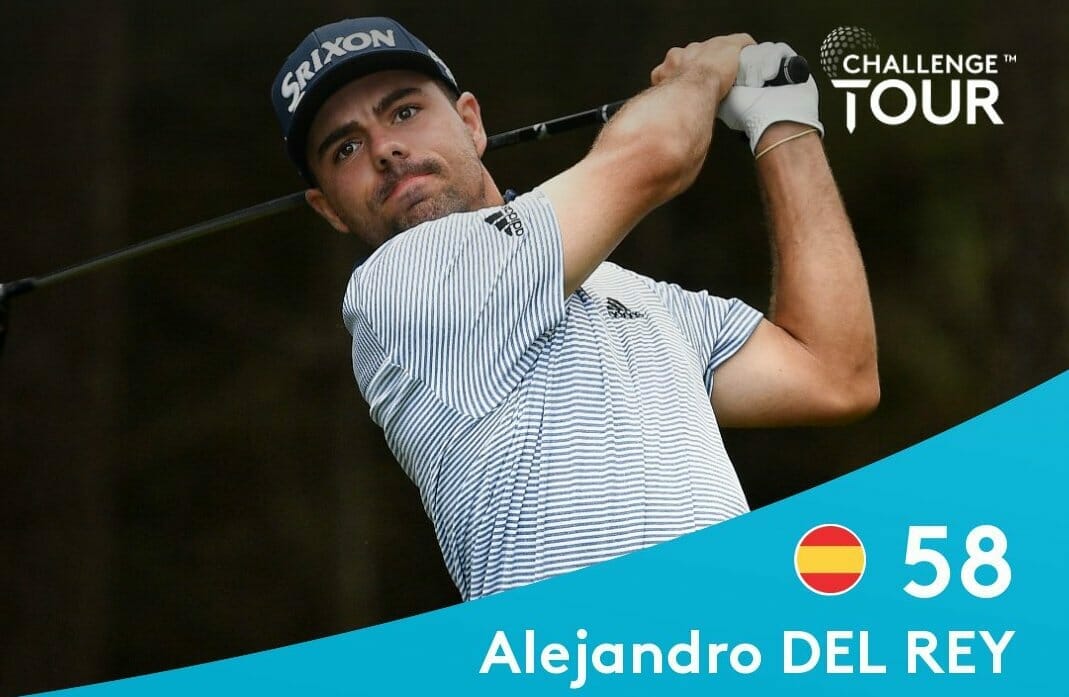 Gavin Moynihan kept himself in the hunt for Swiss Challenge glory in his second round, but day two at Golf Saint Apollinaire belonged solely to the outstanding Alejandro del Rey. The Spaniard shot a two-over 74 in his opening round but went 16 shots better on Friday to shoot the Challenge Tour’s first-ever 58 and take himself from the verge of missing the cut to one shot off the lead.

The 23-year-old has only one win to his name, on the Alps Tour, and has only finished in the top-10 on the Challenge Tour three times in his short career, but he was nothing short of sensational on day two as he carded the lowest ever round to par on any major tour – 14-under-par.

Starting at the 10th, Del Rey had an incredible start to his round, beginning with a birdie and two eagles in his first three holes, and he gained two more shots before the turn to go out in 29.

He would take the same score back, too, five birdies in his first six holes of the front nine putting him on the verge of history, and he sealed an incredible achievement with an eagle at his final hole to sign for a 58.

“I think the key for me is trying to stay patient out there, I am going to have a lot of putts for birdie, I let myself go a little bit (Thursday) and missed a lot of them,” said Del Rey.

“I just did pretty well today when I dropped the first couple ones and I stayed pretty patient when I missed a couple again and then I just went back at it.

“I should take a nap because I need it, but I don’t know if I am going to be able to take a nap right now because I’m pretty pumped. Tomorrow is a whole new day, and that’s golf.

“I shot a 74 yesterday which is kind of crazy, so it’s just another round. I’m just going to go out there and shoot as low as possible.”

Remarkably, despite his record-breaking round, Del Rey is two off the lead, which is held by Marcel Schneider, who had a disastrous 69 by comparison!

“I should take a nap because I need it, but I don’t know if I am going to be able to take a nap right now because I’m pretty pumped.”

Alejandro Del Rey reflects on a remarkable record-breaking round of 58 at the #SwissChallenge pic.twitter.com/ZIGJkd3K92

The German, who is riding a wave of confidence after winning last week’s Open de Portugal, is 14-under for the week but it could have been so much better for him had he not finished bogey-bogey-double after stringing together seven birdies prior to that.

He leads by one from Lukas Nemecz and Lauri Ruuska, who fired rounds of 64 and 65 respectively to lie 13-under, with Del Rey alongside four other players in a tie for fourth at 12-under.

Further back is Moynihan, who isn’t out of the tournament yet at eight-under after he shot his second consecutive four-under 68 in Michelbach-Le-Haut to move into a tie for 23rd at the halfway stage.

The Dubliner had started his round like a house on fire with five birdies in his opening six holes, but a bogey at the seventh halted his momentum and then he ran into some inconsistency on the back nine, birdieing two but bogeying two. However, there was disappointment for Stuart Grehan, who could only manage at one-over 73 at Golf Saint Apollinaire and missed the four-under cut mark by three shots at one-under for the two days.