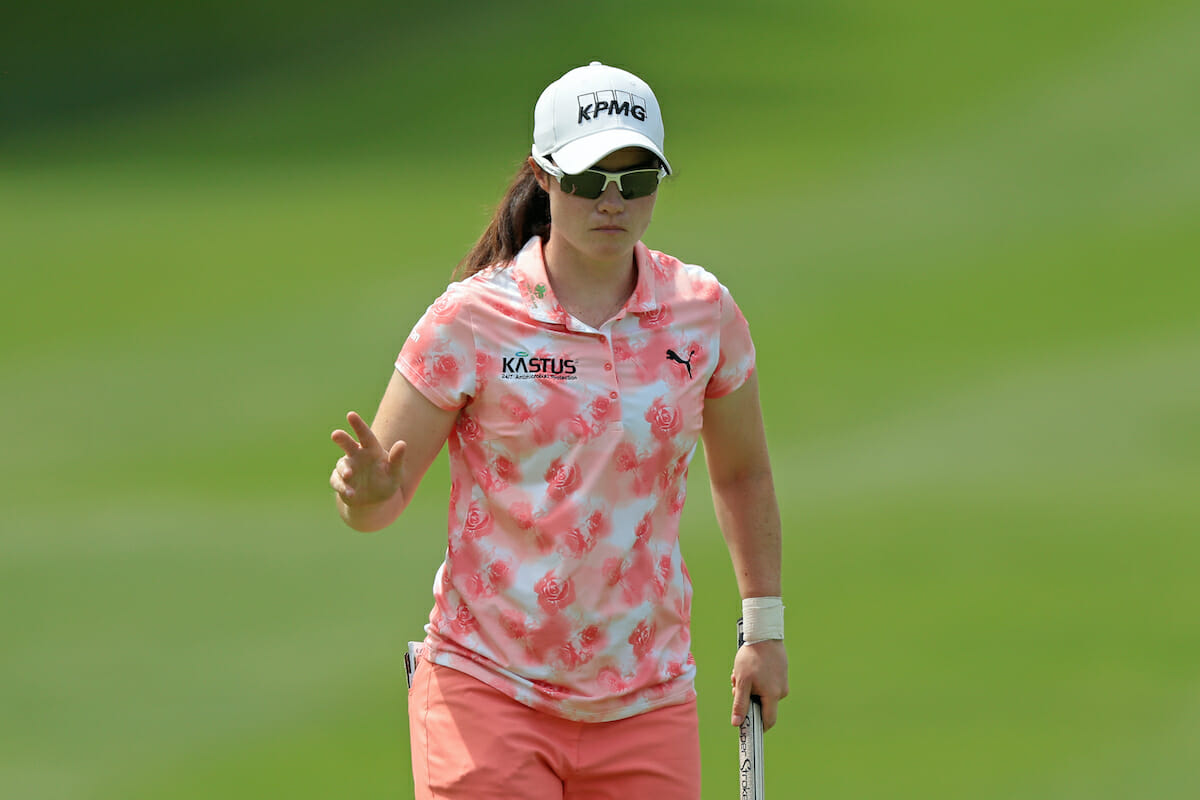 Leona Maguire will be looking for a low Sunday finish and a solid top 10 as she starts the final round of the KPMG Women’s PGA Championship this afternoon.

The Slieve Russell Professional carded a moving day 71 to take her to a -3 total in a tie for 17th at Atlanta Athletic Club. There was only one mistake on Maguire’s card but it was a big one as she carded a double bogey 6 on her 13th hole which was bookmarked by birdies on her 5th, 12th and 17th for her 71.

“I got off to a nice start, was solid on the front nine and was one-under heading out. I thought the course was set up a bit tougher today. It was always going to be tougher after everyone went so low yesterday.

“So I stayed really patient, made some really nice pars on the front and had a little hiccup on 13, but I felt like I bounced back really nicely and had a really good birdie on 17 to get under par and finish there for the day.

“I feel like ‘I’ve putted really well and my pace putting has been good and I’ve holed some really good putts for par, which is important out there. There’s not… maybe for the leaders… but there’s not a whole lot of birdie opportunities out there. So I felt like I save a lot of good pars. So let’s see if I can hit my irons a little better tomorrow and give myself a few more chances.

“I am going to try and finish as high as I can tomorrow. At the start of the week, I didn’t think it was a golf course that suited me all that well. So I am quite proud of how I hung in. I hit fairways and tried to hit greens and take my chances where I got them.”

She has battled hard all week and If Leona can post an under par round on Sunday another Major top-10 awaits.

At the top, the stage is set for what promises to be a scintillating final round at Atlanta Athletic Club with the duo of Korda and Salas tied at the top at 15-under-par racing five strokes clear of the pack.

After a record-tying 63 put her at 11-under-par 133 through 36 holes, Korda took a one-stroke lead over Salas into the third round. And Nelly, who finished Friday with six consecutive birdies, began Saturday with two more birdies for eight in a row.

But Salas matched her birdie for birdie – and then some, scorching the front nine in 30 strokes to 33 by Korda to take a two-stroke lead to the inward nine, which turned into more of a chess match than the birdie barrage on the front side.

Things tightened to a single stroke on No. 10 when Salas made her only bogey 45 holes into the tournament and Korda moved into a tie with a birdie on No. 13. They then matched pars the rest of the way and finished 54 holes tied for the lead in the third major championship of the LPGA Tour season.

“Lizette was rolling in some nice ones today, and I told myself, I’ve got to hit it close to even keep up with her,” Korda said. “There’s still 18 more holes, and there’s a lot of water in play here, and there’s a lot of really difficult tee shots I would say on this golf course that if you just miss it by a little, you’re in the water.”

Both Korda, who picked up her fifth LPGA Tour last week at the Meijer Classic, and Salas, whose Tour triumph was at Kingsmill in 2014, are seeking their first major championship.

“I’m really proud of myself for how I started and how I maintained that confidence throughout the round even though putts weren’t dropping,” Salas said. “I was embracing it. I was greeting some fans and just enjoying the moment. It’s been a while since I’ve done that. I got off to a really hot start, and I didn’t realize I shot 30 until I signed my scorecard. I think it’s good momentum going into tomorrow.”

If the leaders do stumble there are plenty in the rear view mirror that can strike, Patty Tavatanakit, Giulia Molinaro and Celine Boutier are closest at five strokes back.