Srixon introduce ZX4, their most forgiving iron set to date

Lowry: “Tiger Woods is one of the reasons I started playing golf”

Srixon Irons have certainly gained plenty of traction this season with dozens of uncontracted Tour players now turning to the Japanese manufacturer. The ZX series have even notched up a PGA Tour win recently as Brooks Koepka claimed the WM Phoenix Open gaming the brands ZX7 irons.

Both the ZX5 and the ZX7 sets were perfect for better players and Tour start but for weekend warriors like ourselves the ZX iron offering was missing something so Srixon have now introduced the ZX4 to add some forgiveness to the iron family. 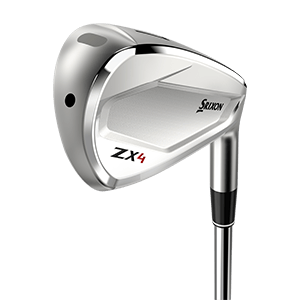 The new ZX4 irons are a fully hollow set created to bring forgiveness to the Srixon iron lineup while maintaining the brand’s signature look and forged feel. The iron’s sharp address view and mid-sized profile give them a palatable shape, while their technologies produce exceptional performance.

Hollow from short to long iron, ZX4 irons give you the freedom to strike the ball across the face while still enjoying high shots that launch straight and find their targets. Premium, high-density tungsten in the base of ZX4’s long and mid irons lowers their centers of gravity significantly, producing a high-launch profile. A forged HT1770 Steel face is strong and light, increasing face-flex at impact for enhanced speed and distance. And a 431 Steel body absorbs vibrations for softer feel. 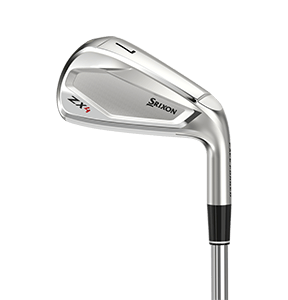 increases ball speed on every shot. Milled into the backside of each ZX4 face, MainFrame is a variable thickness pattern made up of grooves, channels, and cavities. This pattern maximizes COR for more ball speed and enhanced distance. The engineering team used artificial intelligence and machine learning to develop the unique face pattern, with computers running thousands of simulations before settling on the fastest design.

The unique Tour V.T. Sole gives ZX4 smoother turf interaction and improved impact feel. The V-shaped sole glides smoothly through turf, even if you strike slightly behind the ball. 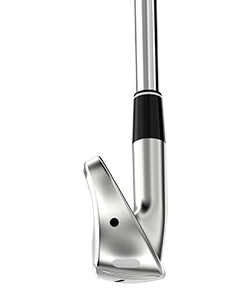 “The new Srixon ZX4 irons mark a new revolution in forgiveness for Srixon,” says Joe Miller, Product Manager at Srixon Sports Europe. “The irons include a fully hollow construction with wide soles for getting the center of gravity extremely low and providing maximum forgiveness from the turf. The ZX4 irons accomplish this in addition to MainFrame technology, Tour V.T. Soles, tungsten weighting, and the look and feel expected with Srixon ZX irons.”