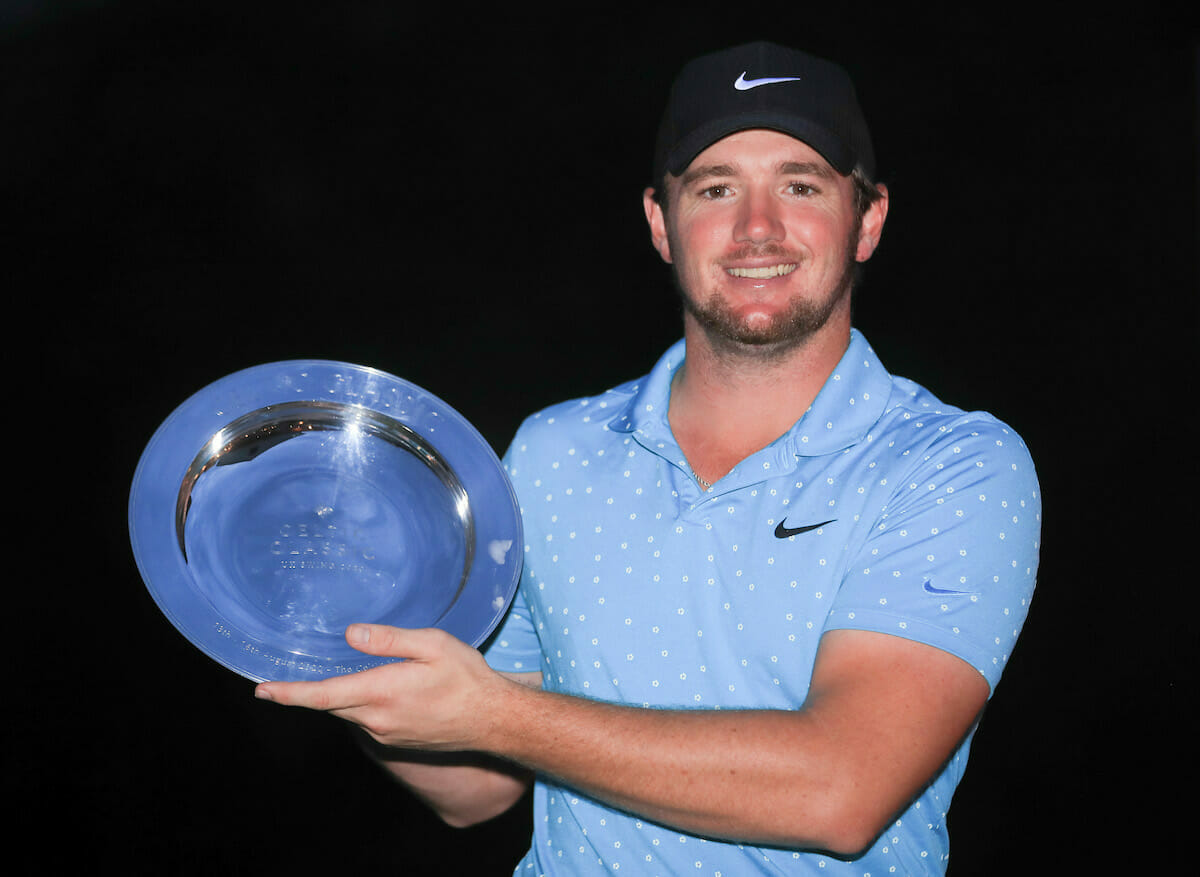 At the head of affairs, Sam Horsfield made European Tour history as he became the first golfer on the European Tour to win an event, which he achieved at the Hero Open a fortnight ago, miss a cut, and then win again in the space of three weeks.

The 23-year-old started the day one stroke behind Connor Syme but shared the lead after the first hole as the young Scotsman dropped a shot. The Englishman made consecutive birdies on the third and fourth holes and then birdied the seventh before a two-hour delay caused by the threat of lightning at Celtic Manor Resort.

After the restart he parred the next six holes before his fourth birdie of the day on 14th, and he parred his way home to sign for a bogey-free 67 and an 18 under par total.

Similarly to the Hero Open at Forest of Arden, Belgium’s Thomas Detry finished runner-up to Horsfield after also posting a four under par, bogey-free round.

Sharing third place were 2016 Ryder Cup player Thomas Pieters, making his first start since the resumption of the 2020 Race to Dubai, Andrew Johnston of England and Syme.

Horsfield moves to the top of the UK Swing Order of Merit and has secured a place at the U.S. Open. He will be joined by the other top ten players on the UK Swing Rankings at Winged Foot at the conclusion of next week’s ISPS Handa Wales Open.

“It was pretty crazy. My goal this weekend was to have no bogeys and I was able to do that. I made a huge putt on 17 to keep that alive and I just played solid all week, really. To have a nice cushion coming into the last was nice” Horsfield said after his round.

“I never really felt nervous or felt uncomfortable, maybe because I was in this situation a few weeks ago. On 15, we decided to lay-up and I could have gone for that green. It’s the perfect three-wood number but there is so much trouble around that green. The birdie on 14 was huge because it gave me that option [to lay-up]. If you’re one ahead, I think you go for that but making that putt on 14 and then giving myself a pretty easy decision on the tee. Then I just sort of brought it home.”

Horsfield is also guaranteed a share of £250,000 as part of the European Tour’s Good for Golf initiative. The top ten on the rankings after the ISPS Handa UK Championship at The Belfry will share the money to donate to charities of their choice.