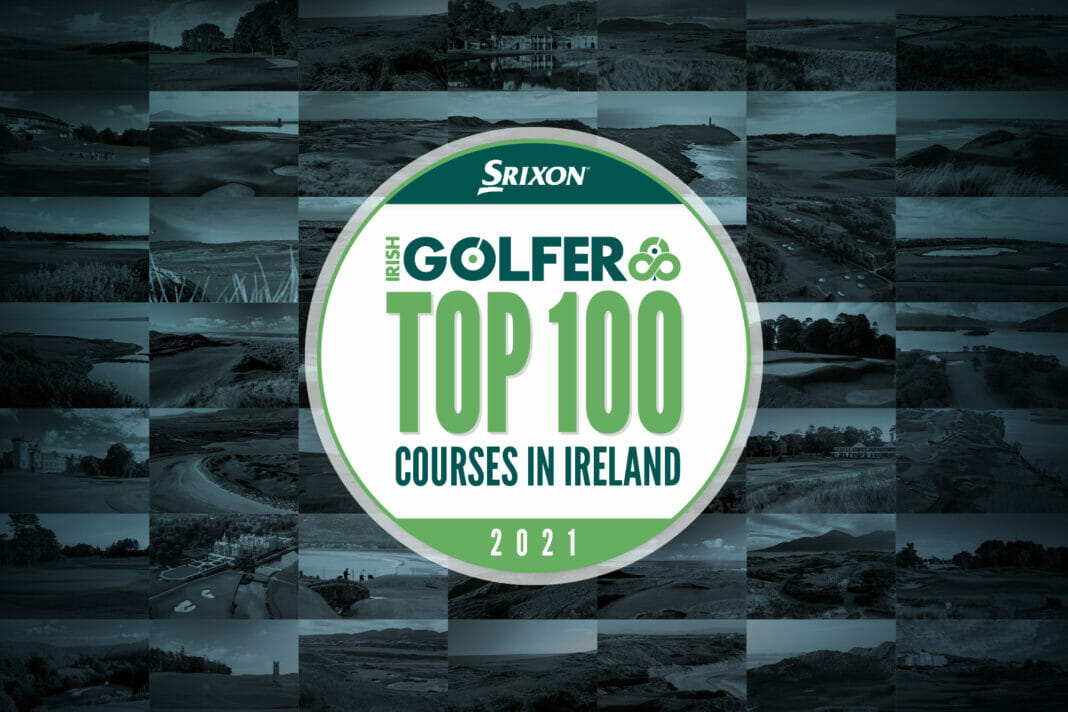 Some chose not to answer the question. ‘Not applicable’ they said, or ‘I haven’t played one yet’. Or they just used an emoji with a zipped mouth. Fair enough. Not everyone on social media wants to express negative views when it comes to discussing golf courses.

My request on Twitter was this: tell me what you rate as:

It was question number three that some people were reluctant to answer. That in itself should demonstrate the complications and difficulties of producing a Top 100 ranking. Put it this way, if I ask you to list your top 10 courses, in order, I guarantee they won’t be the same as mine. Now ask eight members of the Irish golf industry to do the same. In the end it comes down to compromise and balance?

As an example, imagine 100 people voted for their top 10 courses and 50 of those people rated Ballybunion as number one. The other 50 voted it at number 10. ‘Compromise’ – or in this case the average score – dictates that Ballybunion is ranked fifth. Guess what… nobody’s happy with that position. As a panel, this is what we have to do every year when we rank Ireland’s Top 100 courses.

Where I’m coming from is the fatigue of reading and responding to comments along the lines of: ‘How can X course possibly come above Y course? These guys don’t have a clue.’

If you’ve played the courses then you are entitled to your opinion. You’re also entitled to express that opinion… but you need to appreciate the process of how a ranking works before dismissing the validity of any final list, be it golf courses, hotels or cars.

The purpose of my social media exercise focused on that third question (Most Over-Rated Course) and, specifically, how it related to the first question (Best Course). There were thousands of engagements. I consider Royal County Down, Portmarnock and Old Head to be the most divisive golf courses in Ireland, but as it turned out, there were other courses in the mix.

First though, it is important to emphasise that saying a course is over-rated is not the same as calling it a bad course. Several respondents emphasised this:

“It’s overrated as opposed to bad. They are different things. Somewhere can be a very good course, but be typically overrated due to nostalgia or historical thinking.”

“I felt a little bad in listing a most over-rated. The course I listed is terrific, but the rating is very high and there are others rated below it that I and my friends just enjoyed playing more.”

“Things are gone a bit daft, when you have to explain a slightly different opinion. People love courses, people hate courses. People have strong opinions on golf . Even friends who you think would love a course – don’t. No explanation needed (imo). The variety of life and golf.”

Royal County Down has always been divisive and the reasons tend to be the blind shots, its level of difficulty and a back nine that is not as exceptional as the front. In the social media survey, 43 people rated it as the Best course, 6 listed it as their Favourite, and 10 people marked it as the Most Over-Rated. (Royal Portrush proved most popular with 69 Best votes and just one Most Over-Rated.)

Portmarnock didn’t receive quite as many votes but there was a significant divide. It received 16 Best votes… and 16 Most Over-Rated votes. An interesting balance for a course revered for its turf, its greens, its layout and strategic qualities… but regarded as being too flat to qualify as the Best course on the island.

And then there’s Old Head, which had many more Irish visitors than ever before in 2020. There is an interesting re-balancing of votes here with only 5 people saying it’s the Best… while 19 people marked it as their Favourite. It also received 11 votes in the Most Over-Rated category.

Of all the votes cast, Ballybunion is the perfect example of differing opinions, of difference balance. There were 14 golfers who voted it the Best course, 12 who listed it as their Favourite and 14 more chose it as the Most Over-Rated. Is that not a perfect balance… and one that shows just how difficult it is to rank a course?

Of the other courses I was surprised to see Waterville receive 6 Most Over-Rated votes… especially when 33 golfers had it as their Best and 19 as their Favourite. One golfer even marked it as Most Under-Rated.

Another course to receive votes across all four categories was Co. Louth. There were 2 Bests, 13 Favourites, 1 Most Over-Rated and 3 Most Under-Rated.

Apart from Old Head, all of the above are links courses. Look at our Top 20 and you’ll find just two parklands battling against 18 links. For someone who favours parkland over links, that can be divisive in itself. Even so, there are still courses that divide opinions. The Palmer North course at The K Club stood out. It may have hosted the Ryder Cup but perhaps that raises the expectations to stratospheric heights. There were 6 people who had it listed as Best and Favourite, while many more marked it as Most Over-Rated. Our other parklands didn’t garner enough votes to be significant but the second most voted for parkland was Mount Juliet, with 5 Bests, 6 Favourites and 4 Most Over-Rateds.

Does this show that when you’re at the top of the pile (links or parkland) you become a target, where expectations go too far? Yes, probably. Go back to the final quote above and you’ll see one key reason why.

Another essential factor to consider in this mix is a course’s difficulty. As much as I love The European Club, I would also say that it is one of Ireland’s toughest challenges… which can leave golfers feeling beaten up. I played one of my best ever rounds of golf on the Pat Ruddy creation… but I have also played my worst (13 lost balls). Is the course’s difficulty reflected in our ranking criteria? Yes, absolutely, because ‘Playability’ is an important consideration. And it is also reflected in the 22 golfers who labelled it the Most Over-Rated course. Balance that against 8 golfers who listed it as Best, and a further 9 who tagged it as their Favourite.

I hope the above examples give you a window into the challenges of rating and ranking courses when eight people have to agree on a list of 100. We’re never going to please everybody – we know that – but we’ve used our knowledge to the best of our abilities to create a list we hope will inspire you to play old favourites while also finding new ones.

I’ll finish up on a positive note and mention some other courses from the list. Carne came out of it well with 5 Bests, 23 Favourites and 3 Most Under-Rateds. Enniscrone had very similar numbers but had 12 Most Under-Rated votes. Other courses mentioned at least four times in the Most Under-Rated category were: Dooks (15 times), Portumna (13), Strandhill (8), Carlow (7), Portsalon (6), Concra Wood (5), Slieve Russell (5), and then Dingle, Portstewart, Portrush (Valley), and Ballybunion (Cashen).

Power out of Zurich Classic after failing Covid test