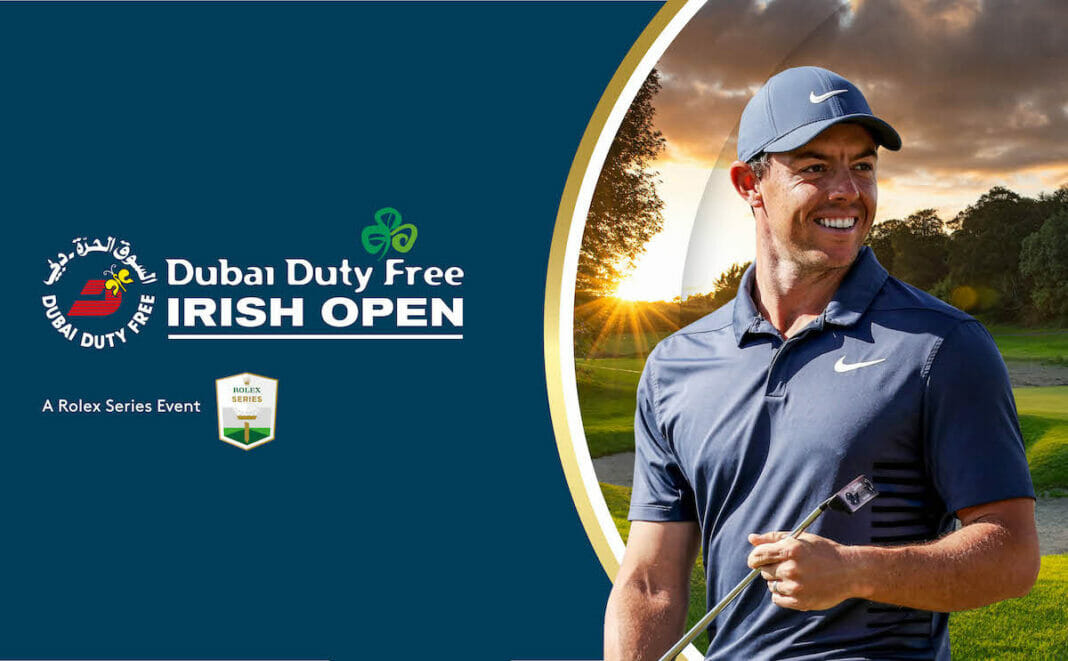 Rory McIlroy will make a much-anticipated return to the Dubai Duty Free Irish Open when the World Number One tees it up at the second Rolex Series event of the 2020 Race to Dubai, taking place at Mount Juliet Estate from May 28-31.

McIlroy will be targeting a second victory in an event which he himself hosted from 2015 to 2018 – helping elevate the historic national open to become one of the European Tour’s eight premier Rolex Series events.

The 30-year-old famously lifted the trophy in 2016, delighting the home crowds with a swashbuckling display down the stretch to hold off Scot Russell Knox – who went on to claim the title in 2017 – and Welshman Bradley Dredge.

“I’m looking forward to it a lot,” said McIlroy. “It’s a bit different going back for a May date as opposed to July, and at a parkland course at Mount Juliet. I’ve never played the course but got good memories – it was the first time I ever watched Tiger Woods play in person.

“My dad drove me down and we watched the WGC there and that was really cool, so it’ll be exciting to tee it up there myself and try to win a tournament there.”

Colm McLoughlin, Executive Vice Chairman and CEO of Dubai Duty Free, said: “We are delighted that Rory has confirmed his attendance at the Dubai Duty Free Irish Open at Mount Juliet. Our involvement as title sponsor of the tournament began when Rory took on the hosting duties in 2015 and he did a great job in raising the profile of the event.

“We are looking forward to a great week in Kilkenny and working with Mount Juliet, the European Tour, this year’s host Graeme McDowell, Sport Ireland and all of the other entities to make this event a great success.”

Mount Juliet Estate already boasts a prestigious list of winners after a three-year stint of hosting the event – with Nick Faldo, Bernhard Langer and Sam Torrance winning there in 1993, 1994 and 1995 respectively – and McIlroy will be hoping to join this list in May.

Official Hospitality tickets are also available on the ticketing page, or alternatively contact the European Tour’s dedicated Hospitality Sales Team, who will be happy to answer any queries and discuss the various hospitality options, on hospitality@europeantour.com