Dunne moves up the grid at 66MPH at Monza 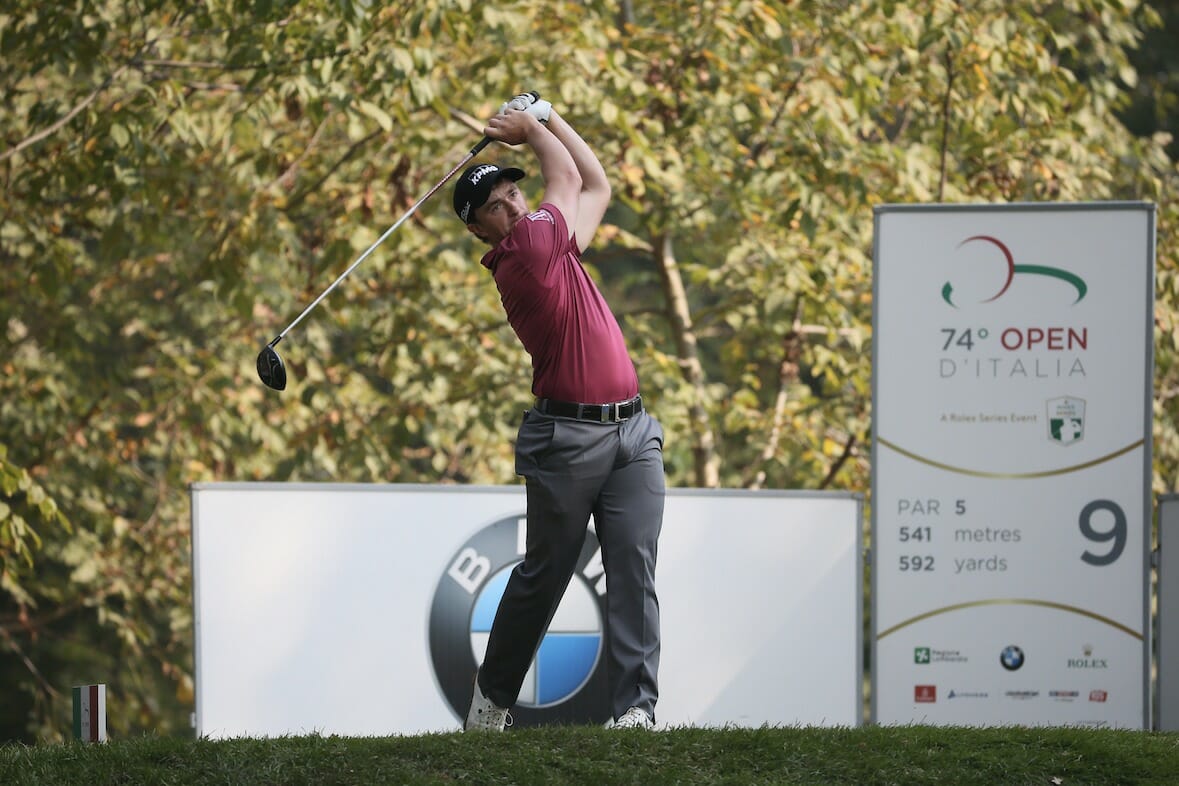 Moving day at Monza and Paul Dunne was in racing mood after a sizzling 66 fired him 14 places up the grid at the Italian Open.

The Greystones golfer has been in scintillating form of late and shows no signs of stopping as he heads into the final day at Golf Club Milano in a share of 13th place on 11 under par.
Dunne has been a human ATM recently and where better to take full advantage than the lucrative Rolex Series event in beautiful Italy. Yet it was an inauspicious start for Dunne. At the reachable par-5 1st, he took a surprising six, though that would prove his only bogey of the round.
A birdie three on the 4th and it was normal service resumed as one more birdie at the 9th brought Dunne to the turn in 35 strokes.
He was quiet around the bend until he reached the 13th, but then Paul caught fire. A birdie three was followed by a marvellous eagle as the Irishman began to perform some miraculous overtaking manoeuvers on the outskirts of the famous F1 track.
A cherry on top birdie at the par-4 17th followed by a safe par at the last brought an end to another stellar round of golf – remarkably his 14th sub-par round in a row.

In terms of other Irish involvement, only Graeme McDowell managed to survive to the weekend. A one over par 72 today just about sums up Graeme’s year to date as the former US Open champion’s struggles to find his old spark continue to wear thin. At three under par, McDowell finds himself languishing in a tie for 58th.

In pole position sits Matt Wallace who will take a two shot lead into the final round of the fifth Rolex Series event of the year, as the Englishman targets his second European Tour victory this season at Golf Club Milano.
The 27 year old – already a winner after his victory at the Open de Portugal at Morgado Golf Resort – opened with a birdie at the first for the third day in succession before going on to sign for a round of 67. He produced a tremendous par save at the 18th to move to 17 under par and extend his advantage to two shots over fellow countryman Tyrrell Hatton.

“I think I said it yesterday, just my mental side. Being in position for the first time in this sort of tournament, I’m comfortable and really happy in my game”, remarked the understandably jubilant Wallace.
“I know where my ball is going, apart from the last shot on 18 there. I think it was good to hit provisional and get that out of my system and hit another one down the middle. Mentally, really happy, and that par on the last will help.
“I’ll be in that position tomorrow. I’d say we’re probably only halfway there, halfway done, because Sunday is a different day. I’m going to go out, fight as hard as I can and hopefully be standing here with the trophy tomorrow.”

Hatton, celebrating his 26th birthday, carded six birdies and a single bogey in a blistering front nine before finishing the day at 15 under par alongside defending champion Francesco Molinari.
Driven by a huge home crowd, Molinari kept his bid for a hat-trick of Italian Open titles very much alive with a five under 66, and will be hoping for some luck come tomorrow if he is to catch the runaway Wallace. 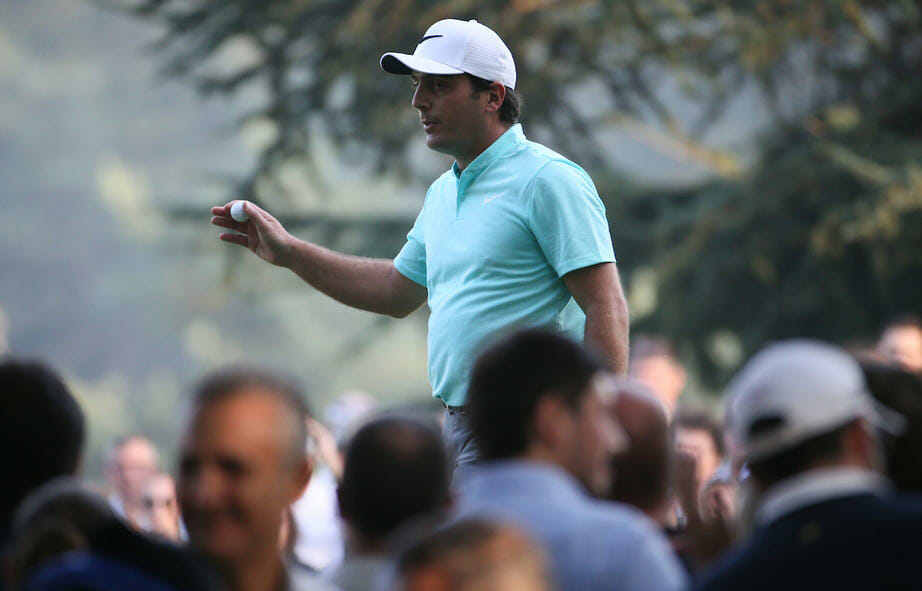 “I played very well. I think the game has been improving throughout the week, which is important. I didn’t make too many putts, missed by inches, but I’m happy. I know it’s going to be tough tomorrow but I’m in good position,” said Molinari.
“I’m sure there’s many other guys playing well and feeling happy about their game, so I think it’s going to be kind of a shootout. Matt Wallace is a talented player and he’s won loads of times last year on the Alps Tour, so he knows how to win tournaments. It won’t be easy for anyone, but I’m happy to be in the mix.

“I’m glad I’ve put myself in this position. Hopefully tomorrow things will go my way like they did last year. But you know, I can only control so much, and I’ll try to do that.”
South African George Coetzee found himself in a share of fourth place with Thailand’s Kiradech Aphibarnrat on 14 under after firing two eagles in his third-round 65.
Meanwhile, Race to Dubai leader Tommy Fleetwood produced his lowest round of the week with an eight under par 63 and is joined by Frenchman Mike Lorenzo-Vera, German Max Kieffer and Korean Byeong Hun An on 13 under.