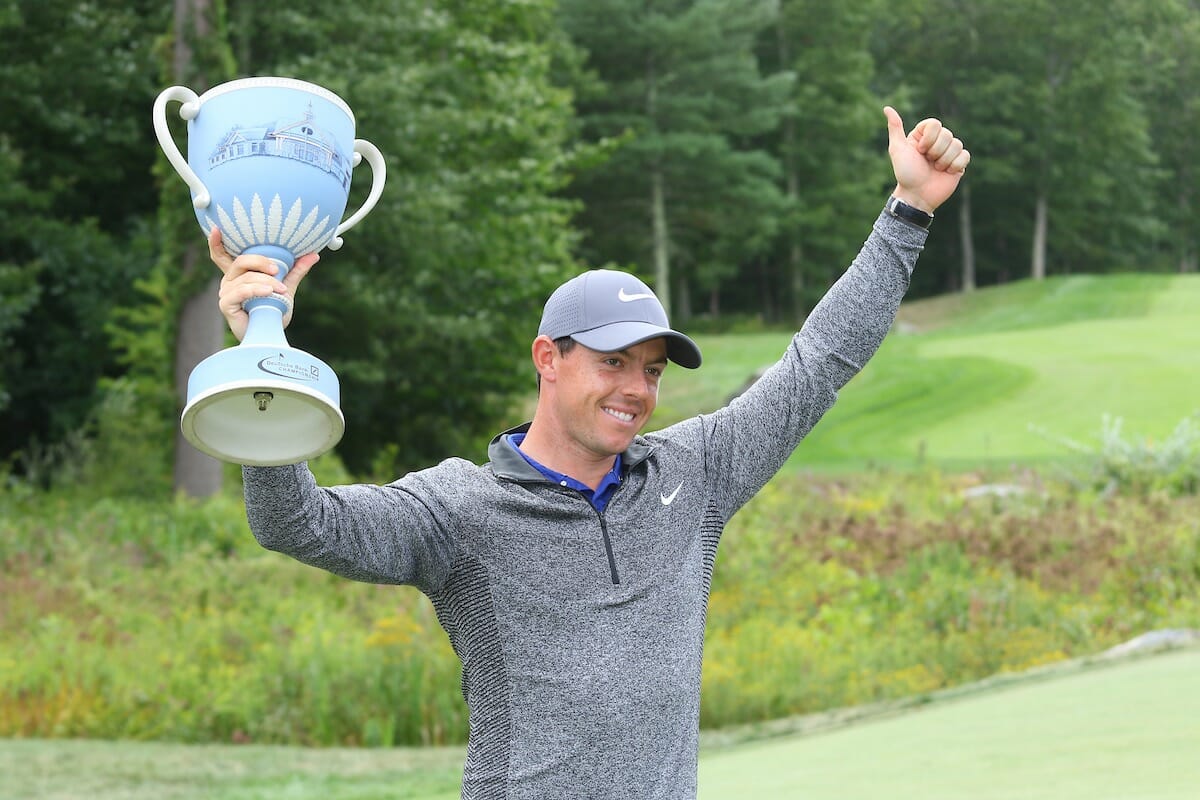 Rory McIlroy got one thing correct at the close of the Northern Trust and the first event of the FedEx Cup Play-Off Series and it wasn’t finishing just inside the top-40 following a no-frills final round 72 for a two-over tally on the Glen Oaks course at Old Westbury.

What McIlroy got correct was the outcome of the McGregor/Mayweather showdown in Las Vegas that did not end till around 1am New York time.

McIlroy had predicted McGregor would ‘get frustrated and tired and then Floyd would pick him off” and that’s exactly what happened. Though McIlroy also predicted Mayweather would win by TKO in the seventh or eight rounds.

“I was two rounds out, though it still ended how I thought it would but then Conor can be very proud in taking Mayweather to 10 rounds,” said McIlroy.

“Mayweather is a class act and to now retire with 50 wins and no loss is a great achievement in any sport.”

McIlroy along with his wife, Erica and caddy, Harry Diamond were heading straight from New York back to Florida before McIlroy will again travel north up the U.S. east coast on Wednesday morning bound for Boston.

McIlroy, who could drop to World No. 5 after his mid-field Long Island finish, is due to defend his Deutsche Bank Championship starting Thursday on the outskirts of Boston and he has very fond memories of the second of his three victories last year, given he was already looking like missing the cut after just four holes on day one.

“My best memory of winning last year in Boston was being four-over after just three holes on Thursday and coming back to win. It was very special,” he said.

“I had battled well the first day to then get back to level par and that was all because I found something in my putting. It was tiny little grip thing in my right thumb and instead of resting it on the side of the putter, I moved it to on the top of the putter and that is the only thing I thought about all week, and I just got going from there.”

“I shot 66 and then a last day 65 over the weekend so that was one of the nicest wins of my career, and given where I was after three holes on the first day.”

McIlroy’s final day efforts on Long Island were spoiled from the outset when he bogeyed two of his opening three holes and he managed just two birdies in the round. And after recording just 26 putts on day two and three he recorded 32 on day four and looking at his overall stats, McIlroy hit just half of the 56 fairways.

As for greens-in-regulation, McIlroy hit 46 of 72 greens which had him ranked 68th among the 70 players to make the cut, and therein lies his concern.

“My game isn’t where it needs to be but it’s okay”, he said. “Conditions were tricky out there. This afternoon the course played quite firm and fairways were bouncing out a lot and sort of, yeah, it was hard to hit fairways, hard to hit greens.”

“So, yeah, my battling qualities, that’s all I really have right now. I’m sort of a little inconsistent with my swing and sort of with everything else. So, it’s just a matter of trying to go out to Boston and put the best possible rounds together and see where that leaves me.”