Kerr matches course record as Meadow back in Hawaii pack 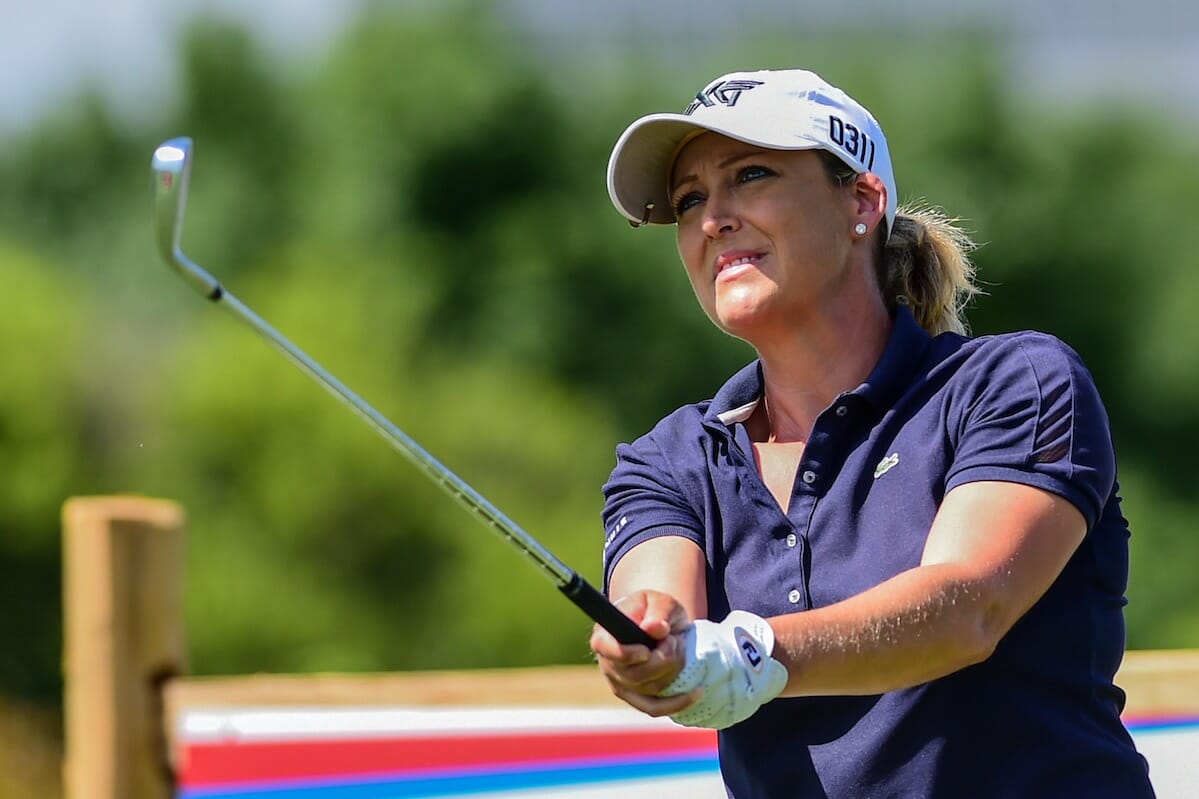 Stephanie Meadow recovered brilliantly to make the cut on the mark in the weather disrupted LOTTE Championship presented by Hershey at the Ko Olina Golf Club in Hawaii.

Above – Cristie Kerr in action.

Meadow then pushed forward carding a third round 71 to lie in a tie for 52nd ahead of the final round in Hawaii.
After a 10-under-par 62 Friday Cristie Kerr is in position for her first win on the LPGA Tour since 2015. She said her experience – as an 18-time winner on the LPGA Tour – will play a key role in her approach to Saturday’s final round.
“I think it plays a lot,” she said. “ I am going to try not to put too much pressure on myself. I’m just going to play my game, because inevitability I’m going to try to shoot as low as I can. If I play better than everybody else, then I’ll have the lead at the end of the tournament.”

Kerr made three birdies on her front nine before shooting a 7-under-par 29 on the back nine, which included four-straight birdies to close our her third round.
“I was just kind of being myself,” she admitted. “I just kind of stayed out of my own way today, which is what I have to do to have a chance tomorrow. I just hit it fine. I stayed out of my own way. I had a lot of fun with my caddie. It was a lot of fun today.”
Kerr’s 10-under-par round was a tournament and course record. She sits three shots back heading into Saturday’s final round at the LOTTE Championship presented by Hershey.

“I’ve shot 62 before, luckily. I was just trying to have the mindset of ‘it’s not where I am, it’s where I need to go.’ I stayed in the moment, and not dwell on the score too much,” she said. “if you do a lot of little things right, the score will take care of itself.”
South Korea’s Su-Yeon Jang is hoping that a victory on the Korean LPGA Tour – and corresponding sponsor invite into the LOTTE Championship – will convert into her first LPGA Tour victory, after finishing fifth here a year ago.
Jang, who played in the final group as well in 2016, said she was nervous playing in the last pairing last year, but she has since gained a good amount of experience.

“Hopefully tomorrow I won’t get too nervous. I think that experience will help me play the rest of the round tomorrow,” she said.
Jang, who doesn’t have a bogey this week, completed her second round Friday morning after a weather delay Thursday. By the end of the day Friday she had opened up a three-shot cushion on two golfers – Alena Sharp and Cristie Kerr.
She said she has learned a lot since her appearance in the final group here a year ago.

“Last year sometimes if I didn’t feel well maybe I wouldn’t go hit the weight room. I really worked on not going through this up and down in my routine and try to keep things consistent,” she said. “Even on the golf course I really worked on my short game this past year, and I think I’ve improved quite a bit there. Emotionally and physically I feel like I’m a better player today.”
Jang will be paired with Cristie Kerr for Saturday’s final round in the final group. It’s her second-straight year of appearing in the last group at this event.