Rory stands still on moving day at The Masters 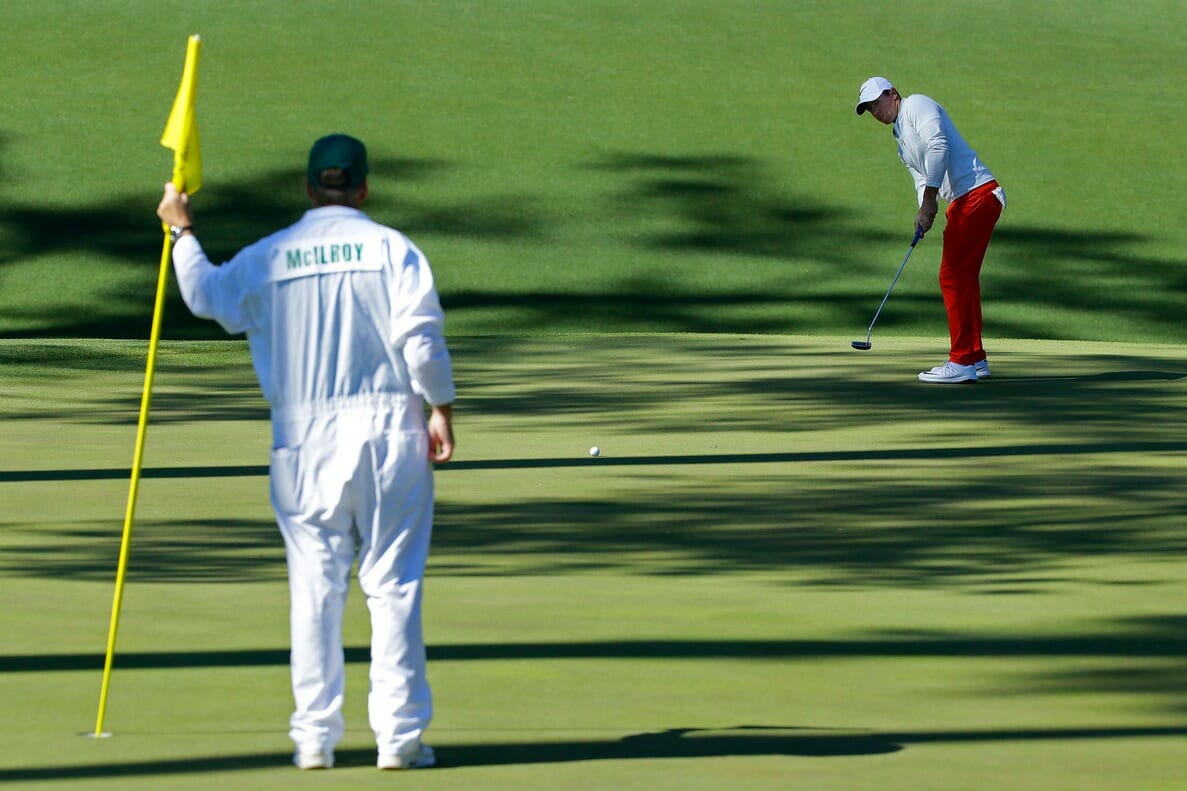 It was a moving day that started full of promise for Rory McIlroy as he came out of the blocks firing on all cylinders at Augusta National.

A par on the opening hole was his first of the week was followed by a birdie as he reached the par-five second in two and two putted.
McIlroy then hit a drive 348 yards just short of the green on the short par-four third and chipped to two feet for another birdie, and the charge was on as he got to red figures early.
Then his momentum came to an abrupt halt with a three-putt bogey on the fifth and a disastrous double bogey on the seventh.

“I hit the wrong club on 5.  I Had an 8 iron in my hands and then switched to a 9.  The one place you don’t want to miss it on that green is short, which I did, and three putted.  So that sort of stopped any momentum I had.  I was a little frustrated.”
“And then I got a bit of a tough break on 7.  I hit a decent tee shot but it ended up behind the trees on the right.  It’s tough from there.  I tried to get cute with a bunker shot and three putted from there.”
“Again, as I said, there’s times on this course where you take your medicine and try to just walk away with a par. I sort of got the balance right today, but I didn’t take my opportunities when I could have.”

The opportunities certainly came as a birdie on the eighth repaired some of the damage and after a good chance went begging on the 11th, McIlroy holed from 20 feet to pull back another shot on the 12th.

“I had some chances on the back nine that I could have converted.  I had a great chance on 11 and 14.  And where I hit my drives on 13 and 15, I should be making birdie off the tee shots.  I was just in between clubs on both of those holes.  And I hit the wrong one on both, I guess, and left myself an awkward position. But that’s the way it is.  The course is getting a little trickier with the greens getting a little firmer.  The conditions were quite tough today.  So I think I probably could have shot a 67 or 68, but just a few too many wasted opportunities.”

With Justin Rose and Sergio Garcia top of the leaderboard on six under par going into the final round and sixteen player’s only six scots off the pace McIlroy will need some fireworks and a career best round if he is to get his hands on the green jacket.

“65 is my best score around here and I’m going to need something like that to have a chance tomorrow.  But I’ll have to go out and do my best tomorrow.

History has shown anything can happen on Masters Sunday and even six shots back McIlroy is far from out of this and still confident he can get in the mix.  “I think I can still win from here, but I need to play well tomorrow.” Admitted McIlroy.