Injury worry for DJ on the eve of The Masters 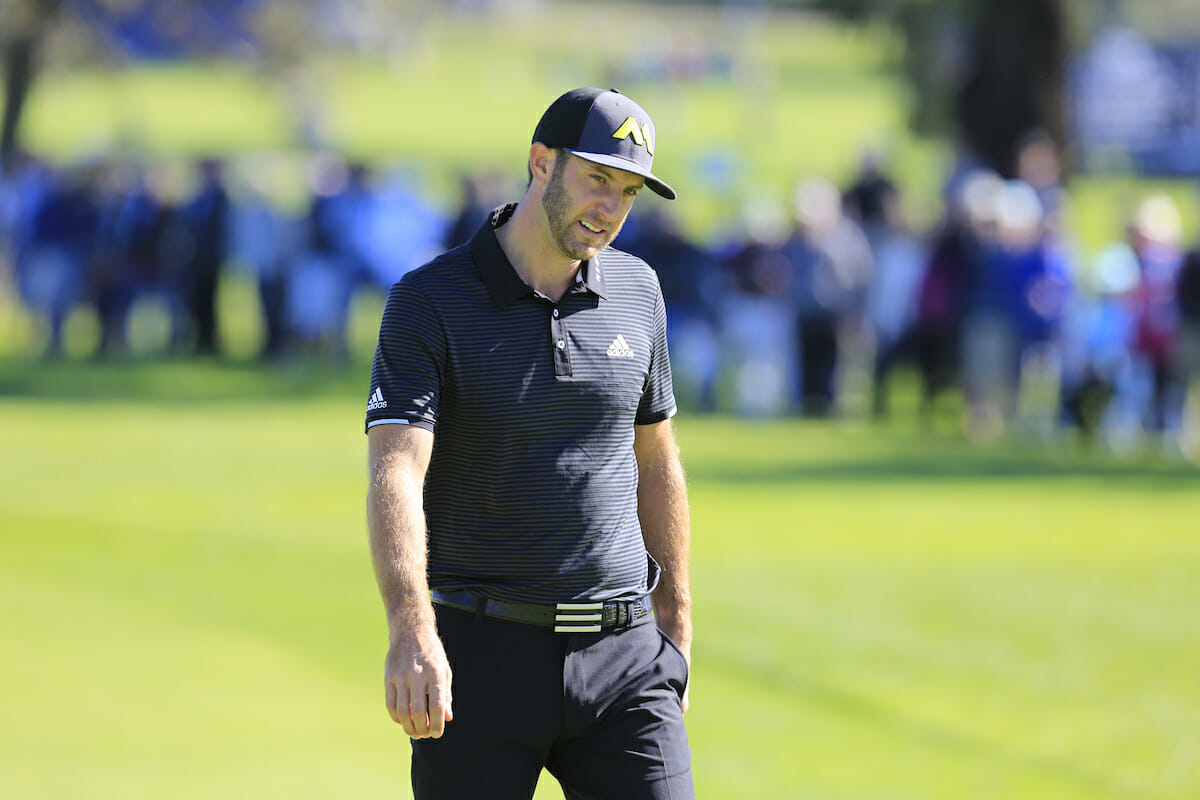 An injury cloud hangs over World No. 1 Dustin Johnson and Masters hot-favourite after the American injured his back falling down a staircase of the house he is renting in Augusta.

In a statement  released by Johnson’s agent, David Winkle, it said  “At roughly 3:00 pm today, Dustin took a serious fall on a staircase in his Augusta rental home.
“He landed very hard on his lower back and is now resting, although quite uncomfortably. He has been advised to remain immobile and begin a regimen of anti-inflammatory medication and icing, with the hope of being able to play tomorrow.”
The reigning U.S. Open champion has captured his last three events and is looking to win a fourth in succession that would see him fitted with an Augusta National members green jacket.

And bizarrely, Johnson attended a formal Masters media conference on Tuesday when he was asked his chances of winning the Masters.
“I’ve got a lot of confidence in my game right now, especially with the way I’ve been playing the last few tournaments,” he said.
“But, you know, anything can happen.”
And it also not the first occasion Johnson has been injured due to a freak accident. In 2012, he withdrew from the Masters after his agent said he hurt his back lifting a jet-ski.