Snedeker & Rodgers lead with Lowry 9 back at the Farmers

After the third round of the 2017 Farmers Insurance Open, Patrick Rodgers and Brandt Snedeker have broken from the crowded leaderboard to share the lead at 9-under overall.

Rodgers had a clean scorecard to match a picture-perfect Saturday at Torrey Pines and shot a 5-under 67 to share the lead with defending champion Brandt Snedeker in the Farmers Insurance Open.
Snedeker, trying to become only the fourth player to win back-to-back at Torrey Pines since the tournament began in 1952, didn’t get much out of his round of 70. His three birdies were all inside 6 feet, and the longest putt he made was for par.

Even so, being tied for the lead is a better spot than his last two victories. He rallied from seven shots behind in 2012 and won in a playoff against Kyle Stanley, who made triple bogey on the final hole. Last year, he made the cut on the number and was six shots behind going into the final round.
“It was tested a lot,” Snedeker said.
“If you’re going to love poa, you have to love days like this, too, where you hit a lot of great putts and they just don’t want to go in for whatever reason.”
“I didn’t let it affect my game plan, didn’t let it affect the way I thought out there or did anything like that. This golf course does a great job of trying to make you do that, so I am proud of the way I hung in there.”

Snedeker and Rodgers are at 9-under but there are 15 players were within three shots of the lead while three-time winner of the tournament Phil Mickelson shot a 68 to get within four shots.
Justin Rose, who started the third round with a one-shot lead, fell behind on the second hole and never caught up. He shot 73 and is in the large group two shots adrift at 7-under.
Shane Lowry was the only Irish man to make the cut and the Offaly man had to settle for a level par 72 in the third round. Lowry enters the final round in a share of 58th, nine strokes off the lead. 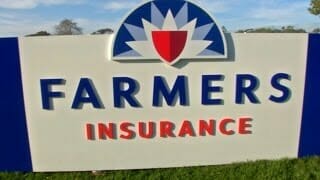