Meadow makes her mark on moving day in the Bahamas

Moving day lived up to its name for Stephanie Meadow on Saturday at the Pure Silk-Bahamas LPGA Classic as she fired in seven birdies and only one bogey to climb up the leaderboard carding her second successive 67.

Meadow is sitting in a tie for 13th place on -13 which is ten shots off the leaders but only three shots off the top 5 and well within her grasp in her first event of 2017. 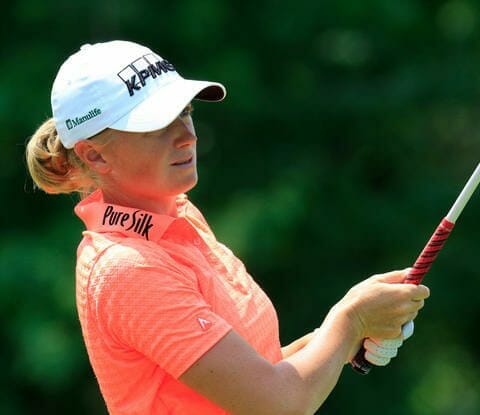 Thompson has gone on to win five of the nine times she’s held a share of the 54-hole lead. Lewis has 13 times held a share of the lead heading into Sunday. On eight of those occasions, Lewis went on to win. She’ll look to do the same on Sunday and pick up her first win since 2014. She has twice finished runner-up in this event including most recently last season. Never one to shy away from a challenge, Lewis welcomes the inclement weather that is expected for the final round.

“I didn’t look at a leaderboard all day until the 18th, and the weather is going to get tougher tomorrow, which I’m glad I’m near the lead for that,” Lewis said. “But we gotta keep making birdies regardless, so stay in my own game and keep making birdies.”

Tee times have been moved up for Sunday’s final round in hopes of avoiding inclement weather in the Bahamas area, hopefully a storm called Stephanie cuts through the field in tomorrow’s final round.