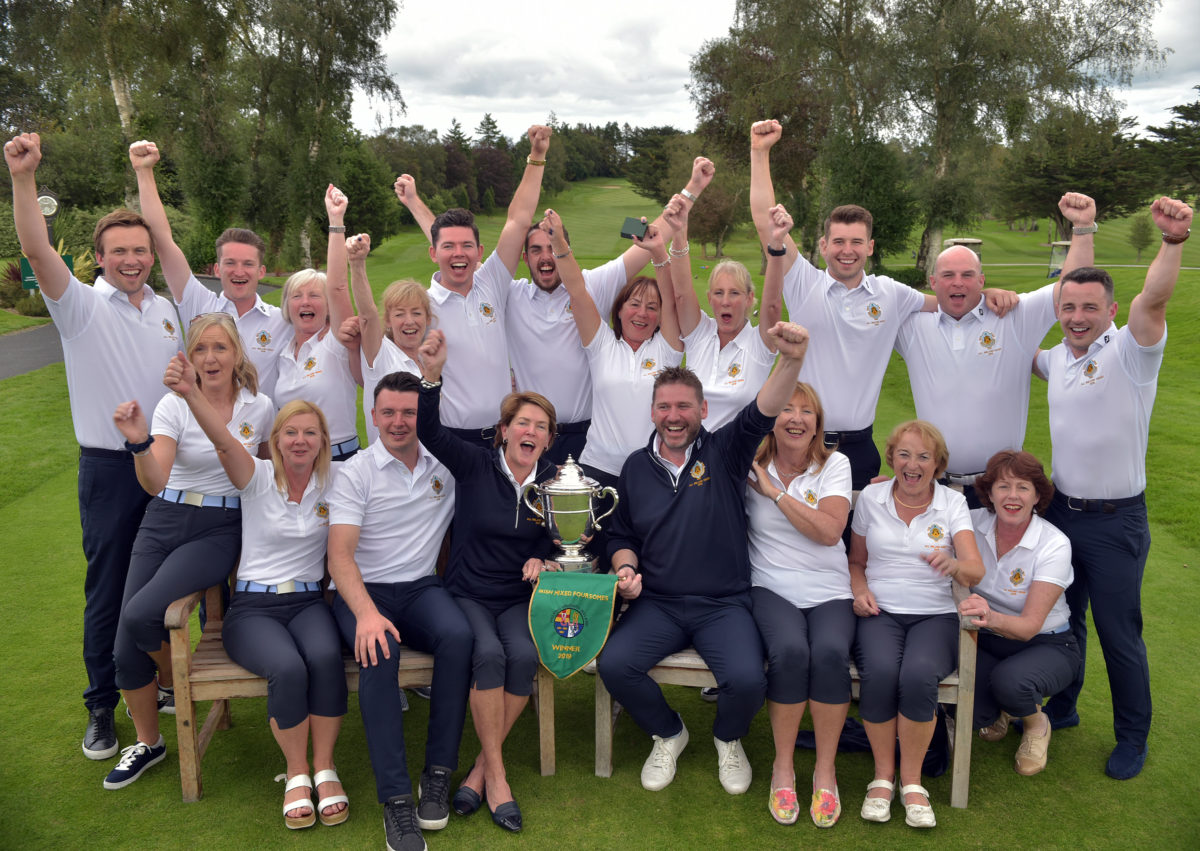 Castle Golf Club laid claim to the Irish Mixed Foursomes in style on Saturday with a 4-1 victory over Ulster champions Ardglass.

Having seen off the challenge off Fota Island at the semi-finals stage, the Leinster side eased to victory at Castletroy Golf Club.

Despite losing the top match, where Alan Lowry and Lisa McDonnell lost to Gareth Donnelly & Claire Rourke by 2&1, the Dublin outfit took the next four matches to storm to the win.

Jack Walsh and Justine Agnew had to seal their match on 18 with a one hole win over Raymond Madine & Dorothy McMullan while Ross McKeever and Blanaid Nally added another point with a 2&1 win on Johnny Feenan and Orla O’Neill. 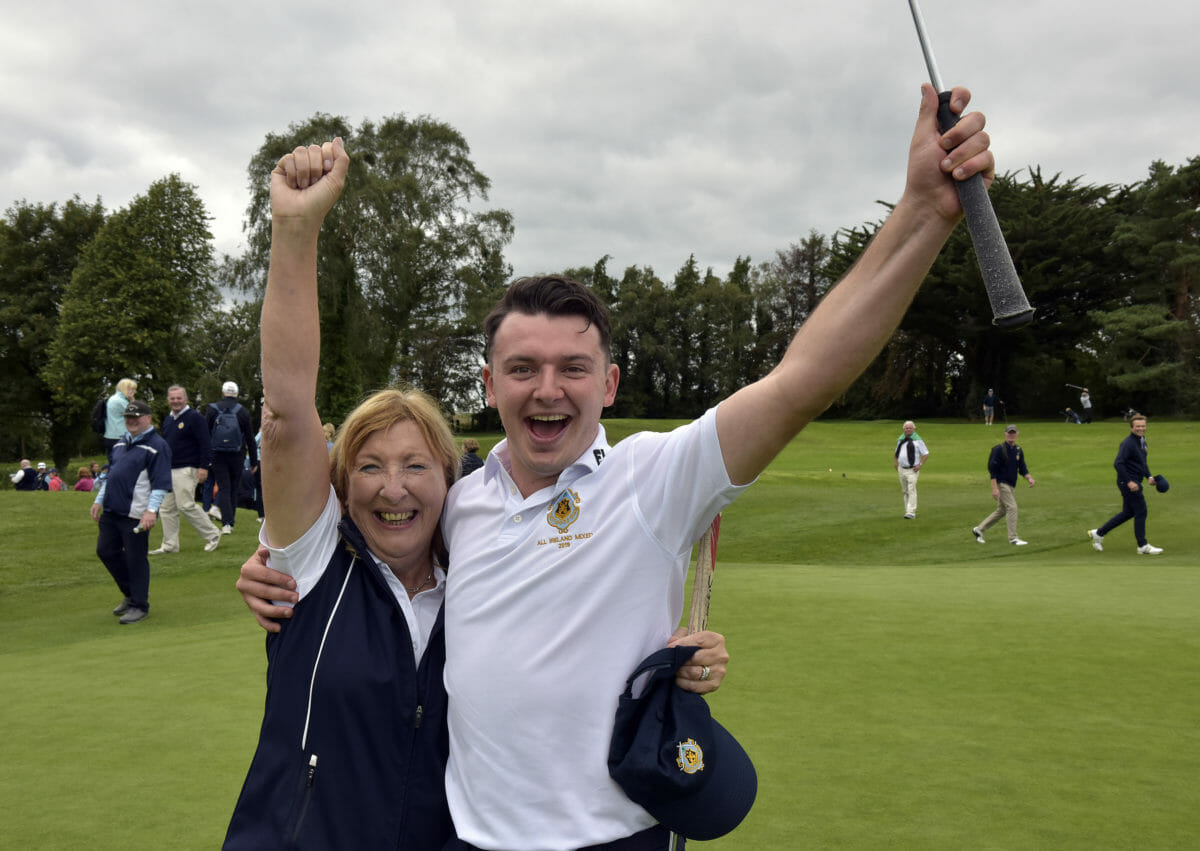 Ross McKeever and Blanaid Nally (Castle) celebrates their victory on the 17th green in the 2019 Irish Mixed Foursomes All Ireland Finals at Castletroy Golf Club today (07/09/2019). Picture by Pat Cashman